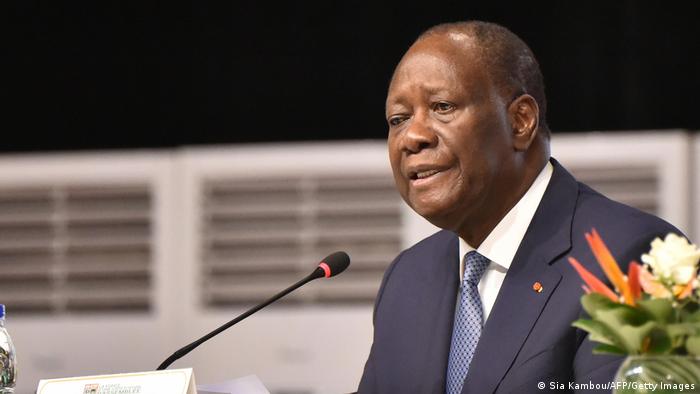 Ivory Coast President Alassane Ouattara has been reelected to a third term after securing 94.27% of the vote, the electoral commission announced Tuesday.

The president's victory in the October 31 election had been widely expected after two leading opposition figures called on their supporters to boycott the vote.

The commission said the final voter turnout was 53.90%, but the opposition claimed that only 10% of Ivorians took part.

The elections results must still be validated by the country's constitutional council.

Clashes surrounding the vote have claimed at least 30 lives in the West African country. There are also fears of a repeat of the election-related unrest that killed more than 3,000 people in 2010-2011, when then-President Laurent Gbagbo refused to concede defeat to Ouattara.

Chief EU diplomat Josep Borrell said: "The violence that resulted in several deaths and injuries must be independently investigated to ensure that justice is done without delay," in remarks carried by the news agency AFP.

The EU expected "all stakeholders" to promote reconciliation and resume dialogue, Borell said.

They also vowed to create a rival "transitional government" that will work to hold "a fair, transparent and inclusive presidential election."

Ouattara, who has been in power for nearly a decade, initially announced he would not seek a third term in order to make way for a new generation. But he reversed that decision after his party's candidate died in July.

The opposition called the 78-year-old's reelection bid an illegal attempt to stay in power, given that the Ivorian constitution limits presidents to two terms. However, Ouattara maintains the two-term cap doesn't apply to him because of a constitutional amendment passed in 2016 that allowed him to restart his mandate.

An African Union observer mission said on Monday that the election was "generally satisfactory."

Meanwhile, a mission from the US watchdog Carter Center said the political and security situation made it difficult to organize a credible vote.

"The electoral process excluded a large number of Ivorian political forces and was boycotted by part of the population in a volatile security environment," it said in a statement.