'It's your responsibility to be what you want'

Following Sunday's election, there are now more non-ethnic German parliamentarians in the Bundestag than ever before. DW discusses the issue of diversity in Germany with freshly-elected parliamentarian Charles Huber. 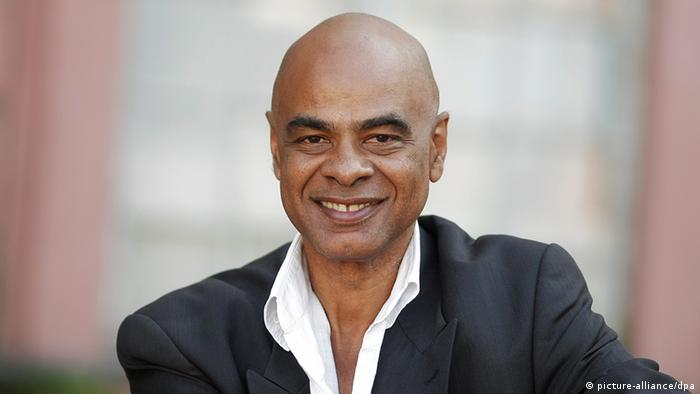 DW: Do you see yourself as "afro-deutsch" or would you describe yourself as a German with a non-German ethnic background?

Charles Huber: I think there is the outside perspective and the perspective from the inside out. I see myself as an individual, not defined by color. But on the other hand, I'm aware of the perspectives from outside to my person concerning color.

In Germany, references are frequently made to 'people with a migration background'. What do you think of the term?

It is an unnecessary term, especially for young people, who were born here. And I think it's not really helpful for integration, or for identification with the country you were born in just because you have a different ethnic background. Concerning my individual situation, I have a different color of skin, but I don't have a migration background. Sociologically defined, I am not a migrant, but of course most of the people don't know that, and visually, maybe I am more a migrant than others.

The number of parliamentarians with a non-German ethnic background has risen from 21 in 2009 to 35 following the recent election. What do you think that means for diversity in Germany?

I think the education profile of young people, like you said before, in inverted commas, with migration background, improved. I mean to get into the German parliament, it would not have been something for the first generation of people who came to Germany, or somewhere else. You have migrants, or people with migration backgrounds, all over the world, and it's very rare, even in countries that have more migrants, to have a parliamentarian of different skin color or different ethnic background in parliament. 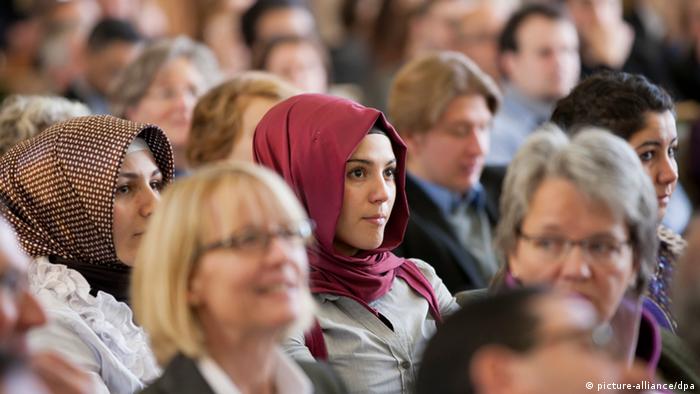 But you can't compare Germany to France, the UK, Norway, or even the Netherlands, which had a black MP who came really from a migration background - Ayaan Hirsi Ali. And the Mayor of Rotterdam is of Moroccan origin. Germany has been lagging behind compared to a lot of western European countries, especially those in the north.

You have to see the reason why. France and Britain have had migrants for a long time because these countries had stronger ties to colonialism in African and Asian countries. Germany did not have that big a tradition of colonialism and people first came in the 60s, but not for jobs in the intellectual sector - just for construction, small businesses and things like that. I think that the next generation had to build itself up in terms of intellectual qualifications.

So what you are saying is that it's related to the level of migrant education here in Germany?

We do have a high level. But you had highly-skilled intellectuals in different countries in Europe who came from former colonies, and, at first, they didn't have the chance either to get into parliament, or even a position in science, or whatever. I think we shouldn't blame Germany.

Obviously, it's a two-way street. You have migrants, or people with migration backgrounds, who perhaps are not engaged enough in society, or perhaps society is not doing enough to engage these people. What does German society need to do to encourage migrants to be more involved in politics? 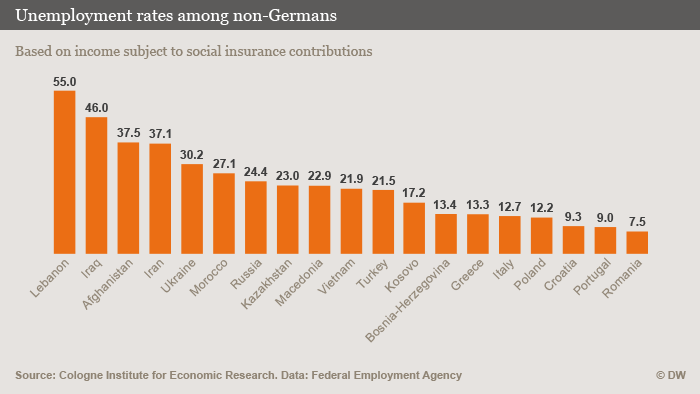 Immigrants continue to be over-represented in the German unemployment statistics

So basically, you think that a rising number of parliamentarians with a migration background will have to come from their own initiative?

In all the things you do, you have to take the initiative, and it's not a matter of skin color, or whatever. Success should not be based on the initiative of the government to make you successful. It's up to you.

But on the other hand, countries like the United States have had affirmative action and other methods of trying to make sure that people who have been denied opportunities in the past got access to them. Of course, whether that worked well is a whole other question, but we do see improvements in those societies in terms of equality between different races and ethnic groups based on quotas sometimes.

But you also see there are people who prove it without them. You have people in parliament, in responsible positions with a different look, which can be defined under the aspect of diversity. You have computer experts from India, accountants from India. You have people in responsible positions at BMW, Mercedes, or whatever, who come from Africa, from all over, from Russia. I see that, and they are highly qualified. That's it. I think everybody has the chance here and you see that concerning my own career.

Are there any political issues for which you would say you have more in common with other parliamentarians who may have different backgrounds, ethnically speaking, than, say, your fellow party members?

No, I think we all, real migrants, or false migrants like me (chuckle), we all have the intercultural competence in common. And I think most of us are aware and have an awareness of the other part of our culture and if we have that awareness and we have the knowledge of the different cultural issues, there is a big chance from these differences and I think we use that.

Do you think there are issues, like immigration and integration, for which people like yourself may bring a better understanding?

I think our way of argumentation may be different. The facts are all the same, but how you explain it to people I think is quite different.

Charles Muhamed Huber was born in Munich, the son of a Senegalese diplomat and German mother.The actor, who is best known for his role in the German detective series ''Der Alte (The Old Man), was elected to the German Bundestag as a member of Chancellor Merkel's conservative Christian Democrats in the 2013 German federal elections.

German passports elude too many migrants

A test introduced five years ago is just one of the hurdles to becoming a German citizen. And it's not the most challenging one. If Germany wants more immigration, experts say, such barriers need to be lowered. (02.09.2013)