Italy has been trying to mediate in a conflict between Libya's UN-backed government and forces loyal to General Khalifa Haftar. The conflict has revealed bitter divisions between Italy and one of its EU neighbors. 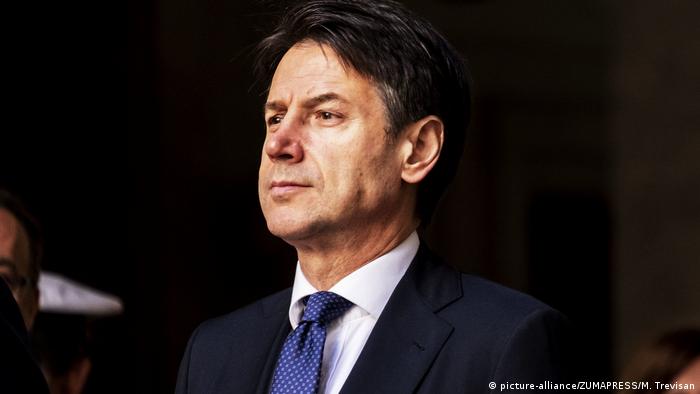 Italian Prime Minister Giuseppe Conte said Thursday that he reiterated a call for a ceasefire in Libya during a surprise meeting in Rome with Libyan strongman General Khalifa Haftar.

"We want a ceasefire and we feel that the political path is the only solution," he said.

Haftar's self-proclaimed Libyan National Army (LNA) has been fighting forces loyal to the UN-recognized Government of National Accord (GNA) since early April as part of an offensive to capture the capital city of Tripoli.

"I expressed the concern of Italy and of my government for the current situation, which we consider very critical," he added, without providing details on Haftar's response to the ceasefire call.

Haftar is expected to travel on to Paris for meetings with French President Emmanuel Macron, Italian media reported.

France and Italy have squabbled over the conflict, with France a longtime backer of Haftar and Italy a strong supporter of the GNA.

Libya's political turmoil began after the ouster and killing of longtime dictator Moammar Gadhafi during a NATO-backed uprising in 2011.

Alongside the rivalry between the GNA and the LNA, several militias, including jihadi groups, have vied for control of key cities in the North African country.