The former prime minister insisted that he had enough support but that he would not seek the job. Another major candidate, current Prime Minister Mario Draghi, has sidestepped questions on whether he will run. 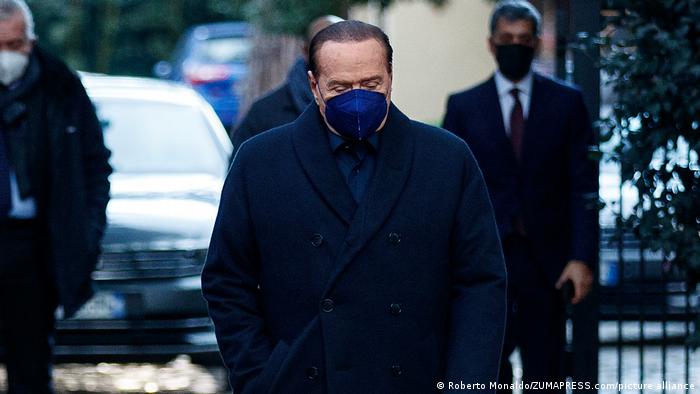 Berlusconi said he had enough support, a claim doubted by analysts and coalition partner Matteo Salvini

Italy's president, a largely ceremonial role, is elected by the members of the two chambers of parliament as well as representatives of country's regions and autonomous provinces.

The outgoing Italian president, Sergio Mattarella, is a political independent who was elected in 2015.

'I will serve my country in another manner'

Berlusconi's statement was read out by a representative at a virtual meeting of three of Italy's right-wing parties.

"I have decided to follow another path on the way to national responsibility and request that everyone abstain from putting forward my name to be president of the republic," the statement said.

"I will serve my country in another manner." 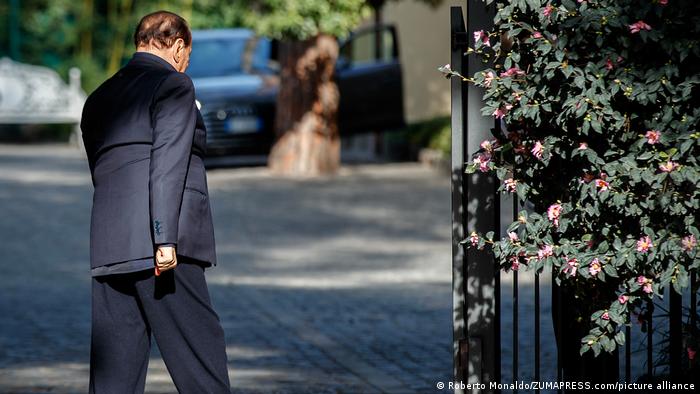 Berlusconi insists he had enough support

The nationalist Fratelli d'Italia (FdI, Brothers of Italy) and League parties had pledged their support to Berlusconi. However, the votes of those two parties and Berlusconi's center-right Forza Italia party are not enough to ram through a candidate for president.

Berlusconi said that he had enough support, but that he did not want to seek the job. Instead, he called for another candidate to be proposed by Forza Italia, the League and FdI.

However, analysts have doubted that Berlusconi had already shored up the necessary support.

Matteo Salvini, the leader of the nationalist League party, praised Berlusconi's "generous" decision, which he said enabled them to propose candidates "without any more vetoes from the left."

A two-thirds majority is required in the first three rounds of voting, meaning it is unlikely a winner will emerge early on. The fourth round requires a simple majority.

The current prime minister, Mario Draghi, is seen as a major candidate for the presidency. Because he cannot hold both positions, negotiations have been ongoing for weeks about how to proceed with his government. Draghi has for months sidestepped questions on whether he would run for the presidency. Berlusconi and other party leaders have called for Draghi to remain in the post of prime minister, arguing that the current government should complete its mandate and enact structural reforms in the wake of the coronavirus pandemic.

Breaking from this position, FdI president Giorgia Meloni has called for a fresh general election following the presidential race.

Draghi formed a unity government of parties from across Italy's political spectrum. FdI is one of the few groups that did not support Draghi and is currently the largest party in opposition.

Italy's next general election is due in 2023.