Just days after being thrust into the nation's political turbulence, the former European Central Bank chief began detailed talks with party heads. It's still not clear if he can win support from a parliamentary majority. 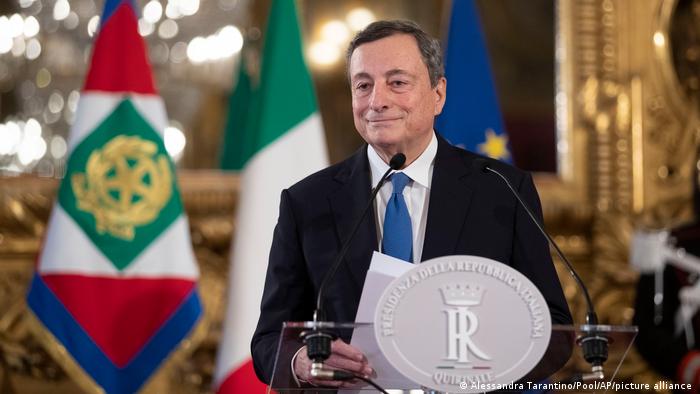 This comes after Italy's largest party in parliament, the 5-Star Movement, softened its initial hostility to Draghi's appointment.

The center-left Democratic Party (PD) has given Draghi its backing.

However it remains unclear whether he will manage to muster a majority after Matteo Salvini's right-wing League said it would not support a government backed by 5-Star.

With Italy's hospitals and economy both struggling during the coronavirus pandemic, Draghi was given a mandate on Wednesday to form an administration after the previous coalition government collapsed.

President Sergio Mattarella said in a televised address that it would be folly to hold snap elections and risk months of rudderless coalition-building in the midst of the coronavirus pandemic. Instead, he outlined his plan to ask Draghi to try to establish a technocrat government for the shorter term. 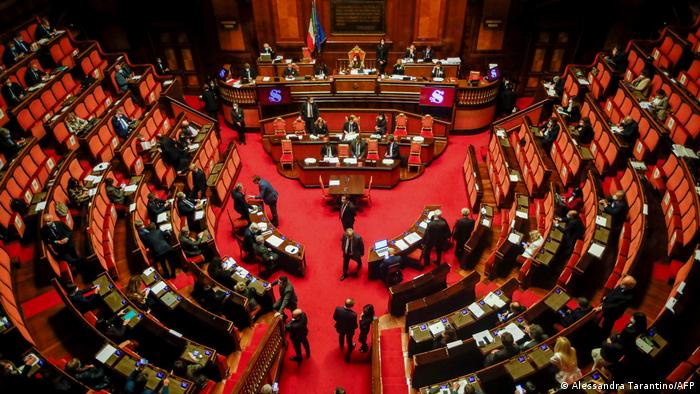 Italian lawmakers failed to prevent government collapse, and President Sergio Mattarella called on Draghi to step in, saying he felt holding snap elections in the middle of the pandemic would be a grave misstep

Outgoing Prime Minister Giuseppe Conte, in his first public comments on the political tumult since his failure to re-establish a working coalition, wished Draghi well.

PD leader Nicola Zingaretti said on Thursday that Draghi could count on his party's support, adding that he saw an 80-90% chance that he would manage to form a government.

Additionally, Matteo Renzi, another former prime minister and current head of the Italia Viva party — and crucially, the man who toppled Conte's government — has also offered Draghi his unconditional support.

In the case of the 5-Star movement, the former ECB head is a difficult candidate. He was central in enforcing the tough European bailout conditions and austerity measures of recent years; public dissatisfaction with this belt-tightening helped propel the 5-Star Movement from the political fringes to becoming one of Italy's largest parties. 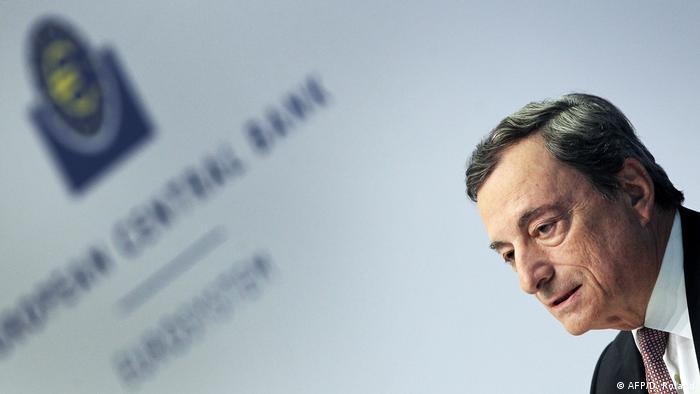 'Super' Mario Draghi, former head of the European Central Bank, is often credited with saving the eurozone from collapse — though opinions in Italy itself might be more mixed

Career economist Draghi, the former president of the ECB and one of the most respected institutional figures in both Italy and throughout Europe, has no history in electoral politics.

Though "Super Mario" is often credited with saving the EU's single currency while head of the ECB between 2011 and 2019, he now faces an arguably tougher task.

"Despite his stature, it is not at all clear if he can win backing from a fragmented parliament that has seen two governments fall apart since 2018," commented Federico Santi, senior analyst at the Eurasia group.

Draghi's role in creating a unity government comes as the nation of 60 million remains in the grip of the deadly coronavirus pandemic, which has killed 90,000 so far.

At the same time, Rome must come up with a plan within weeks to boost its recession-stricken economy, the third largest in the eurozone. Draghi will be all too familiar with Italy's longer-standing debt difficulties, having spent years on the other side of that issue at the head of the ECB.

Draghi has indicated that by Saturday he would wrap up his consultations and decide whether he has enough backing to form what would be Italy's 67th government since World War Two.

Should he fail to secure a majority, the fallback option would be snap elections, with a right-wing bloc led by Salvini and his League expected to emerge as the strongest alliance again. Though the balance of power in Italian politics is as finely poised as ever, so the most likely outcome of a vote might prove to be another stalemate as the country's rival parties try to form a viable coalition with a working majority. After each of the last general elections of 2013 and 2018, the subsequent coalition-building process took several months.