Giuseppe Conte, in power since 2018, has stood down after one of his governing partners pulled out of the coalition. The former law professor will try and form a new government to avoid a snap election. 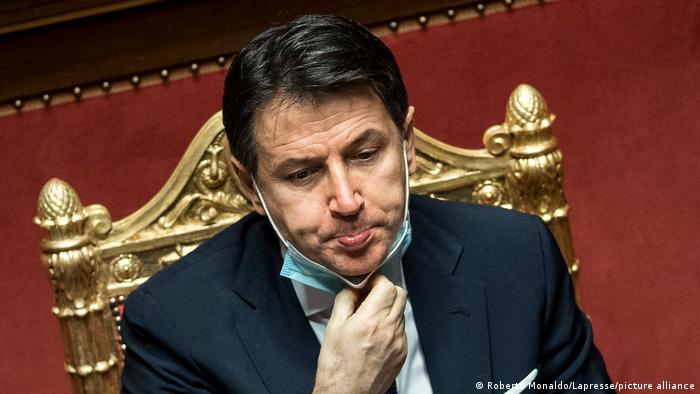 Italian Prime Minister Giuseppe Conte stood down on Tuesday amid criticism of his handling of the coronavirus pandemic.

President Sergio Mattarella confirmed he had accepted Conte's resignation. The prime minister held a Cabinet meeting earlier this morning to inform the government of his plans.

Conte, in power since 2018, quit after ex-PM Matteo Renzi pulled his Italia Viva party out of the governing coalition. 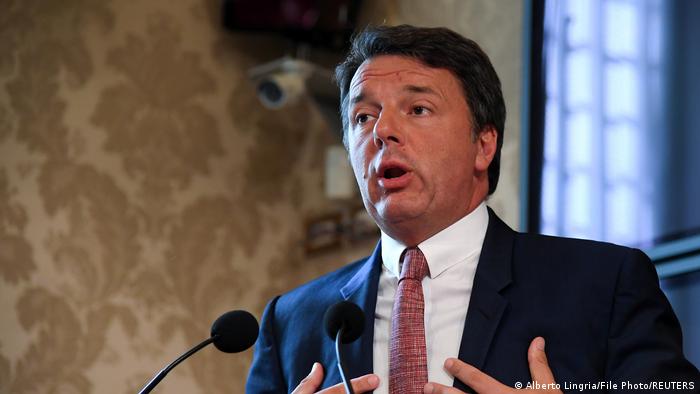 Conte survived a confidence vote in Italy's lower house of parliament last week, but failed to secure a majority in the Senate, the upper house.

After resigning, Conte still hopes to return, and will now try to form a stronger government by tapping new potential coalition partners.

His remaining allies, the center-left Democratic Party and the populist 5-Star Movement, have already said they will back the former law professor.

If Conte fails to form a new governing coalition, President Mattarella could ask another candidate to try and form a new administration, or fresh elections would be called.

Government under pressure over pandemic response

More than 85,000 people have died in Italy since the outbreak of COVID-19 last year and ministers are also under fire for the perceived slow rollout of the EU's vaccine scheme.

The Italian government on Sunday threatened to sue pharmaceutical giants over the delays in delivering contracted shots.

Conte, who is an independent and not officially affiliated with any political party, also has had to contend with the country's high unemployment and public debt.

He initially headed up a coalition between 5-Star and Matteo Salvini's far-right League party. But Salvini quit in August 2019 in a failed bid to trigger new elections.

The ruling parties want to avoid snap elections this time. Opinion polls suggest they would lead to victory for a center-right coalition comprising Silvio Berlusconi's Forza Italia and the League party.

After three parties in Prime Minister Mario Draghi's national unity government refused to back him in a confidence vote in parliament, President Sergio Mattarella accepted the premier's second offer to step down.