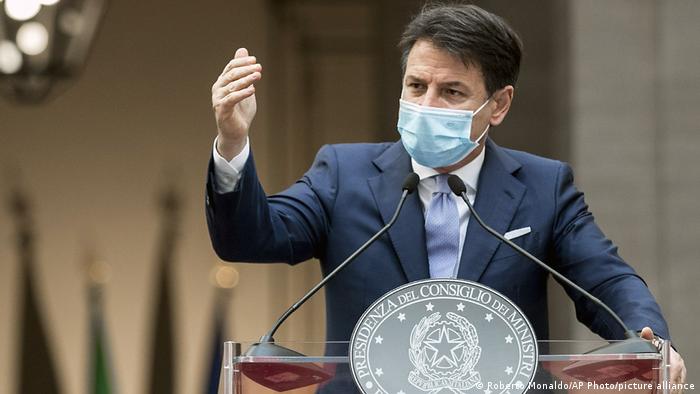 Italy's ex-prime minister Matteo Renzi triggered a political crisis by taking his Italia Viva (Italy Alive) party out of the ruling coalition and leaving Prime Minister Giuseppe Conte without a ruling majority in the upper chamber of the parliament, the Senate.

The Italia Viva party is a small but crucial centrist party led by Renzi, who governed Italy from 2014 to 2016.

Why did Renzi quit?

Renzi had long threatened to quit the governing coalition and had criticized Conte's plans for spending €200 billion ($243 billion) in EU coronavirus aid. The funds are aimed to relaunch Italy's ailing economy.

Renzi also reportedly had enough of Conte's frequent governing through decrees instead of turning to parliament.

"Italy Alive didn't provoke the political crisis,'' Renzi told a press conference Wednesday. "We won't allow anyone to have full powers," he added.

Renzi pledged to still support the government on policies aimed at helping business and anti-pandemic measures. The politician also signaled he was ready for compromise, telling reporters in Rome that further developments were "up to the prime minister."

"We are ready for all kinds of discussions," Renzi said. 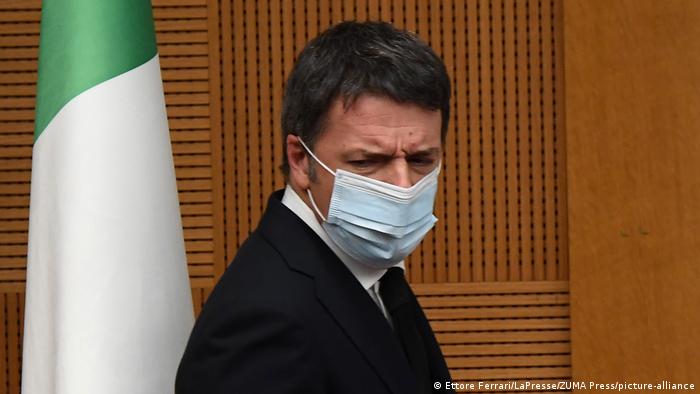 Matteo Renzi has been displeased with Premier Conte's use of declarations

One possible scenario would be for coalition parties to negotiate a new pact with Renzi's party, which could result in a cabinet reshuffle. However, it is unclear if Conte will take this path in negotiating further with Renzi.

If a governing coalition cannot agree on a way forward, Italian President Sergio Mattarella could try to put together a
government of national unity to address the ongoing coronavirus crisis.

Mattarella could also dissolve parliament, and trigger a snap election rather than risk an alternative coalition with fragile support.

The 45-year-old Renzi has said he is confident there will be no snap election.

What is Conte's position?

Earlier on Wednesday, Conte said he hoped Renzi would stay in the government and that the cabinet would stick together until the next scheduled elections in 2023.

With Italy still pounded by the coronavirus pandemic, Conte added that "for sure, the country would definitely not understand a crisis…people are asking us to go on, in such a complex, difficult situation."

It remains to be seen how Conte, or his main allies, the 5-Star Movement and center-left Democratic Party (PD), will respond.

Conte still enjoys a comfortable majority in the Chamber of Deputies, the lower house of Italy's parliament.