The euro has fallen to its lowest value against the dollar in almost a year. Investors fear Italy is heading toward fresh elections by the end of the summer, after populist parties there failed to form a government. 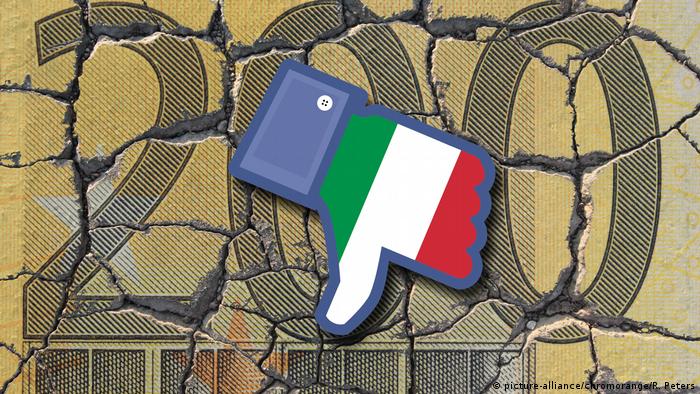 The euro and US and European stock markets fell on Tuesday amid fears that political uncertainty in Italy could lead to broader instability in the eurozone.

How the market responded to Italy's turmoil

'Work things out within the eurozone'

A senior official in the US Treasury Department, speaking on the condition of anonymity, told reporters that Italy should work to resolve its current political crisis while staying within the eurozone.

"I think it would be better if they were to work things out within the eurozone without making significant changes there, and certainly the Italians have the opportunity to do that," he said. He added that he saw no immediate danger to the stability of the wider financial system.

Why Italy matters: Italy is the the eurozone's third largest economy. It has struggled to grow since the 2007-2009 financial crisis and has an enormous debt pile. Investors are worried that euroskeptic parties could form a future government that would abandon the euro or commit to spending that would cause wider instability in the bloc.

What's next? The country is likely to hold fresh elections by the end of the summer after Italian President Sergio Mattarella blocked efforts by two euroskeptic parties — the populist 5-Star Movement (M5S) and the right-wing League — to form a coalition government. Mattarella has tasked former economist Carlo Cottarelli with forming a caretaker government, but it is unlikely to win necessary approval from the Italian parliament.

Not just Italy: Other challenges are also putting a strain on global markets, including international trade tensions over US protectionist tariffs and uncertainty about the future of the 2015 Iran nuclear deal, along with nuclear tensions between the US and North Korea.

EU Budget Commissioner Günther Oettinger's comments to DW that market pressures could "play a role" in voting habits in Italy have landed him in hot water. The German politician has since apologized. (29.05.2018)