It was a campaign pledge of Italian Interior Minister Matteo Salvini: The right to defend against intruders by any means necessary. Now, being able to grab a gun in self-defense is one step closer to reality. 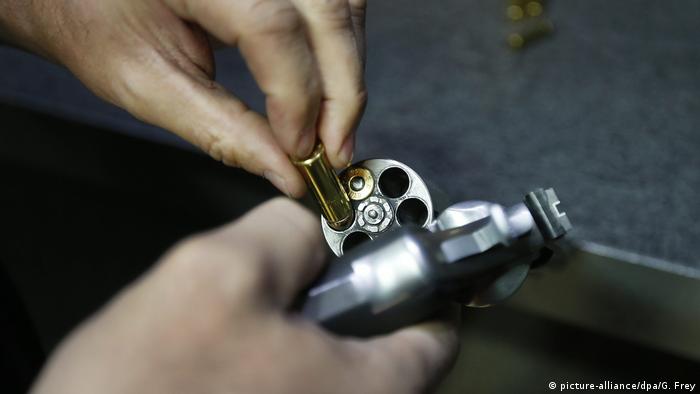 The Chamber of Deputies, Italy's lower house of parliament, on Wednesday voted in favor of a draft law on self-defense in the home.

The bill specifies that "defense is always legitimate" in a person's home. It aims to protect a person who acts in self-defense in response to a perceived threat from an intruder.

Under current legislation, a person who harms an intruder, even in cases of self-defense, can be held responsible for damages.

The bill is reminiscent of US "stand your ground" laws, which often allow a person to use lethal force to defend themselves against an intruder on their property. In Germany, self-defense is vaguely defined, with the criminal code stating "a person who commits an act in self-defense does not act unlawfully."

Victory for the right

During an election campaign stop in 2015, he vowed to change the law. "If you enter my house on foot, know you could be leaving lying down," Salvini said. "Stay at home, go to work, that way you don't risk anything."

The bill passed with support from Salvini's League party and other right-of-center parties, including Forza Italia and Brothers of Italy. Several lawmakers from the League's coalition partner, the leftwing populist 5 Star Movement (M5S), voted against the bill.

Although M5S leader Luigi Di Maio voted in favor of the law due to coalition agreements, he said: "If we start to stay that you can use arms more often, this is not my kind of country."

The bill will now head to the Senate for a vote on March 26.