Veteran mayor Leoluca Orlando has transformed the Sicilian capital from a Mafia stronghold into a beacon of migrants' rights, and opera has been key. But Palermo's inclusive vision may be about to die.

When the Rainbow Choir reunited for its first rehearsals after the pandemic last summer, the sense of excitement was palpable. "Louder," bellowed the ensemble's maestro, snapping his fingers as he paced around the room. The young singers needed little encouragement — grinning in unison, they soared through another verse of an Italian movie soundtrack.

Run by the Teatro Massimo, Palermo's majestic opera house, the Rainbow Choir unites children from the city's many migrant communities, from Romanian to Philippine to Bangladeshi. The ensemble's appearances in concerts and international opera productions can provide life-changing experiences for its often disadvantaged members. And, after a long, grueling lockdown, the young singers were keen to get back to work.

"When I sing, I feel like I have been reborn," said Carmela, an 11-year-old Ghanaian member (photo above). "I want to do opera, I hope to become a professional [...] I also want to go to the conservatory."

The choir was launched in 2014 by the Teatro Massimo and the Consulta delle Culture, an elected body representing migrants' interests. Initially intended to draw migrant parents into the theater, the ensemble ultimately became a lifeline for many of its young members. 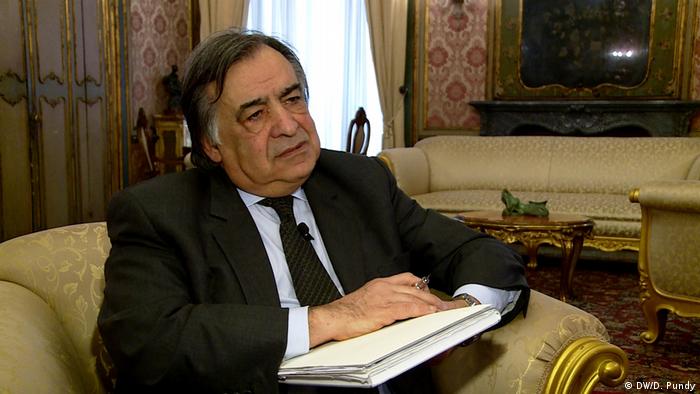 Leoluca Orlando has been a force in Palermo politics for decades

The initiative is a testament to the pioneering vision of Leoluca Orlando, Palermo's veteran mayor. Since freeing the city from the grip of the Mafia in the 1980s and 1990s, Orlando has sought to transform the Sicilian capital into a beacon of migrants' rights. However, with Italian right-wing leader Matteo Salvini's popularity growing locally, and Orlando preparing to step down before local elections in spring 2022, the long-term survival of the mayor's project hangs by a thread.

Few Italian cities appear as welcoming to migrants as Palermo. With residents from 127 countries and an immigrant population that has almost tripled in nearly two decades, to 24,000, Palermo is Italy's most ethnically diverse city. The walls of its historic center are plastered with multilingual street signs in Italian, Hebrew and Arabic. An architectural patchwork of Moorish domes, sweeping Norman arches and dazzling Byzantine mosaics testifies to centuries of sociocultural and ethnic mixing.

Yet Italy's bureaucracy turns many undocumented migrants — they numbered roughly 600,000 in 2020, according to government estimates — into second-class citizens. Those without work or residence permits are often forced into illegal employment and barred from access to public health care and social services, said Ibrahima Kobena, president of the Consulta delle Culture, in an interview. Moreover, Italy's birthright laws do not bestow citizenship on children who do not have an Italian parent. Despite being born in Italy, Carmela, who lives with Sicilian foster parents, will not be entitled to Italian citizenship until she is 18.

The choir has helped redress the balance. "Italians feel like the boss. If your skin is a different color, they treat you badly," said Angela Assare, a 13-year-old member who is also from Ghana. "In the choir, we are all equals. It helps us understand that we are not animals." 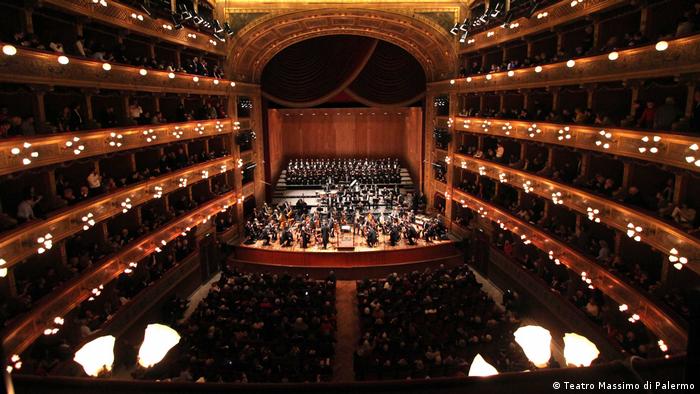 Whole families have been lifted by the choir's work. One parent, Rudy Chateau, relocated from Mauritius to Palermo as an undocumented migrant in the early 2000s, picking up irregular work at a parking lot, and supporting his family on €500 ($587) a week. Rudy and his wife, Stephanie, would skip meals to feed their son, Niguel. Today, they have work permits and steady jobs. "When the conductor chose Niguel [to sing in the choir] we were so proud," said a beaming Stefania. "We entered the theater for the first time, and we were like 'Wow.'"

The choir is one of a rich array of local policies and initiatives benefiting migrants. Orlando has described Italy's residence permit as a "new form of slavery," offered newcomers to Palermo "honorary citizenship" and, in 2018, locally overruled the then-Interior Minister Salvini's order to close Italy's ports to migrant boats. Launched by Orlando's administration in 2013, the Consulta delle Culture has united Christian and Muslim leaders in mosques, organized multicultural parades through the city and helped draft Palermo's pro-migrant manifesto.

But a battle for the heart and soul of Palermo is brewing ahead of next year's elections. A string of defections of conservative politicians to Salvini's League hint that the party is on the way to becoming the dominant right-wing force in Palermo. Meanwhile, Orlando's popularity has slumped. After an economically suffocating pandemic and perceived chaos at city hall, which culminated a year ago with the resignation of two deputy mayors, in July the veteran was voted the third least popular of 105 mayors in a poll by newspaper Il Sole 24 Ore.

Last summer, many in the city's impoverished historic center voiced open dissent. "Palermo is not like once upon a time. Now there are foreigners here, and we don't get on well," said Ottavio Pensionato, 70, in the working-class Capo district. "Orlando has abandoned us. He doesn't think about us Palermitans," said Francesco Paolo, an unemployed 30-year-old, in a piazza surrounded by crumbling buildings in the Vucciria district. "Salvini's first concern is the Italians. He's getting my vote." 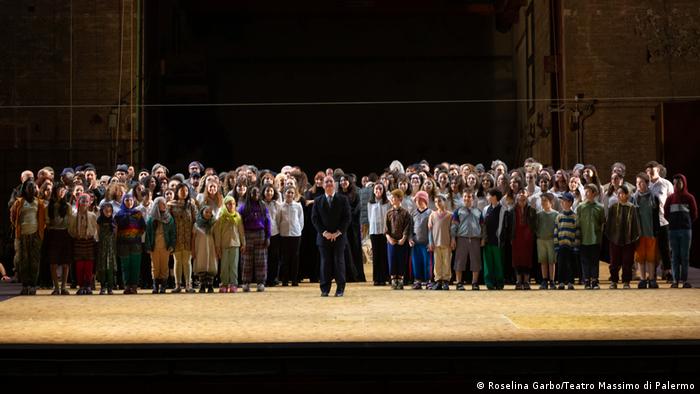 The Rainbow Choir performed in Richard Wagner's opera 'Parsifal' in 2019

Orlando remains resolute: "There is only one way to combat populism. By having respect for time," he said during an interview in the sumptuous villa of Palermo's mayors. Yet time may be running out. "There is no indication that the mayor's vision will continue," said Kobena. "If there is no successor, the Palermo he has created will die."

A victory for the right would spell the end of the Mediterranean's most ambitious integration project. Yet Orlando's legacy will live on in those lives that have been transformed. "We are all from different nations," said Carmela of the Rainbow Choir. "We are many different voices that come together as a single, more beautiful voice."

This project was realized with the support of The GroundTruth Project.