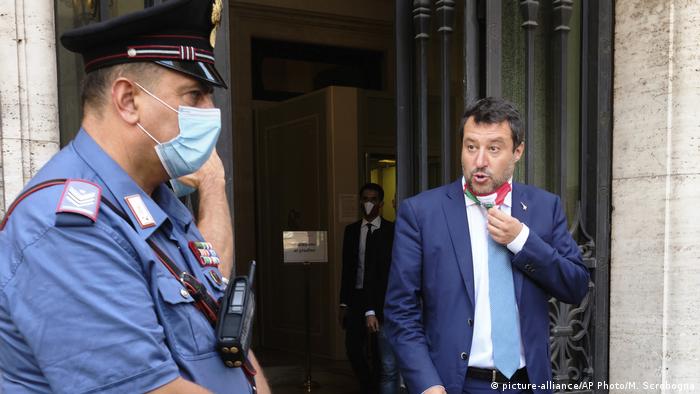 The Italian Senate lifted Salvini’s immunity in August 2019, clearing the way for the charges

Matteo Salvini, the head of Italy's right-wing League party, should not stand trial on charges he kidnapped a group of migrants at sea, a judge in the Sicilian city of Catania ruled on Friday.

The case centered on an incident in July 2019, when Salvini stopped over 100 largely Sudanese migrants aboard the Gregoretti coast guard ship from disembarking for six days. During that t, there was an outbreak of scabies and a suspected case of tuberculosis.

The migrants were eventually allowed to leave the boat after Italy brokered a deal with other EU states. 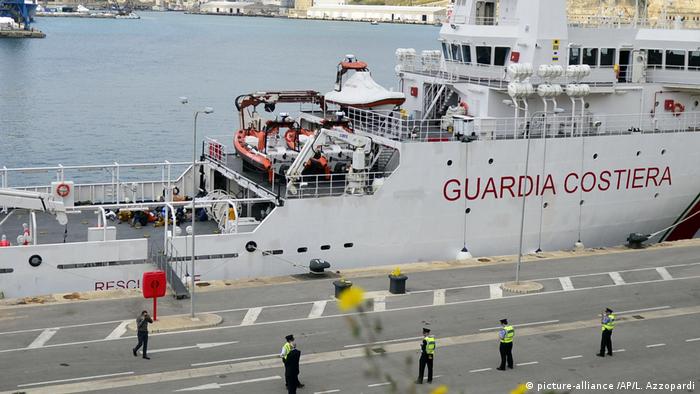 Salvini, who was Italy's interior minister at the time of the incident, stopped the migrants from leaving the ship under his so-called "closed ports" policy. He argued it was necessary to protect the country amid a surge of migrants arriving on Italy's shores.

Following the incident, Italy's Senate voted in 2020 to strip the politician of his parliamentary immunity, paving the way for the trial.

But prosecutors in Catania had asked the judge not to send Salvini to trial. They argued his decision did not violate international treaties and was not to be considered a kidnapping.

After leaving court on Friday, Salvini said the ruling shows that "a minister who defended the dignity and the borders of Italy is a minister who simply did his duty."

Another legal battle for Salvini

Salvini's legal battles about his "closed ports" policy are not over. He faces another trial in September in a separate but similar case.

In Palermo, he is charged with kidnapping and abuse of office for refusing to allow 164 migrants off the rescue ship operated by Spanish charity Open Arms for six days in August 2019.

"If there was no kidnapping found in Catania, I don't know why there should be any in Palermo," said Salvini.

He could face up to 15 years in prison if found guilty.