Europe's top human rights court has ruled against authorities in a landmark case of domestic violence in Italy. Rome has struggled to combat violence against women, although officials say the situation is improving. 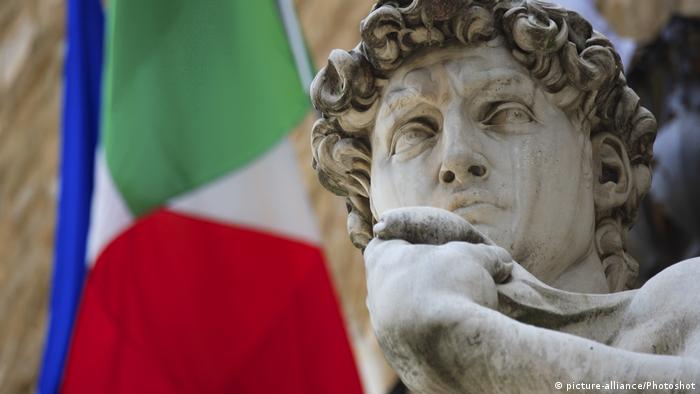 The European Court of Human Rights (ECHR) on Thursday ruled that Italy failed to protect a mother and son from multiple accounts of domestic violence spanning less than two years.

Italian authorities created a "situation of impunity conducive to the recurrence of the acts of violence, which had then led to the attempted murder" of a wife and the death of her son, the court said in a press statement.

In 2012, the husband attacked his wife with a knife and ordered her to have "sexual relations with his friends." Police responded to the incident by fining the man for carrying a prohibited weapon and telling the wife to go home.

Domestic violence: 'I don't want to be a victim'

A camera team interviewing Katja Schneidt once remarked that she didn't look sad enough to be a victim. She now sees speaking up about domestic violence in Germany as a struggle against the perpetrators - and clichés.

A year later, the husband again attacked his wife with a knife and stabbed his son, who attempted to breakup the quarrel. The child later died of his injuries.

Police responded to at least four accounts of domestic violence in less than 18 months involving the married couple. But the court found that Italian authorities did not provide "appropriate protection" to the woman and her child.

The court ruled that the "violence inflicted upon (them) should be considered as being grounded on sex and that it consequently amounted to a form of discrimination against women."

Italy has struggled to combat violence against women for decades. In 1981, Italy formally outlawed reduced sentences for "honor" killings. Before that, a man who killed his spouse, daughter or sister after "discovering her in illegitimate carnal relations" would receive a reduced sentence of three to seven years.

"Most manifestations of violence are under-reported in the context of a family-oriented and patriarchal society where domestic violence is not always perceived as a crime," Manjoo said. "There is economic dependency and there are perceptions that the state response to such complaints will not be appropriate or helpful."

However, Italian officials said cases of violence against women have dropped significantly over the years. In 2016, reports of domestic violence decreased by 23 percent, while instances of women murdered by their partners dropped by 5 percent, according to the interior ministry.

The EU Fundamental Rights Agency (FRA), which advises member states on basic legal rights such as freedom of expression and the right to equality, reported in 2014 that roughly one in five women across the bloc experienced physical or sexual violence from a partner.