The 'ndrangheta organized crime network took over from the Cosa Nostra as the wealthiest and most powerful Italian Mafia in the world. Another 355 people will be tried and face sentencing in coming years. 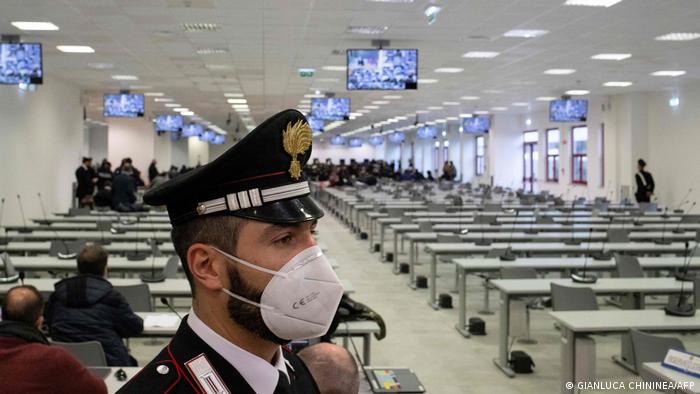 A police officer stands in the specially adapted courtroom where hundreds of Mafia members are being tried in Lamezia Terme, Calabria

An Italian court on Saturday sentenced 70 members of the powerful mafia group, the 'ndrangheta, during the first stage of a massive trial tackling organized crime.

Judge Claudio Paris convicted the first batch of 91 defendants at expedited trials behind closed doors in a specially-designed courtroom in the Calabrian city of Lamezia Terme.

A total of 355 suspects, including accused 'ndrangheta Mafia leaders, will be judged during cases that could last two years or longer, court officials said.

The Italian justice system has prepared a specially adapted courtroom to judge defendants in the "maxi trial" of alleged mobsters that operated in the Calabria region on the "toe" of the Italian mainland.

Judges handed six of those convicted at Saturday's trials the maximum 20-year sentence asked for by prosecutors. They included Pasquale Gallone, 62, the right-hand man of alleged 'ndrangheta boss Luigi Mancuso and Gregorio Niglia, who was convicted of buying weapons and extortion.

They acquitted 21 of the accused, seven at the request of prosecutors, according to famed anti-Mafia prosecutor Nicola Gratteri. 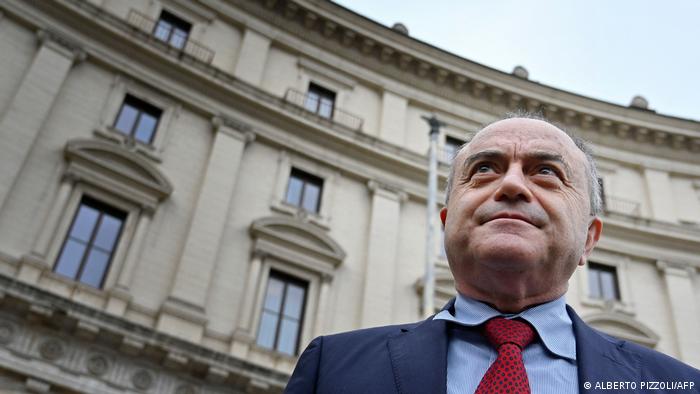 Gratteri, who has lived under police escort for the last 30 years for his efforts to lock up the 'ndrangheta, said the sentencing had gone "very well."

"Out of 91 defendants, there were 70 presumed innocent who were convicted," Gratteri told Italian news agency AdnKronos, adding those acquitted were minor offenders.

How important are these convictions?

The 'ndrangheta rose to prominence as the most powerful Mafia in the world after another "maxi trial" in the late 1980s dealt a heavy blow to Sicily's Cosa Nostra.

Prosecutors believe the organized crime group controls the majority of the cocaine flowing into Europe.

Experts believe 150 families are part of the organization, supported by 6,000 members and affiliates in its base of operations in Calabria. Thousands more are believed to work for the 'ndrangheta worldwide.

Their international reach allows them to reinvest in the legal business ventures mainly in Calabria.

Hundreds of lawyers and nearly a thousand prosecution witnesses are involved in the trials.

The fast-track justice option allowed those convicted to have a third of their sentence removed by judges.