Rocco Morabito of Italy's 'ndrangheta Mafia was arrested in Brazil, two years after his escape from a prison in Uruguay. Known as "the king of cocaine," he had escaped with other inmates through the roof of the prison. 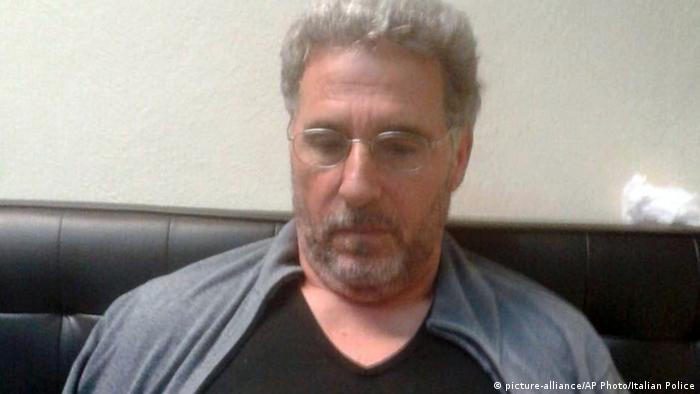 Italian mob boss Rocco Morabito was arrested Monday in Joao Pessoa in northeast Brazil, almost two years after he escaped from a prison in Uruguay, where he was awaiting extradition to Italy.

Morabito, who was a captain of Italy's 'ndrangheta Mafia, was arrested after a joint investigation between Italy and Brazil's federal police. He is wanted in Italy on charges of drug trafficking.

"There are records of Rocco Morabito's involvement in [...] drug trafficking between Brazil and Europe since the 1990s," said the Brazilian police.

He was arrested with another fugitive, authorities said. Italian news agency ANSA reported that Italian and United States authorities were also involved in the arrest.

Also known as "the king of cocaine," Morabito stands accused of ensuring the transport of drugs into Italy and their sale in Milan, as well as attempting to import 592 kilograms (1,300 pounds) of cocaine from Brazil in 1992, and 630 kilograms a year later.

Morabito has been on the run since a 1994 police operation where he was caught paying millions to import cocaine into Milan from South America.

He initially fled to Brazil, and is believed to have lived in Uruguay since 2002 after entering the country on a false Brazilian passport. He was sentenced to 30 years in jail in Italy in absentia.

After living under a fake identity for 13 years in a Uruguayan town, he was arrested at a hotel in Montevideo in September 2017. In January 2019, Morabito and three other inmates escaped through a hole in the roof of the prison. A massive manhunt was launched, which also led to the resignation of Uruguay's police chief.

The 'ndrangheta is one of the world's most powerful organized crime groups, and is the leading smuggler of cocaine into Europe. The group is also involved with arms trafficking, prostitution and extortion.

Father Luigi Merola led a parish on the outskirts of Naples until the local mafia threatened his life. He then retired from active ministry, but for years he’s been a street priest, running a youth center.

A key witness in the trial against the organized crime group 'ndrangheta in Italy is Luigi Bonaventura, who began cooperating with investigators in 2006.

Police found the fugitive hiding in the Dominican Republic after recognizing his tattooed arms in a series of cooking videos. Authorities said "the love of Italian cuisine" made it possible for them to track him down.