A coalition of right-wing parties is rallying behind the controversial figure, media mogul and former prime minister Silvio Berlusconi to become Italy's next head of state. 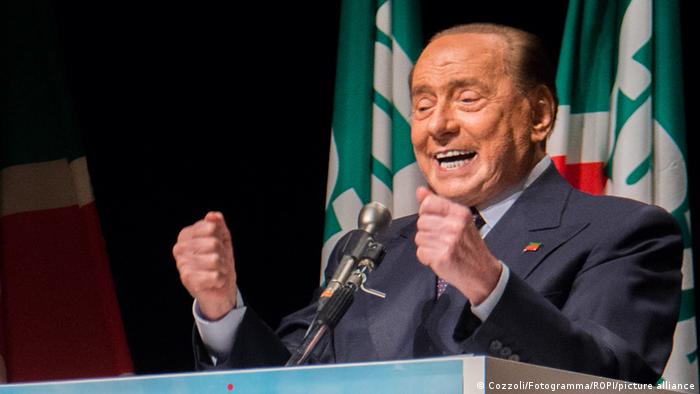 Silvio Berlusconi, 85, is vying for the prestigious job of Italian head of state

Italy's new head of state, who will replace the outgoing Sergio Mattarella, will be chosen by 1,000 lawmakers who will begin voting on January 24.

"The leaders of the coalition have agreed that Silvio Berlusconi is the right person to hold this high office at these difficult times," heads of Italy's center-right parties said in a joint statement after a meeting at Berlusconi's villa in Rome.

On Thursday, rightist League party leader Matteo Salvini said the center-right coalition "is firm and unanimous in its support for Berlusconi."

In addition to the League, the center-right coalition includes the far-right Brothers of Italy and Berlusconi's own Forza Italia party.

Neither of the two main blocs in the Italian parliament, the anti-system 5-Star Movement and the center-left Democratic Party (PD), has a majority to ram through a candidate for president.

Although the position is largely ceremonial in Italy, the president plays a key role in resolving political impasses, which aren't uncommon in the southern European country.

'Who is Silvio Berlusconi?'

A full-page ad published Thursday in the daily Il Giornale, a newspaper Berlusconi owns, asked:  "Who is Silvio Berlusconi?" and "Who else but him?" 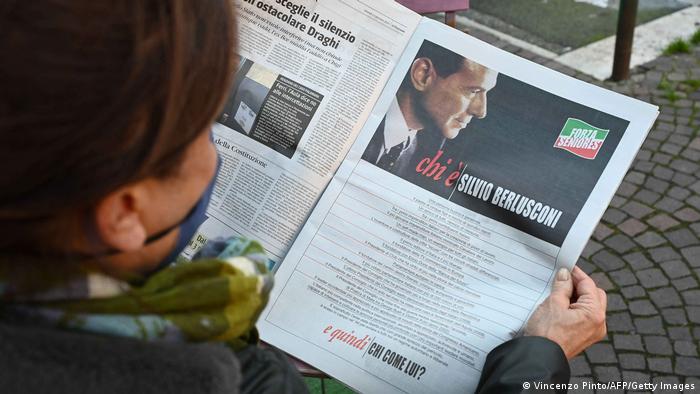 Featuring a decades-old photo of the former prime minister, the ad listed 22 characteristics and alleged accomplishments

The ad, officially attributed to a circle of party activists over age 65, went on to describe him as "a good and generous person." It ended with him described as a "hero of liberty" who entered politics in 1994 to save Italy from an "authoritarian regime."

But, given his scandal-filled career, few political analysts see Berlusconi as a serious contender.

The 85-year-old media mogul served as Italy's prime minister in three governments: 1994 to 1995, 2001 to 2006 and 2008 to 2011. During three decades in politics, Berlusconi faced continuous legal problems, including legal action over the infamous "bunga bunga" sex parties. 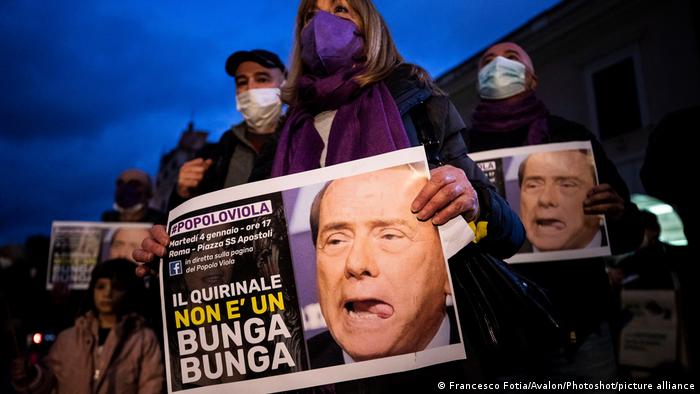 Berlusconi is seen as a divisive figure in Italian politics

Who else could be Italy's next president?

Draghi said at his end-of-the-year news conference that he had accomplished what he set out to do, indicating his availability to move into the presidential Quirinale Palace.

Under Draghi, a former European Central Bank chief, Italy's economy turned a corner. He has led a remarkably united government, comprised of almost all of Italy's political parties.

He is seen as a political figure who can send a signal of continued Italian stability and credibility. 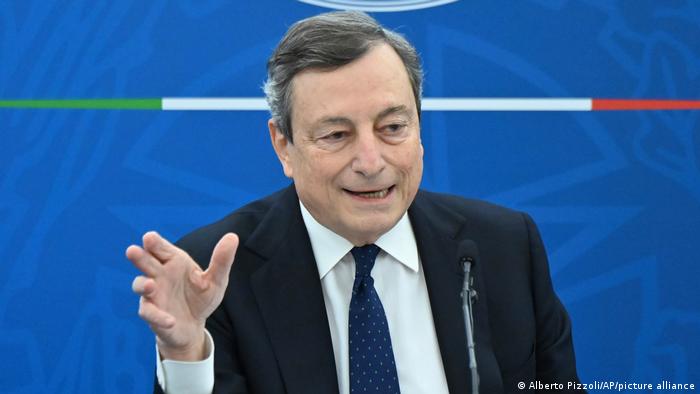 The populist 5-Star Movement, which has the largest number of parliamentarians, strongly opposes Berlusconi.

"Today it is necessary to put aside party affiliation, all the political forces must converge on a figure who can represent Italians and the country," said 5-Star Vice President Mario Turco.

Although allied right-wing parties support Berlusconi, they would also benefit if Draghi left the premiership early as it would trigger an early election.

But Salvini earlier admitted that without Draghi as prime minister, it would be hard to keep afloat the broad national unity coalition.

Ahead of parliamentary elections on Sunday, Italy is suffering from a bout of voter apathy. Considering what they've seen on the campaign trail might explain why.

From the Gipper to bunga bunga: The world's most unlikely leaders

Ukrainian presidential hopeful Volodymyr Zelenskiy isn't the first politician with an unconventional background. Across the world, actors, musicians, athletes and business tycoons have gone on to lead their countries.