Imane Fadil, a Moroccan-born model who testified in the sex trial of former Prime Minister Silvio Berlusconi, died earlier this month. She was reportedly poisoned with a mix of radioactive substances. 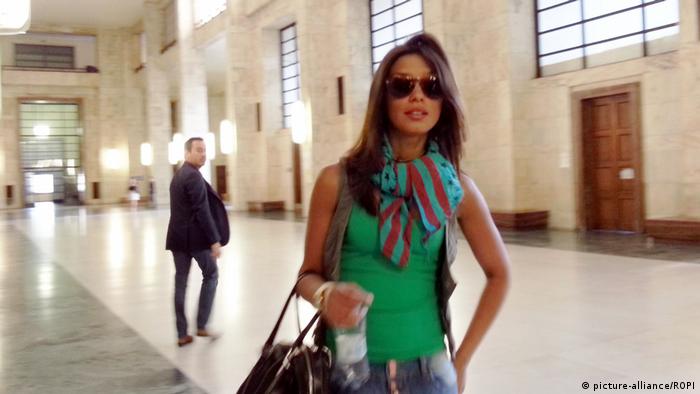 Italian prosecutors have opened an investigation into the death of Imane Fadil, a Moroccan-born model who testified in one of the inquiries linked to former Prime Minister Silvio Berlusconi's "bunga bunga" parties.

Fadil, 34, died in Milan's Humanitas hospital on March 1. She had been undergoing treatment since January 29 for symptoms of poisoning, Milan prosecutor Francesco Greco said, according to the ANSA news agency.

ANSA quoted Greco as claiming that the Humanitas hospital did not report Fadil's complaints or symptoms that were consistent with the poisoning while she was being treated. He said he was only informed of her death when her attorney reported it.

The hospital said in a statement that it provided toxicological exams to prosecutors when they were completed on March 6. ANSA quoted unnamed officials who said the results showed a "mix of radioactive substances." The official autopsy is still pending.

Fadil testified in the 2012 trial of Berlusconi, who was accused of paying for sex with underage prostitutes. She gave detailed testimony regarding "bunga bunga" orgiastic parties at Berlusconi's villa in Arcore, north of Milan, saying she saw two young women in nun costumes stripping in front of the then prime minister while performing raunchy pole dances.

She had told reporters in 2012 that she feared for her safety after telling prosecutors that she was offered money in exchange for her silence about what occurred at the parties.

Her lawyer, Paolo Sevesi, said she had spoken to him about her fear of having been poisoned, the AGI news agency reported this week.

Berlusconi was initially convicted in the case before Italy's highest court acquitted him of the charges in 2015. He is being subsequently investigated or prosecuted for witness tampering in Milan, Sienna, Rome and Turin for allegedly bribing women who attended the parties to keep them quiet.

An Italian court has lifted former Prime Minister Silvio Berlusconi's ban from holding office. The 81-year-old could run for prime minister again if talks between M5S and the League collapse and new elections are called. (12.05.2018)