The forests where the wood for Stradivarius violins comes from has been used for 300 years to build some of the best string instruments in the world. Climate change might change that. Now, violin makers seek solutions. 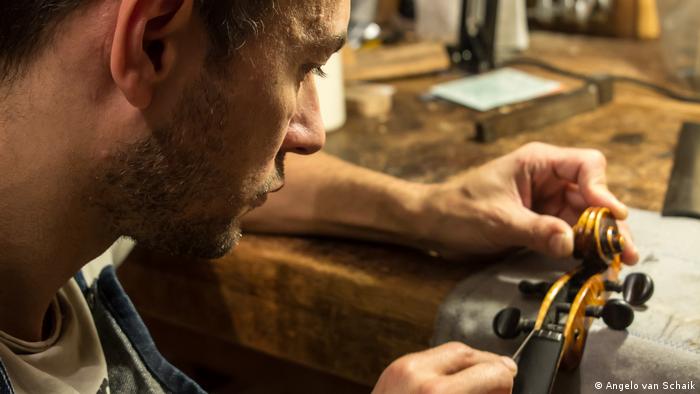 Back in the 17th century, Antonio Stradivari traveled for two days from his hometown Cremona to the Paneveggio forest in Northern Italy to locate the perfect wood for his instruments, which would become world famous.

Prized for their superior sound quality, an original Stradivarius can  sell for millions of dollars. And more than 300 years after the death of the world's most famous luthier — someone who builds or repairs string instruments with a neck and a sound box — trees from this vast spruce woodland are still used to make violins, cellos, upright basses and pianos.

But the famous singing wood is feeling the effects of climate change in the form of more extreme weather, says local forester Paolo Kovacs, as he maneuvers his four-wheel drive around a narrow mountain path in the idyllic Fiemme Valley.

Last October, unusually violent storms ripped up more than 14 million trees across the Dolomite mountain range, where the Paneveggio forest is located.

"Those are almost all abete rosso," said Kovacs, referring in their Italian name to the acres of broken European spruces cascading down the mountain sides. "They have relatively short roots, so they fall over more easily." 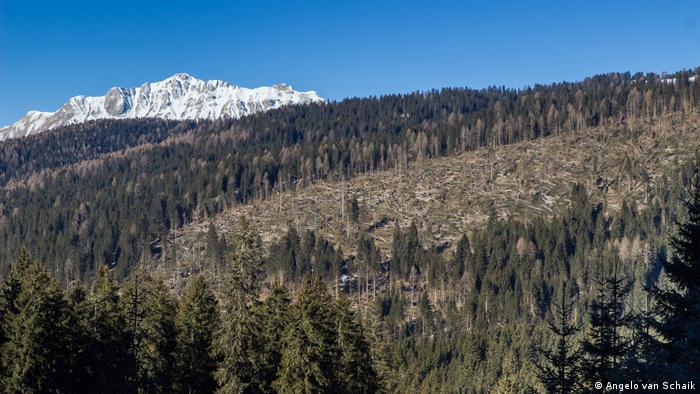 Only one 25-meter (82-feet) spruce survived the storm in this particular area. "This one is around 150-years-old," said Kovacs, pointing to it. "It's a bit of a miracle it's still there, maybe it was covered by other trees or it has unusually long roots."

More than 250 kilometers (155 miles) away, in a workshop in the small city of Cremona, where Stradivari lived and worked, master luthier Stefano Conia passes his thumbnail over the rings of a piece of wood. The rings are remarkably close, all about half a centimeter apart, and almost identical.

"Listen," he said. "This is how it should be. This is going to be a great violin."

The 73-year-old should know. He's been making violins for 45 years and says this kind of uniformity is what makes the European spruce so suitable for building instruments.

That said, not every felled spruce makes the cut. For every tree that is eventually used, 20 to 30 others are deemed unworthy.

Conia is one of 156 luthiers working in what has become the capital of high-quality handmade instruments. Its long history of the craft and its proximity to the woods draw people from all over the world, eager to learn the art of violin-making.

Read more - World is losing vital forests quicker than ever 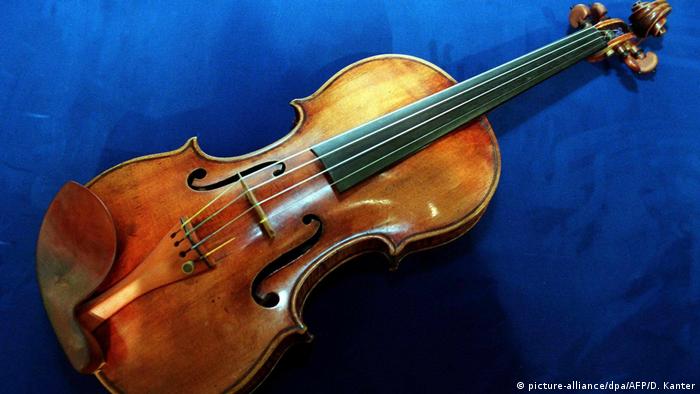 Back in the 17th century, Antonio Stradivari found the perfect wood for his instruments, which helped them to become world famous.

Conia himself is from Hungary. Giorgio Grisales — another luthier with his own workshop — moved here from Medellin, Colombia, in the 1970s to follow in Stradivari's footsteps. And in one corner of Grisales' workshop, a young man from Japan is shaping a long piece of wood into the neck of a cello.

A tradition under threat

While some fear this centuries-old tradition is at risk in light of the changing climate, Sandro Asinari, the vice president of Cremona's guild of violin-makers, isn't concerned. At least not about the damage caused by the October storm.

"The woods are enormous," he says. "I know lots of trees have been damaged, but I also know the local foresters are working hard to save the trees that snapped. The guild has contracted a local woodworking company to collect fallen trees and saw them into pieces so they can be used to make instruments.

"Besides that, they are planting new trees at the moment. I'm very optimistic," added Asinari.

Still, forester Kovacs says planting trees won't help instrument-makers in the short-term. A spruce has to be at least 150-years-old before it can become a violin. To become a cello or upright bass, the tree has to be even older. 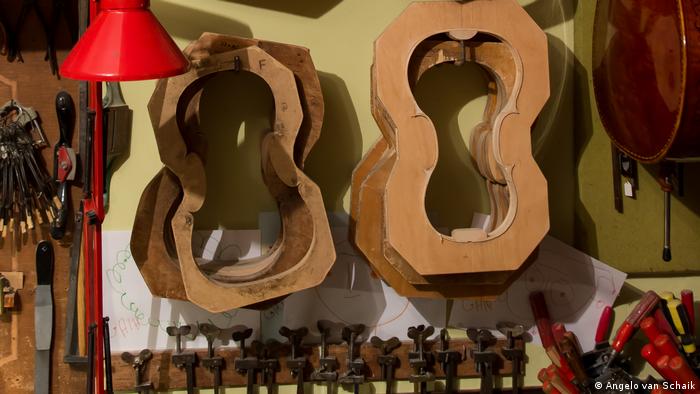 On top of this, Kovacs is concerned about the changing weather patterns he attributes to climate change. The October storm that hit the Dolomites was extraordinary.

"This one came from southeast, from the Adriatic sea," he said, explaining that the wind usually comes from the northeast of the Alps.

The weather system resembled the way hurricanes develop off the southeastern coast of the United States: "It was warmer than usual, it was stronger than usual and it brought more rain than usual."

Last year was the hottest in Italy since records began in 1800 and was 1.5 degrees Celsius (2.7 degrees Fahrenheit) warmer than the 1961-1990 average. The average temperature in the country has risen 0.1 Celsius degrees more than elsewhere in Europe, although it's not clear why Italy is warming more.

The effects are being felt across the country, not just in the singing woods. Around the same time the storms hit the northern province of Trento, Sicily, way down south, experienced heavy rain and floods that killed 10 people.

"I think we have to get used to it," said Kovacs. "The overall temperature of the atmosphere is rising, so the weather becomes more extreme. That's what we've seen here."

Despite Asinari's apparent lack of worry, he said the guild is making plans to ensure the future of their craft in the face of climate change.

"We're buying up pieces of the woods to control them better in the future," he said of the state-owned Paneveggio forest. "We are confident our tradition will last another 400 years." 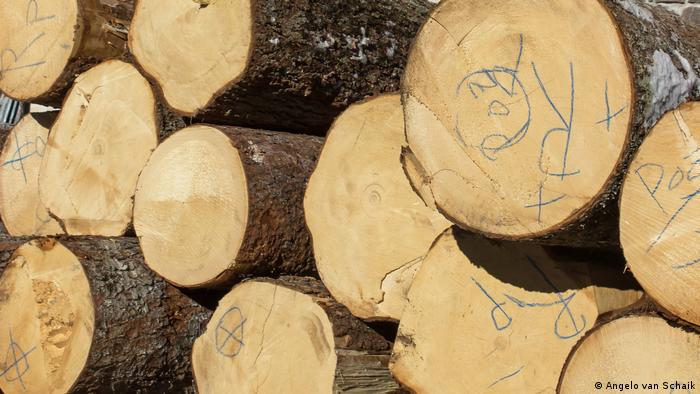 For every 20 to 30 trees felled, just one tree makes the cut to become a violin

Wrestling with the past: The burden of the Jewish legacy