Italy Attacked Over Plan to Fingerprint Roma and Sinti | Europe | News and current affairs from around the continent | DW | 04.07.2008

Italy Attacked Over Plan to Fingerprint Roma and Sinti 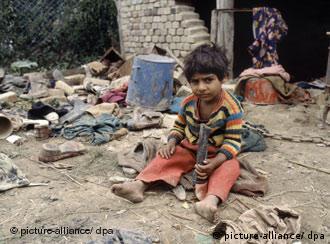 Italian Prime Minister Silvio Berlusconi's plan to take a census of all Roma and Sinti people living in some 700 camps in Italy as part of a broader crackdown on crime was slammed by rights groups on Thursday, July 3.

"We are very worried about discrimination according to race or religion," Marco Impagliazzo, president the Community of Sant'Egidio, said at a press conference in Rome on Thursday. "This approach violates Italian and European law and calls to mind painful memories, such as the Vichy regime of (Nazi-collaborating, World War II) France," Impagliazzo said.

He handed out a copy of one camp dweller's form, which contained his photograph, his fingerprint, and the words "Roma from Serbia" and "Orthodox" filled in under the headings "ethnic origin" and "religion."

On Wednesday, members of the European Parliament attacked the scheme. 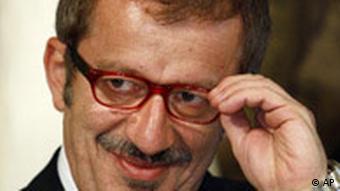 "It is inconceivable in a member state of the EU (that) a specific social group is targeted by collecting fingerprints, including of minors, as it is happening now in Italy with Roma communities," German member of the EU parliament, Alexander Alvaro said. "This brings us back to dramatic periods of European history and we appeal to the Italian government to step back from this racist exercise of ethnic profiling," he said.

The latest measure comes a month after several gypsy camps in southern Italy were torched forcing Roma inhabitants to flee under police protection.

The arson attacks were triggered by violent protests after a Roma youth was accused of trying to kidnap an Italian baby.

The Italian government has evoked a "Roma emergency" in large cities like Milan, Rome and Naples and said it plans to close unauthorized camps by May 2009 and repatriate people who are in Italy illegally.

About half of the estimated 160,000 Roma and Sinti people living in Italy are Italian citizens, another 20 percent are citizens of other EU countries while the remainder come from the countries that once made up Yugoslavia. 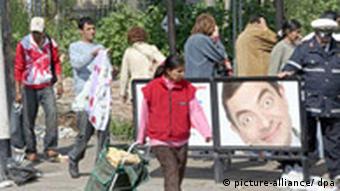 Sinti and Roma peddle wares at a Sunday market in Rome

Last month, some 3,000 Roma and Sinti took to the streets of Rome to protest against alleged xenophobia against them amid widespread anger among Italians who blame them for rising crime and insecurity.

This week, Italian Interior Minister Roberto Maroni, a member of the right-wing Northern League party in Berlusconi's centre-right coalition, said the idea behind the census was to put an end to illegal camps and guarantee security to Italian citizens.

Children would also be fingerprinted "to prevent phenomena such as begging," Maroni said, adding that in many cases, people are living in camps in "sub-human conditions where children are forced to live with rats."

The Italian government has defended its actions, saying it is within the realm of existing Italian laws and EU directives.

But a study released by the European Commission this week on the discrimination faced by the Roma found their life expectancy is 10-15 years lower than those of other Europeans.

Roma are particularly exposed to high poverty and unemployment, and those who work usually do so illegally, the report said.

"Roma are one of the largest ethnic minorities in the EU, but too often they are Europe's forgotten citizens," said EU Equal Opportunities Commissioner Vladimir Spidla.

"They face persistent discrimination and far-reaching social exclusion. The EU and member states have a joint responsibility to end this situation."

As Italy discusses tightening its laws on illegal immigration, the European Union's employment chief warned the country not to unjustly single out Roma as the target of any new crackdown. (21.05.2008)

Germany's Sinti and Roma community is up in arms over soccer fan paraphernalia, particularly scarves, printed with insulting slogans used by the Nazis. They've demanded that eBay remove the items immediately. (11.04.2008)

Italian authorities have expelled Romanians they deem dangerous and torn down a Roma and Sinti camp in the wake of the killing of an Italian naval officer's wife. Some fear an increase of racist violence. (04.11.2007)