Trade unions in Italy have been pressing the government to revise a list of industries allowed to remain open despite COVID-19, amid mounting concerns over workers' health and safety. 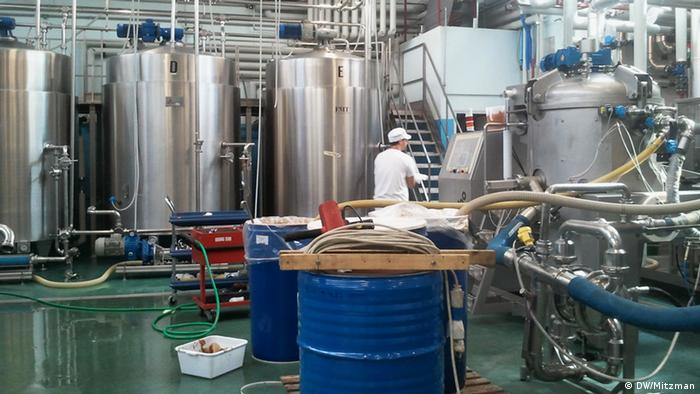 Late in the evening of March 21, Italian Prime Minister Giuseppe Conte addressed the nation in a Facebook live video and said that his government was going to toughen the existing measures to tackle the coronavirus epidemic ravaging the country.

As a result, everything would need to shut down. "The government's decision is to close down — on the whole national territory — every industrial activity that isn't strictly necessary and crucial to grant us essential services," said Conte.

A list of about 80 industries that would be exempt from the rule was circulated by the government the next day, and it was later expanded to 97 sectors, including aerospace, defense and the production of agricultural machinery. According to a decree signed off by Conte on March 22, all companies were allowed to appeal to their local prefect to be granted authorization to continue their activities.

To many workers and trade unions, this sounded dangerous. In the morning of March 25, metalworkers in Lombardy started a strike as trade unions negotiated with the government to allow industries considered nonessential to shut down. While the metal industry is being allowed to halt production and the defence sector agreed to slow it down, others will be able to continue working.

Most shops besides supermarkets and pharmacies had to close down in the past weeks following government-mandated containment measures, but factories were allowed open even in the worst-hit regions of Lombardy, Emilia-Romagna and Piedmont. Lombardy reported more than 4,000 coronavirus deaths since the start of the epidemic, Emilia-Romagna almost 900 and Piedmont over 300, with thousands infected.

Massimo Dicanosa, a worker at TE Connectivity in Collegno, a small town on the outskirts of Turin, said that tension started mounting among his colleagues as the nation enacted strict containment measures to tackle the epidemic but workers still needed to show up at the factory.

"We are bombarded with messages telling us to stay home, our families are home, children are home, and those who need to leave the house are not safe," he said.

The creeping fear is to infect your family at home, said Dicanosa, who works in the moulding department at the factory. And that fear mounts regardless of health and safety measures that companies might implement.

"There can be asymptomatic people who have no way to know if they are infected with the coronavirus. At the factory we have our temperature checked, but if I have no symptoms then we've got a problem and the issue becomes too big, it goes beyond the single company," he told DW. 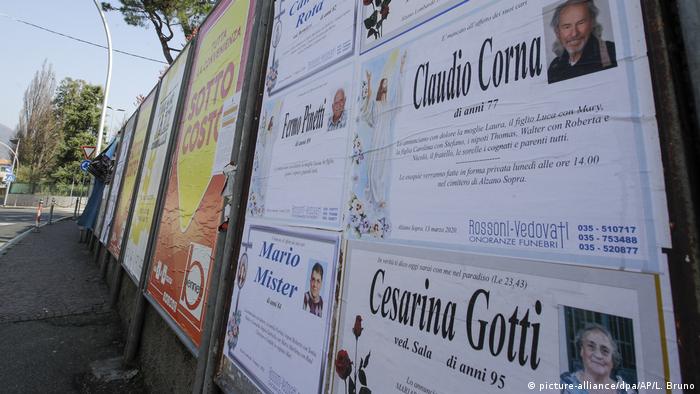 Dicanosa's company, which is unionized, signed a health and safety protocol on March 14 that mandates workers to observe safety distance, to wear masks when working at close distance and to have their temperature checked upon entering the factory.

The implementation of these measures is a sign to local prefects that activities can carry on as normal even after the latest government decree, and that is what's going to happen in many factories.

Stefano Zulian, a worker and union representative at Avio-Aero, a company that builds aerospace components in the Turin area, said that his company will most likely stay open throughout the next weeks. To him, safety in the factory is sufficient — workers are able to keep distance, the rooms are sanitized often and workers have their temperature checked.

"The problem," says Zulian, is "in people's minds. If I am scared to go to work, I'm just scared. I noticed that, because people started asking for holiday days or sick days," he said.

At Avio-Aero, says Zulian, workers now need to line up in such a way as to avoid other workers at the entrance, and have their temperature taken first thing as they arrive. After the temperature check, workers can reach their work space, which they need to disinfect, and then work starts. "There's been distancing in the past days, the factory has turned into a different world, it's very different compared to 15 days ago,” said Zulian.

While Zulian takes his fellow workers' concerns seriously, he also acknowledges that the prospect of shutting down all factories for weeks, as some have suggested, would give an irreparable blow to whole industries.

"It would be simple to say 'Let's just close,' but then the next question would be 'for how long?' It's not easy to shut down a big company like ours, where you would need to interrupt a whole supply chain."

But there are doubts that simply enacting safety measures in factories that are remaining open will be the solution. The issue of health and safety within factories is very variable, explains professor Maurizio Del Conte, a labor law professor at Bocconi University in Milan.

To Del Conte, it was a mistake for the government to take horizontal measures that didn't differentiate by areas depending on the gravity of the epidemic nor made distinctions among companies.

"The mistake was to think that a one-size-fit-all measure would do. I would cluster companies throughout the nation to check where safety measures are being implemented, and wherever they aren't, I would keep the companies closed," he said.

"Safety protocols work if all the measures are implemented, but in many companies there is no way to check on that. The workplace inspectorate is normally understaffed, and more so now," he told DW.

Maria Cristina Terrenati from the secretariat at Fim-Cisl, the trade union representing Italian metalworkers, said she has been receiving calls from workers in smaller factories who said they were not protected from exposure to the virus on their factory floors. "They say distancing is not respected, that they don't have hand sanitizer. But then, when we tried to ask where they were calling from, they wouldn't dare tell us," said Terrenati.