Italian police have arrested a man possessing 340,000 counterfeit 50-euro banknotes. The bills exceed the total counterfeit banknotes withdrawn from circulation by the European Central Bank during the first half of 2014. 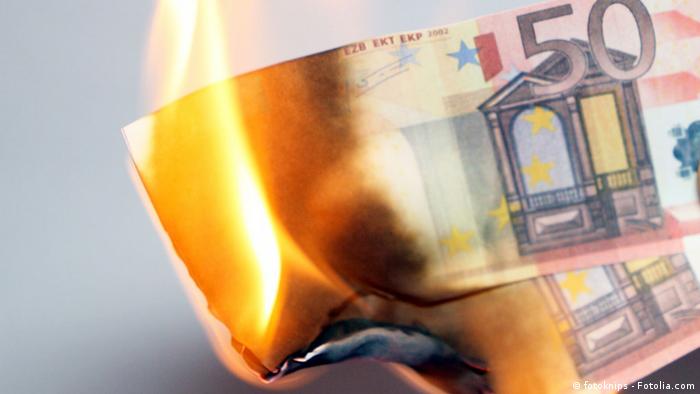 Police had spotted a man in a corner of a shopping center parking lot, "frenetically" moving packages into his van from another vehicle, according to a statement. Suspicious of his movements, they searched the van and found the fake banknotes hidden underneath stationery in 15 boxes.

The banknotes "were a very good copy of the original and absolutely capable of deceiving most consumers because they successfully imitated the texture, the security band and the holograms," according to the statement.

The unnamed man, now accused of counterfeiting currency with intent to distribute, had previously had no criminal record, police said. Investigators hope to now find out who made the notes. 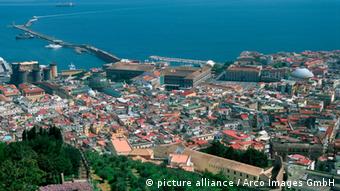 Napels in Italy's southwest has a forgery reputation

The seizure of the 340,000 forged 50-euro notes exceeds the 331,000 counterfeit bills of all denominations withdrawn by the European Central Bank in the currency's 18 countries during the first six months of 2014, but comes as just a small fraction of the 16 billion fake banknotes ECB officials believe to be in circulation.

The bank introduced a new 10-euro note on Tuesday as a way to increase protection against counterfeiting.

It's not just counterfeit bills that Naples has become known for. Law officials have also cracked down on producers making knockoffs of clothing, shoes and accessories.