The Civil Liberties Committee of the European Parliament has rejected Italy's commissioner, Rocco Buttiglione, just weeks before taking office. Critics say his views on gays and women run contrary to those of the EU. 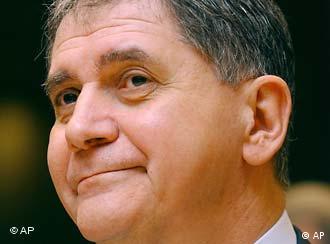 Does it matter if he believes homosexuality is a sin?

Italy's nominee for the EU Justice Commission has caused a stir in Brussels before even stepping into office. During a close vote on Monday, the Civil Liberties Committee of the European Parliament voted against Rocco Buttiglione after comments made in Parliament last week referring to homosexuality as a "sin" and the traditional role of women in the household.

With a vote of 26 to 27, it was the first time a parliamentary committee had ever outright rejected a nominee to the commission. A compromise solution, put forth by the Socialists, suggesting that the conservative Italian politician be kept in the future commission line-up but be given a different profile was also rejected by a majority of the parliamentary panel (28-25), when conservatives refused to accept changing the post.

Although the vote is non-binding, many observers in Rome and Brussels see the panel verdict as undermining Buttiglione's credibility and that of the new commission's center-right president Jose-Manuel Durao Barroso. The rejection was also interpreted as a slap in the face for Italian Prime Minister Silvio Berlusconi, who had proposed Buttiglione.

"This shows the aversion felt in Europe for Silvio Berlusconi, for a certain type of militant Catholicism that is suspected of having fundamentalist leanings and for the support Italy has given to the policies of US President George W. Bush," Italian daily La Stampa wrote of Monday's vote.

Buttiglione, a devout Roman Catholic with reputedly close ties to the Vatican, antagonized left-wing and liberal European Members of Parliament last week when he said during a confirmation hearing that homosexuality was "a sin" and a woman's role was to have children and be protected by their husbands. 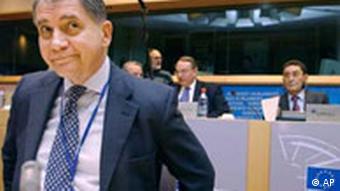 Incensed by what he referred to as a leftist lobby whose hostility towards him was based on "prejudices against his moral and religious convictions and the fact that he belonged to the Berlusconi government," Buttiglione told the Il Messagero daily on Tuesday he had no intention of withdrawing as a commission candidate.

"Many of my comments were misunderstood, they were interpreted maliciously, with prejudice. I never said, for example, that women should be locked up at home to have children," he told the paper. "I said that it is useful for women with children to have a husband nearby that can support her morally and economically."

Reacting to the vote, Berlsuconi also accused left-leaning Italian MEPs of waging "crude propaganda" and said the vote marked a "dreadful start" to the European Parliament. 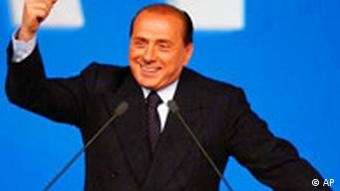 "The very idea of disputing the freedom of conscience and opinion of a commissioner of Catholic faith, contesting his own secular distinction between morality and law, smells of fundamentalism if not obscurantism," Berlusconi said in comments published in Foglio newspaper Tuesday.

But the Civil Liberties Committee said it was precisely Buttiglione's beliefs that concerned them. Johannes Svoboda, second in charge of the parliament's Socialist Group, was among those who doubted the Italian was suitable for heading the EU's Justice Commission. Speaking with Deutsche Welle, Svoboda said he was worried Buttiglione would turn Europe's progress around.

"If Buttiglione wants to send women back to the kitchen, if he thinks that homosexuality is a sin -- these are opinions that at this time, for someone who is responsible for the realization of measures against discrimination, for freedom and equality of women -- they simply don't match," he explained.

The European Commission declined to respond immediately to the rejection of Buttiglione by the parliamentary committee, making clear it was only one stage in the process of approving the incoming Commission to be headed by Barroso. The European Parliament, which has no formal power to reject individual commissioners, only has the right to approve or reject the entire 25-member Commission as a whole, when it votes on Oct. 27. 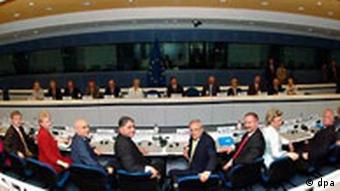 The rejection of Buttiglione, however, could increase pressure on Barroso to change his team before it takes up office on Nov. 1, especially as other commission-nominees face criticism in Brussels and back home. Some MEPs are already predicting a domino effect following Monday's vote against Buttiglione.

It is widely thought that the conservative European People's Party may strike back at the challenge to Buttiglione by raising objections to Laszlo Kovascs, Hungary's nominee to the Energy Commission and a former Communist.

"I realize this is politics, but it would be a shame if, merely because of politics, good people get in trouble in the confirmations simply because of a knock-on effect," the Civil Liberties Committee vice-president, Greek Socialist Stavros Lambrinidis, told EUobserver.

The Dutch nominee for the Competition Commission, Neelie Kroes, has also faced objection from several quarters for her past connection to big business. Although the parliamentary committee on economic and monetary affairs has noted a potential conflict of interest, it did not reject her nomination.

The EU Parliament has begun questioning incoming EU commissioners, largely to sniff out potential conflicts of interests of a few wealthy members. The hearings will determine whether the 24-member team will be accepted. (Sept. 28, 2004)

New Commissioners on the Bloc

The new members of the European Commission will help shape the continent's future. An introduction in pictures.