When Turkey’s government proposed a law that would round up city animals and put them in forests on the outskirts last year, activists protested and the government tabled the draft law. Still, many dogs were sent away. 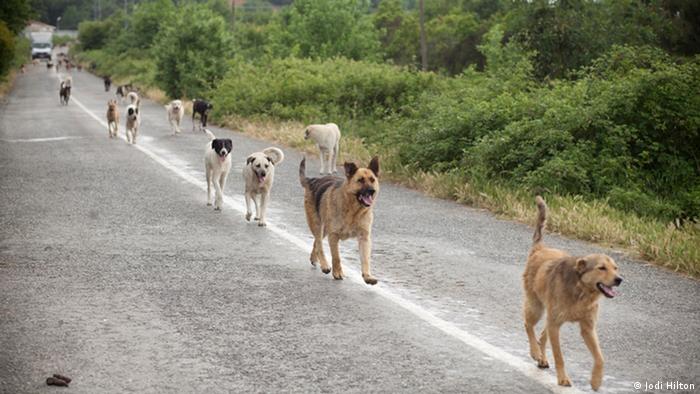 Istanbul boasts a population of 14 million people, making it the eighth largest city in the world. But it is the city's estimated 150,000 stray cats and dogs that draw a lot of attention. For centuries, locals have left out food and water for their beloved street creatures. Some city residents, however, complain of dirt and disease, and of aggressive animals.

As a result, some people call their local governments to get rid of the dogs. For example, more than a thousand dogs have been sent to live in a wooded area in northeastern Istanbul. 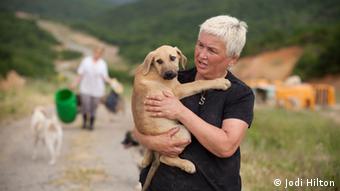 "These animals' natural habitat is not that area," said Ahmet Senpolat, an Istanbul-based lawyer who runs Turkey’s Animal Rights Federation (HAYTAP). "They were living in our own streets. I call them 'social animals.' [The term] social animals means that for example these animals know to stop at red lights and go at green lights," he said.

So when Turkey's Ministry of Forestry and Water drafted a law that would send city dogs to "wildlife parks" on city outskirts, Senpolat and thousands of animal rights activists were outraged. The law was set aside because of broad opposition.

Senpolat says the animals have gotten so used to city life, they know where to find food in trash dumpsters, or they depend on humans to feed them.

A group of animal volunteers, led by Semra Tecimen, agrees. "That is why I am concerned," Tecimen said. "In the forest there will probably not be enough food, and the dogs could hurt each other when they are hungry."

That is also why Tecimen and her friends shuffle through swaths of unkempt grass and shrubbery in the forest in northeastern Istanbul to feed the stray dogs that already live there.

But if more dogs are sent to wooded areas even further from the city center, "there are not going to be volunteers like us to go and feed the dogs," Tecimen said.

In a statement shortly after the draft law was proposed, however, the Ministry of Forestry and Water said, "The proposed law aims to make animals live. The aim is to prevent bad treatment of animals, clarify institutional responsibilities, and to strengthen the mechanisms of animal ownership."

Opponents of the draft law say they are reminded of a similar move in 1910. In an effort to "westernize" the city just before the fall of the Ottoman Empire, Sultan Mehmed V ordered tens of thousands stray dogs from Istanbul to be sent to a nearby island. 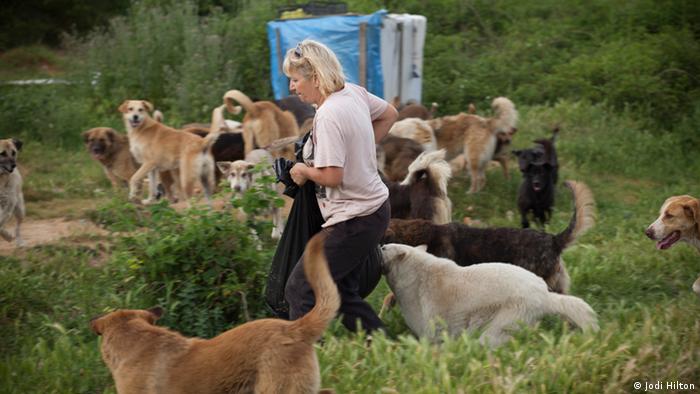 The island did not have food or water for the dogs. "Most of the animals were just eating each other," Senpolat recounts. According to records, residents on Istanbul's mainland could hear the dogs howl in agony from starvation. "These dogs tried to swim to Istanbul's Anatolian side [out of desperation]," Senpolat said.

If the draft law is re-introduced and passed, Senpolat calls it an inhumane and insufficient way to control the stray animal population.

Failing to target the root causes

Senpolat says the draft law does not address the problem at the core: animal smuggling and illegal pet shops. Animal smugglers only face a fine of a few hundred euros at worst, they continue to bring expensive pure-bred puppies and sell them to pet stores. People often buy the puppies from pet stores, and abandon them when they become too tough to handle. Since the draft law does not address animal smuggling at all, Senpolat says even strict neutering practices will not control the stray animal population.

Although Tecimen and her fellow volunteers are hesitant to support the law, they are not sure the streets are much better for them either. Another woman in the group, Ayse Sözer, says the dogs face abuse in cities. "We hear about this [violence] a lot," she said. "We complained about it too. But the laws are not enough, so we don't get results. That is why we choose to look after them the woods." 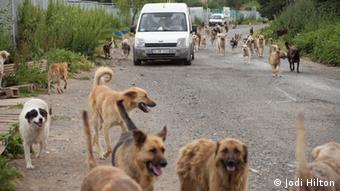 The van is loaded with scraps from a local school, stale bread from grocery stores and food from the pet store

Still, the women realize that what they are doing is not a solution either. "They will bankrupt at the end just like so many others did," Senpolat added.

Tecimen admits that money is tight these days. Every Monday, Wednesday and Friday they drive through the neighborhood in a rickety white van, filling it with scraps from a local school, stale bread from grocery stores and whatever restaurants have left over from the night before. But often the food is not enough, and they buy 15 bags of dry food each time they visit the forest to supplement their supply. That comes out to 675 kilos of dry food a week, which equates to roughly 2,000 Turkish Liras (800 euros).

"It is actually the municipality's responsibility [to take care of the dogs], so we talked to them. We had a lot of debt and in the past we felt really bad about it and depressed about it. They at least accepted to pay for our gas," Tecimen said.

"This van is very old and it breaks down often, so we have to spend a lot of money on that too." Added to their debts are private vet bills for dogs with serious injuries or illnesses, because municipality vets are only equipped to handle basic treatment. 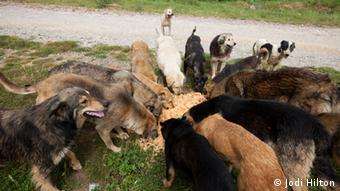 "We are all middle aged women," Sözer said. "I have three hernias and I was operated on my left hand." Her cousin, another one of the volunteers, is battling heart disease. "But we are just stuck with this option, we are doing our best."

Senpolat, however, encourages volunteers like Tecimen, Sözer and their group to push the municipality to do its job.

"Don't spend money from our own pockets," he said. "Force the governments and the municipalities to do it. If you do not force them, they just ignore [their responsibilities]."

Despite the lack of support, Tecimen says she and her neighbors will keep doing what they can to keep the dogs healthy. Meanwhile, Senpolat says he and HAYTAP are focusing their efforts on campaigning for laws that address the root of the problem.

Thousands of people are bitten by dogs in Romania every year, but a new law allowing the mass killing of strays has been met with criticism both at home and abroad. Animal rights groups say there's another option. (07.10.2013)

Wild leopard attacks are increasing in some parts of India as urban centers like Mumbai stretch further into natural areas. As the attacks spread, delinquent leopards are being removed from the parks and caged. (12.02.2013)

Not just for the dogs: Strays problem is also human rights issue