Not just for the dogs: Strays problem is also human rights issue | Environment | All topics from climate change to conservation | DW | 01.08.2011

Not just for the dogs: Strays problem is also human rights issue 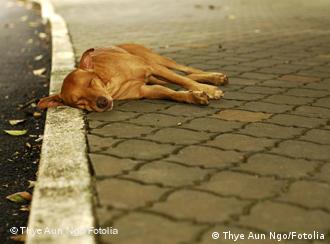 Man's best friend? The strays problem falls through the cracks in many poorer countries

Georgeta Stoicescu was in front of her Bucharest home when a pack of seven stray dogs attacked her in October 2000. They bit the 71-year-old, knocking her to the ground. She never fully recovered from her injuries, even by the time she died in 2007. No one was held accountable for the attack.

Until this week. Her family was finally compensated when the European Court of Human Rights ruled that the Romanian government violated Stoicescu's right to respect for life by failing to address the problem of stray dogs.

It's a problem that disproportionately affects less-developed countries: The animal rights organization 600Million.org estimates that there are more than 600 million stray dogs around the world – most of them in poor countries.

"The problem of free-roaming dogs is certainly a global problem," Sarah Kahn told Deutsche Welle. Kahn is head of the International Trade Department of the World Organisation for Animal Health, or OIE.

Bites and attacks by free-roaming or stray dogs include "very significant health risks" – and they take a disproportionate toll on children, Kahn added. 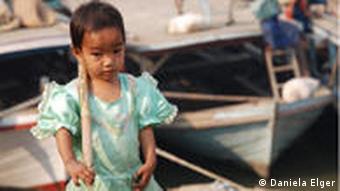 Rabies – which is spread mostly through dog bites – threatens about half the world's population and kills more than 55,000 people a year, half of them children. The WHO says 99 percent of these people live in developing countries. And many cases go unreported.

Dogs roaming the streets are the greatest source of bites, Francois Meslin, who heads the zoonotic diseases team of the World Health Organization, said.

The problem "doesn't exist in most Western countries, but is a problem in Africa, Asia, and to some extent Latin America," Meslin told Deutsche Welle.

In India, Meslin said, 2 percent of the entire population of more than 1 billion is bitten by dogs every year.

Based on estimates, more than 1 percent of the population in Bucharest reports it's been attacked by dogs. The Romanian government has struggled for years to manage the problem – and it's failed, according to the European human rights court.

In Romania, the government responded to increasing media attention over stray dog attacks by implementing a euthanasia program, which put down some 80,000 animals between 2001 and 2003.

But the Bucharest stray dog population spiked again by 2005. Currently, there are between 20,000 and 40,000 strays, according to city authorities.

Meslin cited several failed dog-elimination programs, such as in Ecuador, and in China, where as many as 20 million dogs were killed over a period of 10 years in the 1970s and 80s.

Although the programs were intended to eliminate rabies, in China for example, "the disease came back by the 1990s," Meslin said.

There is also the ethical problem of killing dogs. "Euthanasia can be done humanely, but often isn't," Kahn said. Beyond that, Kahn said, it just doesn't work to control stray populations, since they breed rapidly.

That's why groups such as the OIE endorse long-term solutions of vaccination and sterilization. But implementing such programs can be challenging for developing countries.

The OIE published a study last year establishing a connection between the development status of a country and the intensity of its problem with free-roaming dogs. The study found that the poorer a country is, the more intense its stray problem.

"Many poor countries are dealing with war, famine, refugees," Kahn stated. They simply don't prioritize the issue of strays. 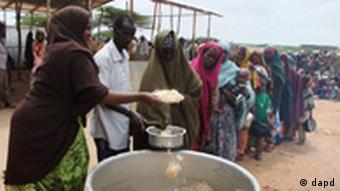 Dogs vs. people? Dealing with strays is a low priority for nations struck by famine

The Romanian government argued in the court case that the problem has complex causes, and that the state alone cannot be tasked with its solution. A dissenting judge on the human rights panel essentially agreed, saying that the court should not be the one setting national priorities for resource allocation for public services.

The stray dog problem has both societal and economic costs, Kahn pointed out. Diseases such as rabies are much cheaper to prevent than to treat. In Romania, treatment for those bitten by stray dogs costs around 400,000 euros per year.

Viktor Larkhill, founder of animal rescue organization "Let's Adopt!," said it's more a question of political will than resources. His organization helps to find new owners for stray animals that have been neglected or abused.

Programs focusing on trapping, sterilizing and then releasing dogs back onto the streets for eventual long-term population reduction also require a long-term investment, for example of five to eight years, as was the case in Jaipur, India.

But "politicians want quick solutions to get more votes," Larkhill told Deutsche Welle. He that claims that available funds are often not spent wisely as structures of accountability are lacking.

Larkhill, who emphasized that he thinks most strays are harmless, also indicated cultural roots to the problem.

"In Western Europe, dogs and cats are considered a part of the family," Larkhill said. He noted that many of the animals the group rescues in Turkey end up in France, Holland or Germany. 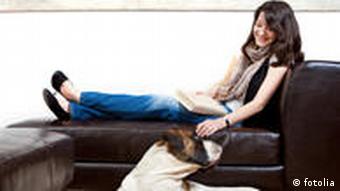 In many developed countries, dogs are considered beloved family members

"In the East, dogs are either tools, or independent beings in charge of their own survival," he said. Many people in Eastern societies, though they may love dogs, "don't have the same concept of animal ownership," Larkhill said, and asserted that this attitude extends to the government.

Meslin echoed the thought on cultural differences in explaining how studies have shown that many "so-called strays" are, in fact, owned.

But "there is, in fact, a problem associated with a lack of responsible dog ownership," Meslin stated.

Therefore, any effective program to control free-roaming dogs has to involve owners, he added. These long-term efforts should include community education and convincing people to be more responsible, Meslin explained.

Kahn indicated that a new global focus on the issue includes cost-benefit studies indicating that not only are humane solutions more effective, they're also cheaper.

Although national governments need to take action, Kahn thinks the solution may lie in their collaborating with international agencies and non-governmental organizations.

"We need a champion – and this could be the veterinary agency within a national government, if it acts as clearinghouse for how to work with these policies," Kahn said. She pointed to a conference to be held this September in Seoul, South Korea, with a focus on this issue.

Larkhill pointed to the need for an animal welfare authority, including within the European Union, and greater control over how money put toward the issue is spent.

When asked about how the problem should be addressed, Meslin said, "there's no easy solution, no silver bullet," adding that in any case, animal welfare groups should be involved in policy discussions.

Meslin said that humane programs to control stray dogs – and by extension, improve the human quality of life – have already been implemented in some parts of India, Thailand and Vietnam.

"With the help of more developed countries."

Luxury products for pampered pooches are in demand

While many Germans have been keeping personal treats to an absolute minimum, their cats and dogs are being pampered like never before as the market for luxury pet products and foods continues to expand. (10.01.2011)

Donating animals to developing world gets some groups' goat

While shoppers hunt for last-minute gifts, aid organizations are competing for donations. The group Oxfam lets people donate animals or other goods to developing communities but has come under fire for the practice. (23.12.2010)

Animal experiments will be reduced in number and subject to stricter regulations across Europe. The European Parliament has agreed on rules to closely monitor procedures, with a complete ban on using some species. (08.09.2010)

Webpage of the World Health Organization

Webpage of the organization People for the Ethical Treatment of Animals