Turkish riot police have fired rubber bullets and tear gas to break up a march staged by the LGBT community in Istanbul. Anti-gay protesters and apparent Islamists have also reportedly been arrested. 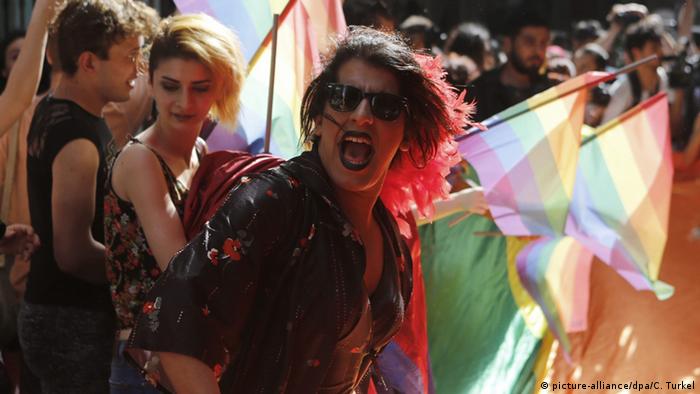 Several hundred police surrounded the main Taksim Square on Sunday where the "Trans Pride" rally of about 150 people had gathered to kick off a week of LGBT events. Demonstrations on the square have been banned since 2013.

Turkish media reported that at least two people were detained after riot police fired tear gas and rubber pellets to disperse the march.

"Football fans can rally in this country whenever they want. We were going to do a peaceful activity," said Ebru Kiranci, spokesperson of the Istanbul LGBTI Solidarity Association.

Citing security concerns over ultra-nationalist warnings against any such events on Turkish soil, authorities announced on Friday that transgender and gay pride marches had been banned this month. Included in the restriction is Turkey's annual Gay Pride parade which was scheduled for June 26.

Described as the biggest in the Muslim world, the parade, which has been held annually since 2003, attracts tens of thousands of people.

The ban throughout June also coincides with a crackdown by Turkish police during the holy Muslim month of Ramadan.

"Ramadan is an excuse. If you are going to respect Ramadan, respect us too. The heterosexuals think it's too much for us, only 2 hours in 365 days," Kiranci said. 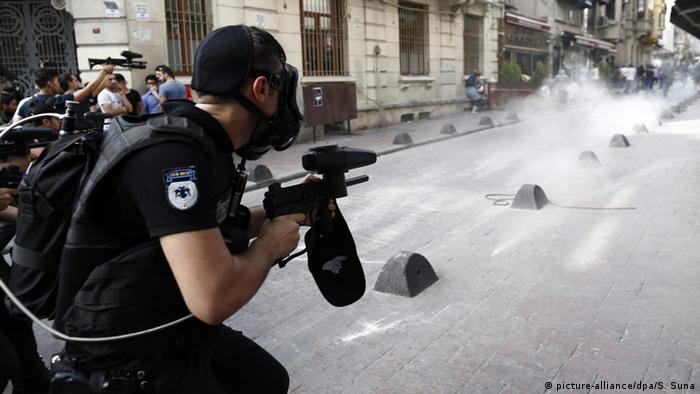 Distinct from a number of other Muslim countries, homosexuality is not a crime in Turkey but hostility toward gays remains widespread. Critics also claim that Prime Minister Recep Tayyip Erdogan and his Islamist-rooted AK Party have made little effort to expand the rights of minorities, gays and women.

"We are Ottomans," shouted one, according to video footage of the incident. "We don't want any of those people here." the Dogan news agency reported protesters as saying.

Just a day earlier, a group of about 20 men - also reportedly Islamists - beat up customers and staff at the Velvet IndieGround music store, where they were attending an album launch of British rock group, Radiohead.

The group was apparently angry that they were drinking alcohol at the event during Ramadan. One of the attackers was heard to shout "If you dare to drink here one more time we will come burn you." 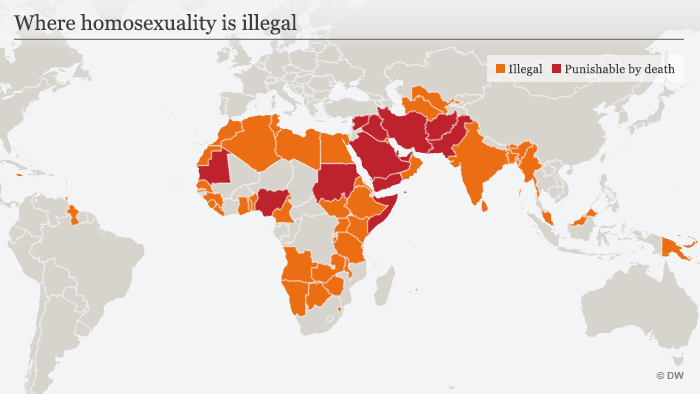 Radiohead condemned the attack, saying the band offered its fans in Istanbul "our love and support."

"We hope that someday we will be able to look back on such acts of violent intolerance as things of the ancient past," the band said a statement carried by Rolling Stone magazine.

A soccer referee who had his license revoked for being gay was awarded thousands of dollars by a Turkish court in a landmark verdict. But his lawyer said the compensation was too small given the damages he suffered. (30.12.2015)