The Israelis and Palestinians have agreed to an Egyptian-proposed 72-hour truce in Gaza, according to officials. The ceasefire comes after Israel's prime minister vowed to continue its military campaign. 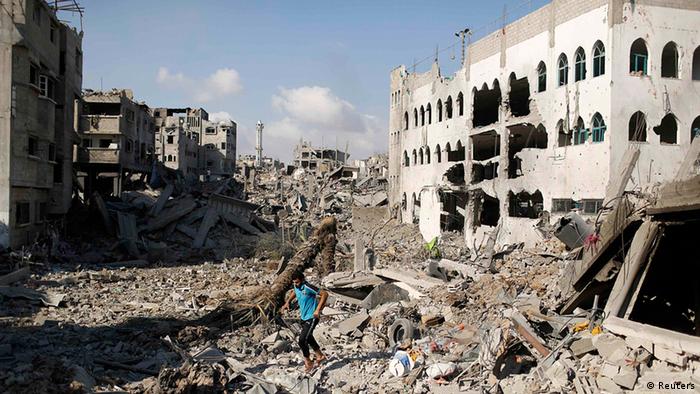 "At 8:00 a.m. local time (500 UTC) tomorrow a ceasefire starts and Israel will cease all military operations against terrorist targets in the Gaza Strip," Regev said. "Israel will honor the ceasefire and will be watching to see if Hamas does the same."

Israeli media reports said Prime Minister Benjamin Netanyahu's security cabinet agreed on the truce during a round of phone calls.

Hamas spokesman Sami Abu Zuhri told the AFP news agency that the group had "informed Cairo a few minutes ago of their approval of the truce." The head of the Palestinian delegation in Egypt to negotiate the ceasefire, Azzam al-Ahmed, earlier confirmed the news to the AFP.

"We hope this will secure a permanent ceasefire and restore stability," the Egyptian Foreign Ministry said in a statement.

Earlier on Monday, Netanyahu said upon the end of a shaky seven-hour truce that Israel's military campaign in Gaza would continue.

"This operation will only end when quiet and security is established for the citizens of Israel for a prolonged period," he said.

More than 1,800 Palestinians, most of them civilians, have been killed by Israeli military attacks over the past month in Gaza. Some 67 Israelis, nearly all soldiers, have also died.

UN chief Ban Ki-moon described Israeli attacks on UN-run schools in the Gaza Strip as "criminal acts." But his comments don't reflect the complexity of the situation, says a German expert on international law. (04.08.2014)