Over 5,000 women from both Israel and the Palestinian territories have arrived in Jerusalem after a two-week march through Israel and the West Bank. They are calling for a peace deal. 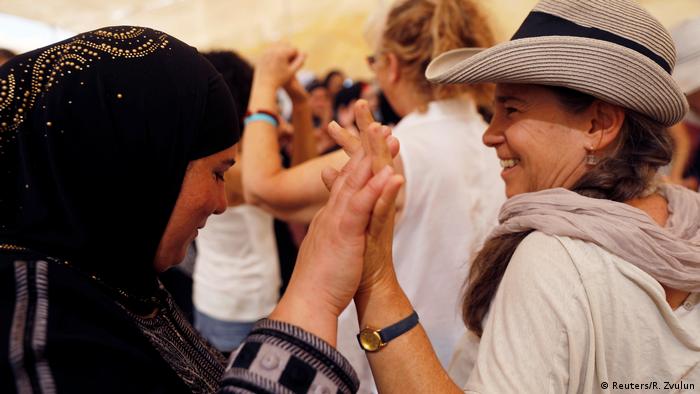 The event was organized by the group dubbed Women Wage Peace, which also includes women that have been personally affected by the decades-long violence between Arabs and Jews in Palestine.

"We are women from the right, the left, Jews and Arabs, from the cities and the periphery and we have decided that we will stop the next war," said one of the founders, Marilyn Smadja.

Several thousand, mostly Israeli women arrived in Jerusalem late on Sunday. They were dressed in white and carried placards calling for peace.

"Israeli women want to prevent the next war if possible and try as soon as possible to reach an agreement between Israelis and Palestinians," said Smadja.

Her fellow organizer, Huda Abuarquob, a Palestinian from Hebron in the occupied West Bank, said: "This march is not just another protest, but a way of saying that we want peace, and together we can obtain it."

Read more: Fatah and Hamas are rivals with unique goals 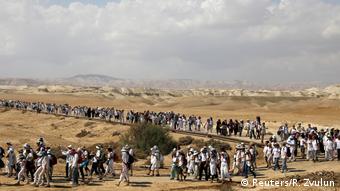 The peace march started on September 24 in several locations across Israel and the West Bank.

"We must come together to be able to reach the peace that we all want," said Michal Froman, who was stabbed by a Palestinian in January 2016 while pregnant. "As a religious woman, I say that to not believe in peace is to not believe in God."

The Women Wage Peace group was established after the latest Israeli-Palestinian war in 2014 which killed around 2,100 Palestinians, most of them civilians. Israel estimates the number of its dead at 67 soldiers and six civilians.

This year's event was aimed at sending a message to leaders on both sides to seek peace and ensure that women are represented in the talks, organizers say.