Pressure from right-wing activists led two mayors in southern Israel to cancel screenings of a Dutch film dealing traumatized Gazan heath workers. The film's director said people in the cities could relate to the movie. 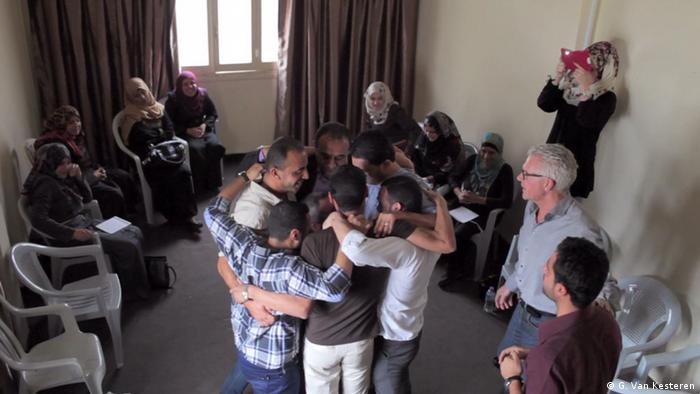 The southern Israeli city of Beersheba prevented the screening of the documentary film "Shivering in Gaza," which deals with trauma therapy in Gaza after the 2014 war with Israel. Following Mayor Ruvik Danilovich's decision to cancel the Sunday screening, artists' organizations expressed their dismay and criticized him in a letter.

They claimed stopping the showing of the film was illegal and called on Danilovich to reverse his decision. A group of 50 professors and students from Ben Gurion University also signed a separate letter sent Danilovich, in which they too expressed their discontent on Tuesday.

The criticism comes among a heightened awareness of censorship among some in Israel following the appointment of Culture Minister Miri Regev after March elections.

During a theater awards ceremony held in Tel Aviv last month, Regev announced: "Whoever wants to slander this country will do it alone. We will not be partners to it, and we will not fund it."

"Shivering in Gaza" is a Dutch production documenting the work of trauma treatment expert Jan Andreae, who meets with Gaza-based aid workers after the 2014 Israel-Gaza war and helps them to cope with fear, trauma and grief.

The movie was planned to be shown in Tel Aviv, Sderot, Beersheba and Gaza, followed by Q&A with Andreae and the film's director, Geert Van Kesteren.

While the screening was held as planned in Tel Aviv and in Gaza, the Sderot event was canceled due to pressure exerted by right-wing activists using a text messaging campaign addressed to the city's mayor, Alon Davidi. Davidi ordered the local cinema director to cancel the screening. 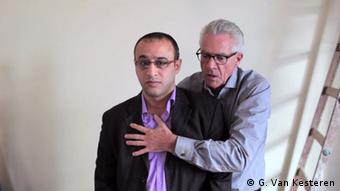 Part of a personal treatment of a medical staff member, committed by Jan Andreae in Gaza

In response, Amnesty decided to show the movie in a small Beersheba movie theater, which is also used by the "coexistence forum" in the city, but yet another massive number of text messages were sent to the city's mayor and he decided to cancel that event, claiming the film was "political" and that, according to Interior Ministry, it is forbidden to use public buildings to promote political causes.

Amnesty adopted the texting method, and posted Danilovich's phone number on Facebook along with a call to text him in protest of the cancellation. So far, he has not altered his decision.

Van Kesteren said he is disappointed that the documentary will not be shown to the people in southern Israel who suffered during the war and he said would be able to relate to the film.

"It is a shame that my film has been hijacked by Israeli politics and banned from being screened at the cinematheque in Sderot and Beersheba," he told DW. "It is true that the film is not dealing with the Israeli side, but it deals with what happens to you as a person, an individual, in war time. This is a film about a war that rages on in your head after the ceasefire. And how to deal with that."

Freedom of expression at risk

The letter sent by the artists' groups called the strict adherence to freedom of expression the essence of all art and a crucial part of any democracy.

"Freedom of expression is a legal right which should be absolute, and except from statements that explicitly violate the country's laws, no single person or institution has the right to determine what content is not legitimate in a democratic state," the artists' letter said.

In calling for officials to reverse their decision and screen the "Shivering in Gaza," the artists claimed that in the current public atmosphere and following steps taking by the Israeli government curbing freedom of expression, "it seems like local authorities, similar to governmental ones, allow themselves to extend their competences beyond what is legitimate and beyond the law." 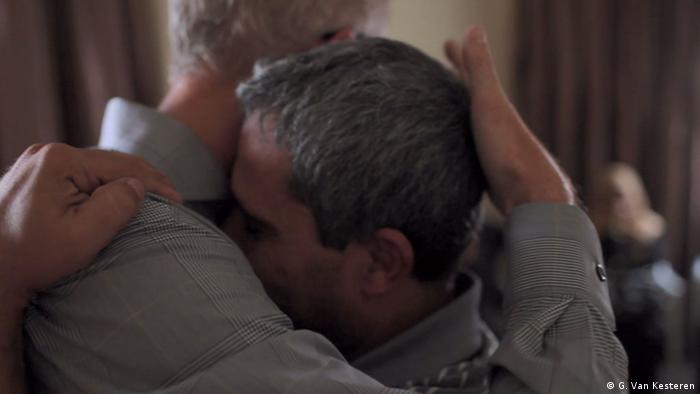 "We can't have mayors acting as chief censors of their town, allowing events to take place only if they fit the leading party's platform," Gher added.

He also called Beersheba's twin cities of Rosenheim and Wuppertal in Germany to join the protest and invited the leaders of the two German cities to join him in calling Beersheba to assure that freedom of expression is maintained and afforded to all.

Van Kesteren insists that the film is not political, and does not blame or shame anyone. "There are no images of war, violence or destruction, and the word 'Israel' is not even mentioned once. It only shows Gazan citizens in their trauma therapy."

However, some Israeli mayors disagree. "This is a movie in which the hero, Jan Andreae, blatantly goes against Israel and blames it for the situation of residents and children in Gaza," Sderot's mayor Davidi told DW. "This is a biased, anti-Zionist and anti-Israeli film and therefore is not screened at our cinema."

"It takes a lot of gall and cynicism to bring a movie as such to the Qassam-stricken Sderot, and trample on the feelings of its residents and children," he said, referring to the rockets fired into Israel. "Our children are suffering from anxiety and receive psychotherapy. Hamas has been firing on Sderot for years. We will not be told who is the good side and the bad in this story."

One year on, Israelis near Gaza feel forgotten

A year after it began, the Israel-Gaza conflict has almost disappeared from Israeli public discourse. Residents of the country's war-stricken south are hardly optimistic about the future. Dana Regev reports from Sderot. (07.07.2015)

Gazans take stock a year after the war

A year after the conflict, life for people in Gaza has not improved. In the wake of the conflict DW'S Tania Krämer visited several families to hear their story. A year later, she asks how they have fared in the meantime. (08.07.2015)

Baltic Sea gas leaks: Who or what is behind them?