Thousands of people in Jerusalem rallied against Israeli Prime Minister Benjamin Netanyahu. They have called for his resignation over alleged corruption and mismanagement of the coronavirus crisis in the country. 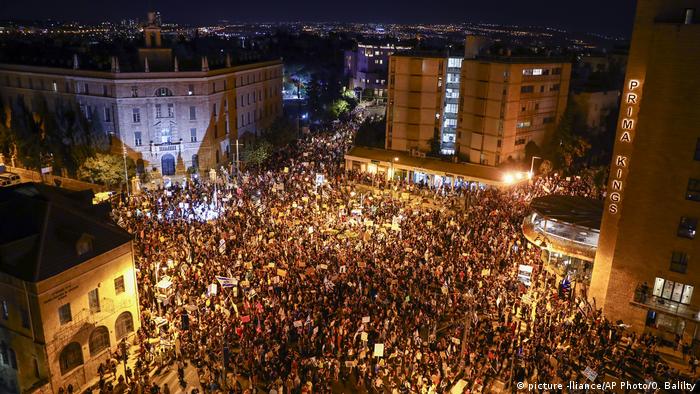 Thousands of demonstrators rallied against Israeli Prime Minister Benjamin Netanyahu across the country on Saturday, with many of them staying well past midnight demanding his resignation over the alleged corruption and his handling of the coronavirus crisis.

The protests have been gaining steam in recent weeks. The main event took place outside the prime minister's official residence in Jerusalem where, according to a police spokesperson, more than 7,000 people had gathered.

Around 1,000 people also rallied outside Netanyahu's private residence in the northern town of Caesarea, police said.

Smaller gatherings also took place in Tel Aviv and at dozens of other busy intersections nationwide. While the organizers didn’t give official estimates of the number of participants, these demonstrations saw the largest turnout in weeks of protests.

The protesters carried banners and Israeli flags as they marched through central Jerusalem. Many carried posters that called Netanyahu "crime minister," while others that said, "Bibi Go Home."

Netanyahu has dismissed the demonstrators as "leftists" and "anarchists."  His right-wing Likud Party issued a statement accusing two of Israel's private TV channels of giving "free and endless publicity" to the protesters. 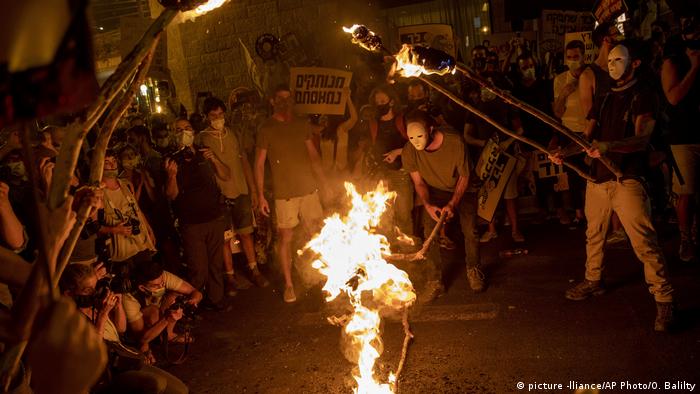 More than 7,000 protesters gathered outside the Israeli prime minister's official residence in Jerusalem, the police said

"They are desperately trying to brainwash the public, in order to bring down a strong prime minister from the right," the party said on Twitter, which was reposted by Netanyahu.

The prime minister faces corruption charges and legal proceedings against him are underway. He has been charged with bribery, fraud, and breach of trust. The protesters object to Netanyahu remaining in office while he is on trial.

Critics of the Israeli leader have also accused him of mismanaging the coronavirus crisis amid a surge in infections. He has also come under criticism for a premature easing of restrictions and a lack of preparation for a second wave.

Unemployment in the country stands at over 20% due to the economic fallout of the pandemic.

Israel, a country of nine million people, has so far reported 72,000 cases of coronavirus and 523 deaths.