Prime Minister Naftali Bennett has announced a €273-million plan to expand Israeli settlements in the disputed territory that Israel seized from Syria in 1967. 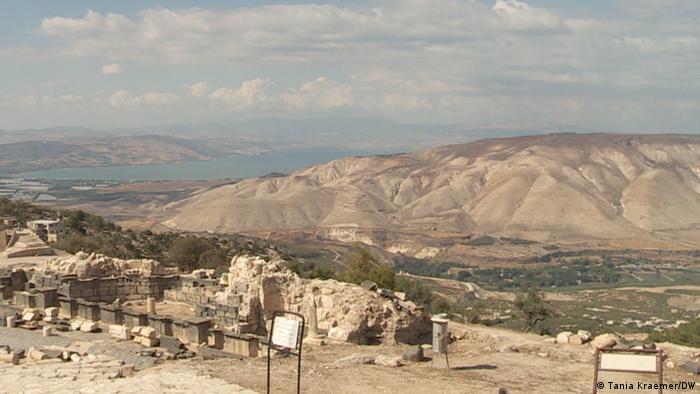 Israeli Prime Minister Naftali Bennett said Sunday that his country plans to double the number of settlers living in the Golan Heights.

The plan was approved by the Israeli Cabinet on Sunday, Bennett's office said.

The move comes nearly three years after the United States, under former President Donald Trump, recognized Israel's sovereignty over the Golan, which Israel captured from Syria more than five decades ago.

Trump's declaration was condemned by the rest of the international community as the annexation is not widely recognized.

What is the plan?

"After many static years regarding the scope of community life, our goal today is to double the population of the Golan Heights," Bennett said.

Two new neighborhoods were to be built in the town of Katzrin, he said. Furthermore, two new settlements are to be built, named Asif and Matar.

Speaking at a special government meeting in Kibbutz Mevo Chama near the Sea of Galilee, Bennett said the Golan should also become the technological capital of renewable energy in Israel.

"After around 10 years of terrible civil war in Syria, every knowledgeable person in the world understands that it is preferable to have Israeli heights that are quiet, flourishing and green as opposed to the alternative," Bennett said.

"The Golan Heights are Israeli; this is self-evident," he added.

Why are the Golan heights so important?

Under international law, the region is still considered Syrian territory occupied by Israel.

Bennett acknowledged that the new investment was prompted by Trump's recognition and by the current US administration's indication in June that it will not soon challenge that decision.

Israel has long argued that Golan has, for all practical purposes, been fully integrated into Israel — and that control of the strategic plateau is needed as protection from Iran and its allies in Syria.

However, the decision will complicate any future attempt to forge peace with Syria, which claims the region.

More than 50,000 people live in the area — just over half of them Jewish Israelis, along with Druze and a small Alawite minority.

Shortly after the announcement, the Israeli prime minister went into isolation at home after his 14-year-old daughter tested positive for the coronavirus, his office said.

Bennett left the weekly meeting and will await the results of a COVID-19 PCR test before resuming his duties.

Israel has reported 1,118 confirmed cases of the omicron variant, with the number of people infected by the variant now doubling every two days.

Israel's cabinet has visited the Golan Heights to inaugurate the country's controversial new settlement. In March, Trump recognized the territory that Israel seized from Syria in 1967 as belonging to the Jewish state.