In response to rocket fire toward Israel, the country's military aircraft has hit two Hamas targets in the Gaza Strip. The airstrikes marked the fourth day in the worst flare-up of violence since the 2014 50-day war. 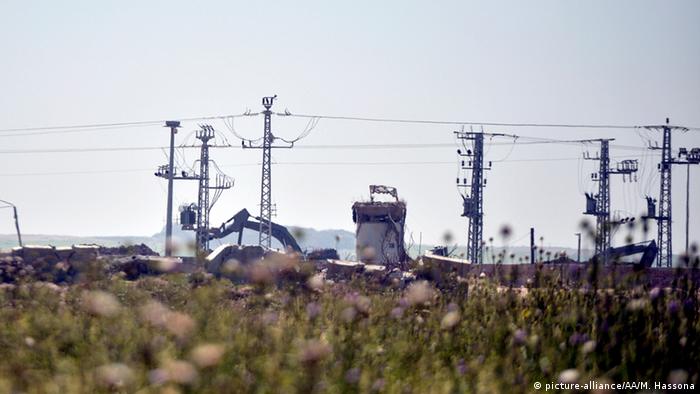 Sirens were heard early on Saturday morning in southern Israel after a rocket was fired from the Gaza strip, prompting Israeli retaliation.

Israel and Hamas fighters have clashed in southern Gaza in the most serious incidents since a devastating war in 2014. Israel's army has said it found another cross-border tunnel used by Palestinian militants. (05.05.2016)

Israeli forces and Palestinian militants have exchanged fire, and Israel has launched air raids on the Gaza Strip. There were no reports of injuries during the exchange, which threatens a two-year-old ceasefire. (05.05.2016)

"In response... aircraft targeted two Hamas terror infrastructures in the southern Gaza Strip," the Israeli army said in a statement.

There was no immediate claim of responsibility for the rocket launch, but most such fire since 2014 has been carried out by fringe Islamist groups. Israel, however, holds Gaza's Hamas rulers responsible for all such attacks.

Witnesses, however, said two missiles hit a base of Hamas's military wing east of the city, causing significant damage.

Since Wednesday, Hamas and other militant groups have fired at least 12 mortar rounds at Israeli forces who were searching along the border and short distances inside Gaza for infiltration tunnels leading into Israel - one of which was discovered on Thursday. 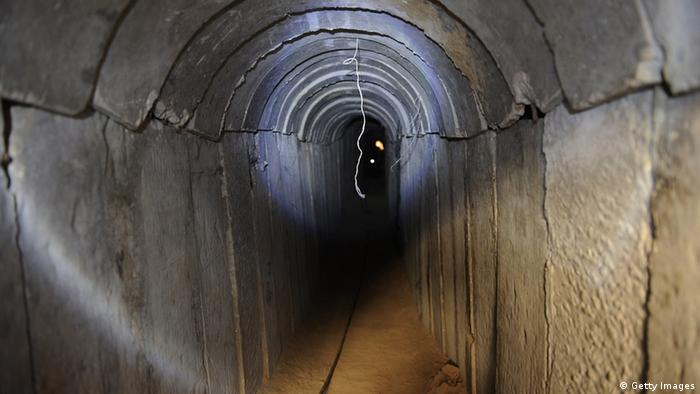 Such tunnels were among the most feared tools of Hamas fighters during the 2014 conflict which left 2,251 Palestinians and 73 Israelis dead. Saturday marked the fourth day of the most serious exchange of fire across the Israeli-Gaza border since the conflict two years ago, re-igniting concerns for the future of an informal truce that has held since the conflict ended.

On Thursday, health officials in Gaza said a 54-year-old woman was killed near Rafah by an Israeli tank shelling. In a separate incident, four members of the same family were wounded - three children and a 65-year-old man - in an airstrike on a workshop in Gaza's Al-Zeitoun district.

The UN's special coordinator for the Middle East peace process, Nickolay Mladenov, said earlier in the week that he was "concerned" with the escalation.

"It is critical that peace be maintained to ensure the safety and security of Israelis and Palestinians alike," he said in a statement.

Hamas's Gaza leader, Ismail Haniya, said on Friday, however, that the group was "not calling for a new war," but would not accept Israeli intrusion into Palestinian territory.