Israeli strikes on a Hamas-occupied building in Gaza also hit the offices of Turkey's state news agency. Turkish President Erdogan has fiercely denounced the attack, which could stoke tensions between Israel and Turkey. 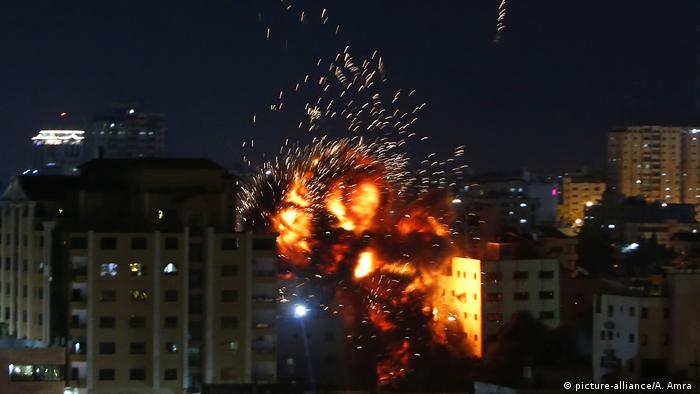 Israeli warplanes carried out dozens of retaliatory airstrikes across the Hamas-controlled Gaza Strip in response to a barrage of rockets fired from Palestinian militants as hostilities flared into a second day.

Turkey's state-run media reported that the building was hit by at least five Israeli rockets after warning shots were fired. No deaths or injuries were reported.

Turkish officials condemned the attack, which is likely to strain already tense relations with Israel.

Last month, Erdogan called Israeli Prime Minister Benjamin Netanyahu a "tyrant" after Netanyahu referred to him as a "dictator" and a "joke."

"Targeting of Anadolu Agency Gaza office is new example of Israel's unrestrained aggression," Turkish Foreign Minister Mevlut Cavusoglu wrote on Twitter. "Israeli violence against innocent people without distinction is a crime against humanity. Those who encourage Israel are also guilty."

"We will keep defending the Palestinian cause, even if alone," he added.

In a separate statement, Turkey's Foreign Ministry called on the international community "to act swiftly in order to ease tensions that have increased due to Israel's disproportionate actions in the region." 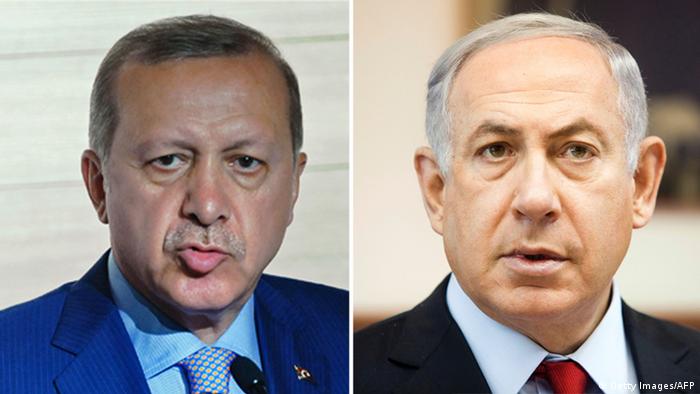 An early morning rocket attack from Gaza on Sunday killed an Israeli man in the coastal city of Ashkelon, Israeli medical officials said on Sunday.

On Saturday, three Palestinians, including a pregnant mother and her 1-year-old baby, were killed in an Israeli attack, while three Israelis were injured by rocket fire. Israel disputed the claim, saying it was targeting only military-related sites.

Gaza militants have fired over 400 rockets at Israel since Friday, breaking a monthlong truce.

Hamas, which controls Gaza, and its ally Islamic Jihad, have vowed to continue their rocket attacks on Israel.

Human Rights Watch has accused Israel of using a 2017 anti-boycott law to silence criticism of the occupation of Palestinian territories. A Jerusalem court ruled the watchdog official supported boycotts against Israel. (17.04.2019)

Former senior European politicians have urged the EU to reject Donald Trump's peace plan for the Middle East if it's one-sided and unfair to Palestinians. The US president is about to unveil his proposal for the region. (15.04.2019)