Israel has decided to freeze a monthly transfer of tax revenue to the Palestinians. This comes with the two sides at loggerheads over the Palestinians' application to join the International Criminal Court. 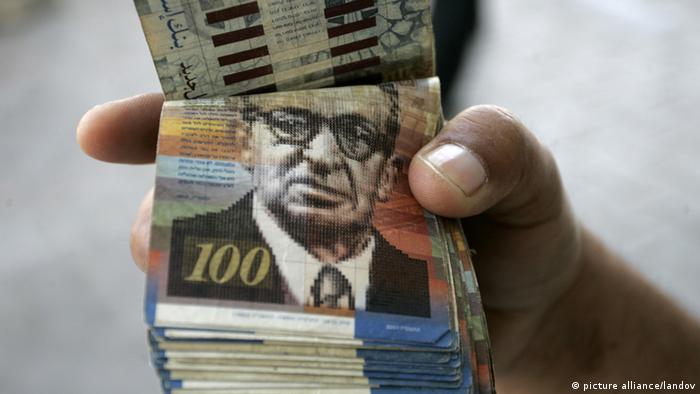 The funds are from taxes that Israel collects on behalf of the Palestinians and are crucial to the activities of the PA, including paying civil servants' salaries. The payments are required under the interim peace accords between Israel and the PA.

Israel has frozen the transfer of such funds to express its displeasure on previous occasions, including in November 2012, when President Mahmoud Abbas succeeded in his bid to get the United Nations General Assembly to recognize Palestine as a "non-member observer state." This made the Palestinians eligible to apply to join the International Criminal Court in The Hague.

Israel was angered by the Palestinians' intention to do just that. Palestinian Ambassador Riyad Mansour submitted documents supporting the bid at UN headquarters in New York on Friday, telling reporters that it was aimed at achieving "justice for all the victims that have been killed by Israel," the occupying power.

Earlier on Saturday, news agencies cited unnamed Israeli sources who said they were considering legal action over Abbas' decision to reconcile and form a unity government with the Islamist group Hamas, which Israel regards as a terrorist organization.

Israel was "weighing the possibilities for large-scale prosecution in the United States and elsewhere" of Abbas and other senior Palestinian officials, Reuters quoted an unnamed source as saying.

It's not clear what the odds are of the Palestinians' being successful in their bid to join the ICC. A statement from UN Secretary-General Ban Ki-moon's spokesman posted on his website said the documents submitted on Friday "are being reviewed with a view to determining the appropriate next steps."

Palestinian leaders have paved the way for Palestine to join the International Criminal Court. The move will further complicate negotiations with Israel, says Christian Tomuschat, a Berlin-based international law expert. (02.01.2015)

The Israeli prime minister has triumphed in his party primary by a landslide. Netanyahu is seeking a third straight term in office in legislative elections in March. (01.01.2015)

The UN Security Council has failed to adopt a resolution to end Israel's occupation of the West Bank and enable Palestinian statehood. France and China voted for the resolution, while the US and Australia voted against. (30.12.2014)