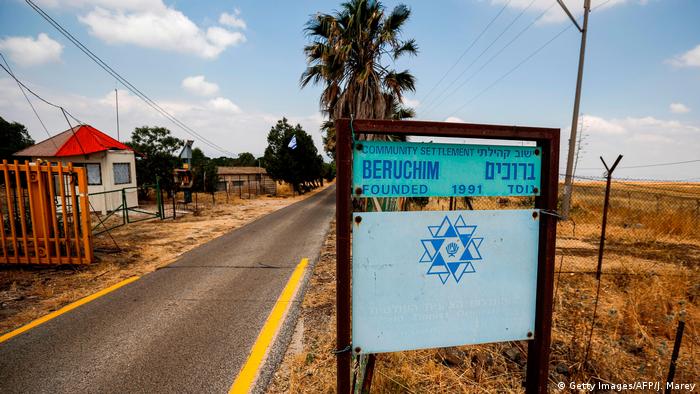 Israel began preparations for a new settlement in the Golan Heights named after US President Donald Trump, following Israeli government approval on Sunday.

"We will start today with practical steps to construct Ramat Trump in the Golan Heights," Prime Minister Benjamin Netanyahu said at the start of the weekly cabinet meeting in Jerusalem.

Ramat Trump in Hebrew translates as Trump Heights in English.

Israel captured the Golan Heights from Syria in the 1967 Mideast war and annexed it in 1981. Most of the international community considers the move, and Israeli settlements in the territory, illegal under international law.

But Trump signed an executive order in March 2019 recognizing the Golan Heights as Israeli territory.

As a gesture of appreciation, Netanyahu unveiled plans to develop a plot of land next to the small settlement of Qela, based in the Golan Heights, and name it after the US president.

Under the plans, approved by the government on Sunday, 8 million shekels ($2.3 million, €2.04 million) have been earmarked for developing Qela, reported Reuters, citing Israeli media.

Qela is home to under 300 people. Its neighborhood of Bruchim, which will be developed rebranded as Trump Heights, is currently home to just a dozen residents but will house up to 300 families when finished, said Settlements Minister Tzipi Hotovely in a Facebook post.

Israel has built dozens of settlements in the Golan Heights over the years, with an estimated 26,000 Jewish settlers living there as of 2019. Roughly the same number of Arabs live there, most of them members of the Druze sect of Shiite Islam.

Trump's recognition of the Golan Heights as part of Israel followed the relocation of the US embassy from Tel Aviv to Jerusalem in 2018, which sparked anger across the Muslim world.