Orthodox Christians in Egypt are the victims of attacks yet again. Markus Rode of the organization "Open Doors" explains the escalation of violence against Copts in a DW interview. 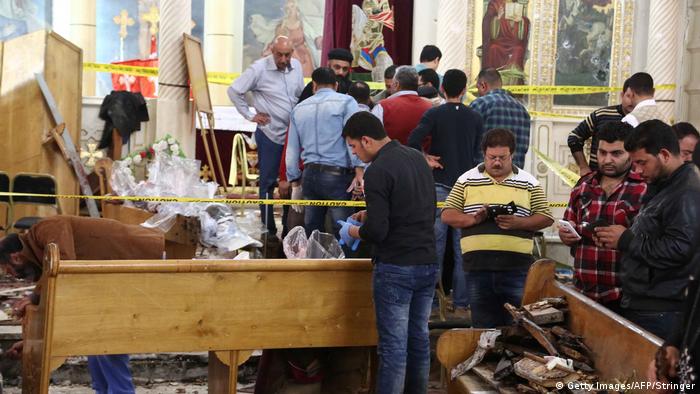 DW: Two attacks targeted Coptic Christians in Egypt today. More than 30 worshippers died in bomb attacks in Tanta and Alexandria. How would you classify the attacks?

Markus Rode: The attacks are part of a series. The first of the series took place last year, on December 11 - the Prophet Muhammad's birthday - when a bomb attack was carried out at the Coptic church of Saint Peter and Saint Paul in the center of Cairo. To date, 29 people have died from that attack.

How do you explain the escalation of violence?

In my opinion, the cycle of violence began when President Morsi was removed from power. Until now, August 14, 2013, represented the peak of violent attacks against Christians: On that date, many churches were destroyed and Christians murdered. The momentum back then was attributed to the fact that the pope of the Copts was seen alongside strongman Abdel Fattah el-Sissi, who orchestrated Morsi's ouster. It was said that the Christians were to blame that the Muslim Brotherhood was deposed.

Why does violence always flare up in Egypt of all places? 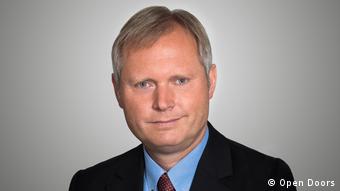 Egypt plays a very special role in the Middle East. And its Christian population, which is 10 percent, is the highest in the region. Moreover, Cairo, especially the area around the Al-Azhar Mosque and the Al-Azhar University, is the epicenter of Islamic intellectualism. One has to keep that in mind. There are often confrontations there. And Islamists are dedicated to reestablishing a stronger role for Sunni Islam in Egypt.

You are in touch with those affected there through your organization "Open Doors." How do they see the situation?

We have been active in Egypt for years. Our contacts - mostly Christians - tell us that it is important to them that the situation be de-escalated. And they actively worked toward de-escalation in the aftermath of the December 11 attack: They prayed for those who carried out the attack. They said, and I quote: "Tonight in our church, we prayed for those who planted the bomb here. We Egyptian Christians prayed for those who persecute us, so that they may know Jesus Christ." The thing that I find most astonishing is that Christians in Egypt really aren't that interested in holding the perpetrators to account. When numerous churches were burnt to the ground in 2013, they even hung banners from their houses proclaiming: "We forgive you." 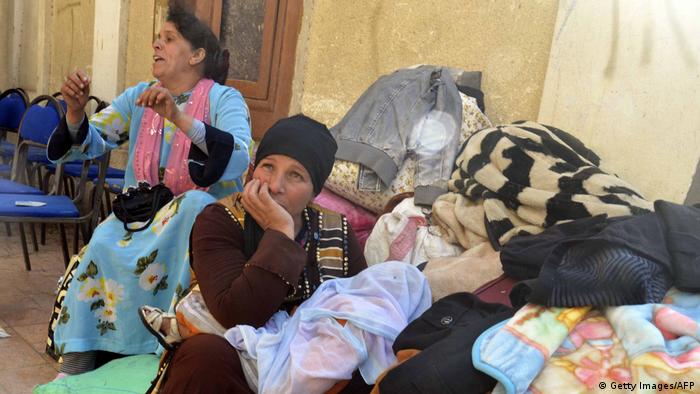 In February, many Coptic Christians fled jihadi attacks on the Sinai Peninsula

But, of course, there is a lot of fear, especially now. Last month, a number of Christians were stabbed to death at random. At first, police assumed that the incidents were murder with robbery, but then they found that nothing had been stolen from any of the victims. It is very clear that all of this can be traced back to threats by "Islamic State" (IS) and other Islamist groups that have said that they will hunt down and wipe out Copts.

Right now it is really impossible to protect them. Attackers simply stroll into a random house and then shoot dead a Coptic Christian. In the past they have even had the gall to sit down in a Christian's store and have something to eat and drink after carrying out such attacks. They move among the people undetected, they are unidentifiable. They pop up, carry out an attack, then disappear once again. Or they blow themselves up. That makes providing protection extremely difficult. But security at the churches themselves must be greatly increased. 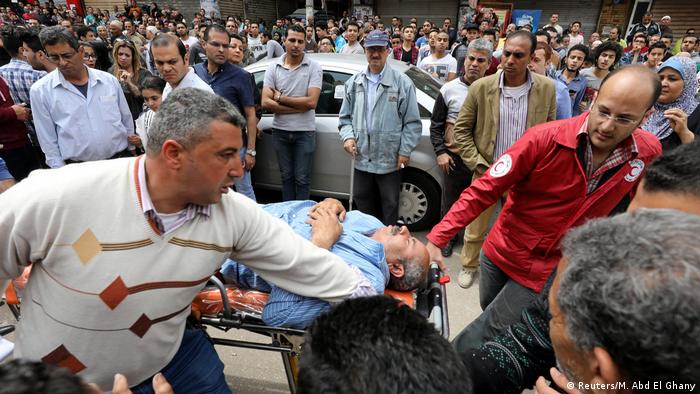 Do you expect more violence at Easter?

There is an "IS" video indicating that they have a clear agenda to attack Christians when they are most vulnerable - namely during their traditional celebrations. That was made clear by today's Palm Sunday attack. The strategy is obviously to evoke fear and terror wherever Christians gather to celebrate feast days. The "message" from "IS" is: When you meet to practice your faith, remember that we are among you and we are going to kill you. "IS" wants to put an end to the public celebration of Christian religious festivals and is attempting to achieve this by escalating the violence.

Markus Rode is the chairman of the German division of "Open Doors." The non-denominational aid network is committed to helping persecuted Christians around the world, and publishes an annual "World Watch List" that documents such persecution.

This interview was conducted by Friedel Taube.

Two Coptic Christian churches have been targeted in bombings, the deadliest to hit the community in months. The Coptic community has witnessed a sharp rise in targeted attacks by extremists in the past year. (09.04.2017)