Investigators have arrested an Ohio man in connection with a plot to attack the US Capitol building. Christopher Lee Cornell had indicated on Twitter that he was a supporter of "Islamic State." 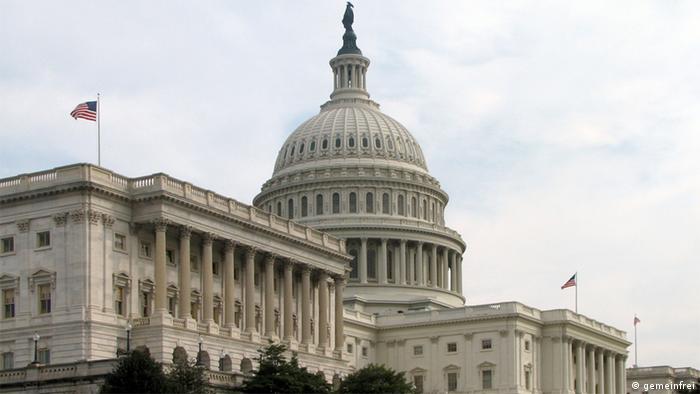 Cornell was arrested on Wednesday as he attempted to take control of a firearm during an undercover operation by the US Federal Bureau of Investigation.

Investigators said the arrest came after Cornell tried to buy a semi-automatic rifle and 600 rounds of ammunition. The suspect was charged with attempting to kill a US government officer and possession of a firearm in furtherance of an attempted crime of violence.

Cornell - also known as Raheel Mahrus Ubaydah - was said to have told an informant cooperating with the FBI that he hoped to conduct a lone terrorist attack on his own against Congress officials and employees. His plan was to lay pipe bombs near the building and shoot employees.

The 20-year-old from Cincinnati, who was active on Twitter, posted videos and statements in support of "Islamic State" (IS) and the staging of violent attacks.

Officials said the informant had been supplying them with information about Cornell since last year. In a meeting with the informant in November, Cornell allegedly said he considered members of Congress to be his enemies.

In an instant message conversation with the informant, testimony documents said Cornell had admitted he had no support to conduct an attack on behalf of any jihadi group. However, the testimony said: "We already got a thumbs up from the Brothers over there and Anwar al Awlaki before his martyrdom and many others."

Awlaki, an al Qaeda cleric, was killed by the US in Yemen in 2011 and has been linked with one of the terrorists involved in the attack on French satirical magazine Charlie Hebdo. IS and al Qaeda are understood to be strongly opposed to each other, at least at leadership level.

US officials have warned of the risk of so-called lone wolf attacks by terrorist sympathizers, as well as Western IS recruits returning to the US and Europe.