Investigations into jihadi returners pushing German courts to their limits | Germany| News and in-depth reporting from Berlin and beyond | DW | 11.12.2014

Investigations into jihadi returners pushing German courts to their limits

The German justice system is struggling to deal with the number of suspected jihadis returning from fighting in the Middle East. The speed with which the problem is developing is particularly concerning, say lawyers. 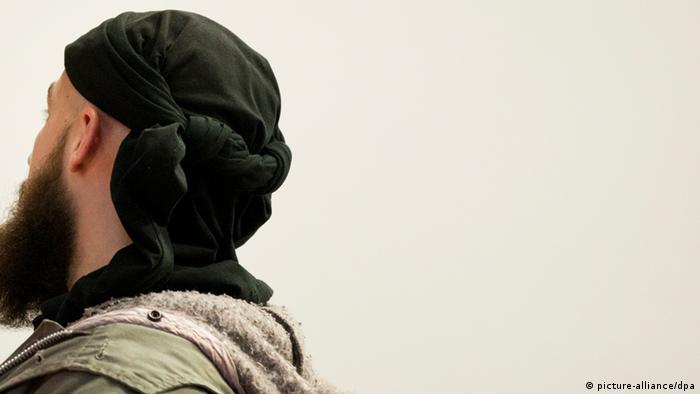 Germany's courts are snowed under with an unprecedented number of proceedings against suspected jihadis, the country's chief prosecutor, Harald Range, said on Thursday.

Lawyers at the Federal Prosecutor's Office are currently dealing with 46 cases which include a total of 83 suspected Islamists or supporters.The numbers returning have increased tenfold since last year – in 2013 the Federal Court dealt with five cases of eight jihadi returners.

According to Range, many other cases of jihadi fighters returning to Germany are being handled by regional courts, which are currently investigating with more than 100 cases of suspected returning fighters or supporters.

"For months we have been working at the limits of our capacities," said Range. "What worries me the most is the alarming speed at which ordinary young people are radicalizing or being radicalized and becoming violent jihadis," he added.

The rise of the "Islamic State" (IS) in Iraq and Syria has had a huge impact on Germany, Range said. German security agencies estimate that more than 550 Islamists have now travelled from Germany to the Middle East. Networks providing financial and logistical support are also thought to be in operation in Germany. 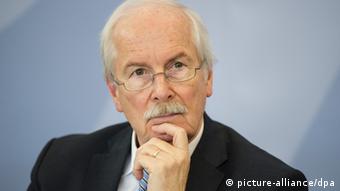 Germany "in the firing line"

There is no clear evidence of plans by returners for attacks in Germany, but prosecutor Range said that he was still concerned. "Germany is in the firing line of jihadi terrorism," he said, adding that he believed the number of German jihadi fighters returning to the country would continue to grow.

Chief prosecutor Range said that a "preventative approach" to the issue was needed, calling for better education programs in schools and cooperation with Muslim associations.

A study carried out by the BBC World Service and King's College London found that 5042 people were killed in reported jihadist incidents worldwide during November 2014, with the "Islamic State" (IS) carrying out the majority of the attacks.

German authorities are cracking down on home-grown supporters of the Islamic State jihadist group waging war in Syria and Iraq. Raids were made on the opening day of the country's second trial of an alleged IS supporter. (06.11.2014)

Up to nine Germans have carried out suicide bombings for the "Islamic State" terror group this year, a German research team reports. Berlin is weighing its response amid fears that the number could continue to grow. (17.09.2014)

What should Germany do against home-grown Islamists who leave for Jihad in Syria or Iraq? When it comes to German citizens, authorities' hands are mostly tied. The earlier they act, the easier it is to intervene. (19.09.2014)