How al Qaeda exports extremism from Yemen to Paris | Middle East| News and analysis of events in the Arab world | DW | 11.01.2015

How al Qaeda exports extremism from Yemen to Paris

One of the terrorists behind the Paris killings trained with al Qaeda in Yemen. The country on the Arabian Peninsula is a safe haven for the group, and its local offshoot is considered to be particularly dangerous. 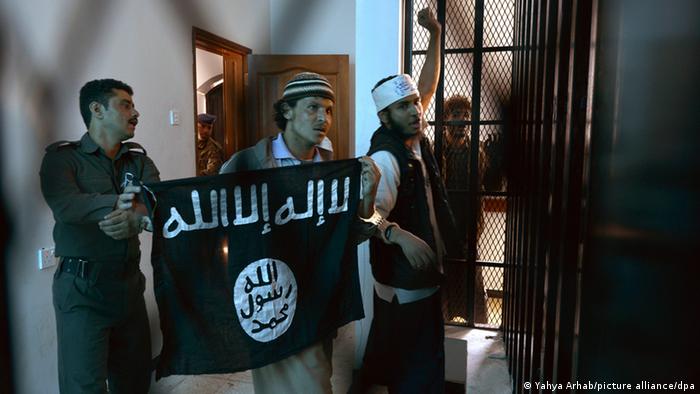 The terrorist attack in Paris was an act of revenge to "restore the honor" of the Prophet Muhammed, according to a video posted online by the terror organization al-Qaeda in the Arabian Peninsula (AQAP) on Friday (9.01.2015). In the message, AQAP cleric Harith al-Nadhari threatened new attacks, and said France was one of the leading forces of unbelief. "It insults the Prophet, degrades the religion and fights the faithful," he said.

On Friday, a man who identified himself as Cherif Kouachi, one of the perpetrators of the Paris shooting, told French broadcaster BFMTV that AQAP ordered him to carry out the attack. He said the organization had also financed the operation.

Both French and US intelligence services have confirmed that Kouachi had previously trained at a terrorist camp in Yemen. But it's still not clear whether they maintained contact up until the terrorist attack. 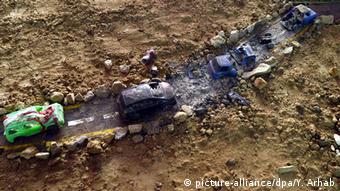 US drones hit a terrorist convoy near Yemen's capital Sanaa

What is certain is that Stephane Charbonnier, the slain "Charlie Hebdo" editor in chief, had appeared on an al Qaeda list - modeled on a US wanted poster - published by the online jihad magazine "Inspire" in March 2013. Charbonnier and other "wanted" individuals appeared beneath the crude accusation of committing "crimes against Islam."

"Inspire" is an English-language publication said to be produced by AQAP. The magazine, which publishes instructions on how to build bombs and carry out shootings, presumably draws on the work of radical preacher Anwar Al-Awlaki.

Born in the US state of New Mexico, Al-Awlaki was an American citizen of Yemeni origin. His job was to recruit young Muslims for al Qaeda, with a strong focus on finding potential targets via digital media. He had a blog, was active on social networks, and regularly uploaded videos to the Internet. In 2004, he moved to Yemen with his family, and in March 2010 he called for a "holy war" against the US. In September 2011, he was killed in a CIA drone attack.

AQAP was formed in 2009 after a merger between al Qaeda offshoots in Saudi Arabia and Yemen. The Yemen branch of the group is known for being particularly aggressive. They are responsible for the bombing attack on the American destroyer USS Cole in the port of Aden in 2000, in which 17 US sailors died. Eight years later, the group attacked the US embassy in Sanaa, killing 16 people. AQAP was also behind the failed plot to bomb Northwest Airlines Flight 253 in December 2009. 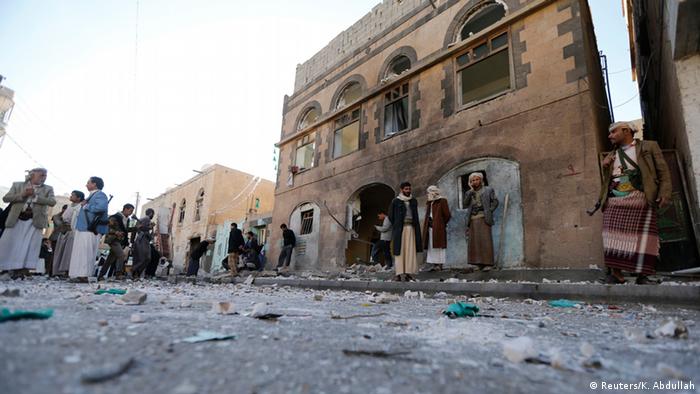 Houthi Assembly in the firing line

Yemen is one of the poorest Arab countries. It struggles with unemployment and water scarcity. About 40 percent of the population of 23 million is considered to be malnourished. Corruption is rife, and the rift between the north and south of the country still hasn't been completely resolved, even a quarter century after reunification in 1990.

At the same time, the state is weak. The government has failed to enforce its authority, particularly following the resignation of the government of Ali Abdullah Saleh in February 2012. AQAP has exploited these conditions, and has found a safe haven in the near-inaccessible hinterland.

The Yemeni government has received military support from the United States - mainly in the form of drone strikes - as it attempts to stem al Qaeda's growth. According to research by the "Bureau of Investigative Journalism," there were 80 confirmed drone attacks carried out between 2002 and 2014. Up to 541 people were killed in those strikes, including at least 83 civilians - seven of whom were children. In other unconfirmed attacks, up to 900 people are thought to have died, including up to 100 civilians.

Thus far, the drone strikes have had a limited impact on AQAP. Critics fear they could even be counterproductive, and that the deaths of so many civilians may be boosting the terrorists' supporter base by driving more disgruntled Yemenis into the arms of AQAP.

Another factor playing into the hands of AQAP is the unease many Sunni Yemenis feel about the revolt led by Shiite Houthi rebels. The rebels have been advancing from their ancestral homelands in the north of the country progressively further south, where they've come up against al Qaeda. AQAP has become a force of Sunni resistance to the Houthis. In October last year, a suicide bomber set his explosives off at a meeting of the Houthi assembly, killing some 50 people. 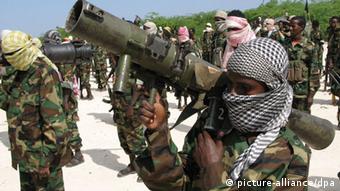 The Houthi advance has sent more and more people fleeing their homes. The latest estimates from the United Nations Refugee Agency suggest around 365,000 people have been displaced. Al Qaeda could also look to these people for recruits. Just as they could gain new followers from their close links to the al-Shabab militant group in Somalia. In other words, Yemen is becoming a hub for terrorism.

For some time, al Qaeda in Yemen has been changing its tactics. Their followers urge them to carry out small-scale attacks, rather than larger, difficult-to-coordinate assaults.

"The crimes of Western countries - including the US, Great Britain and France - will reverberate profoundly on their own territory," reads the most recent issue of "Inspire." The magazine encourages its readers to carry out attacks on Western targets, particularly in the United States. Second options are listed as Britain and France.

Last week, masked gunmen succeeded in carrying out a terrorist attack on the latter. And for al Qaeda at least, which is facing ever-increasing competition from "Islamic State," the latest attack will be seen as something of a propaganda coup.

A man believed to be Paris grocery attacker has appeared in a posthumously published online video. An overlaid message claims Amedy Coulibaly killed a police officer and attacked a supermarket on behalf of Islamic State. (11.01.2015)

Three suspects have been named, and one has turned himself in to police over the attack on humor magazine Charlie Hebdo. A police operation is underway in the northeastern city of Reims to apprehend the gunmen. (08.01.2015)

Radical Islamists are overtaking the moderate opposition in Syria, and al Qaeda affiliated groups are on the rise, supported by the Gulf states. But how dangerous are the so-called "jihadists"? (16.09.2013)