′Islamic State′ encroaching on Libya | World| Breaking news and perspectives from around the globe | DW | 02.02.2015

Terror organization 'Islamic State' continues to gain ground in Libya by carrying out attacks and kidnappings. Some of the country's regions are no longer under the control of state authorities. 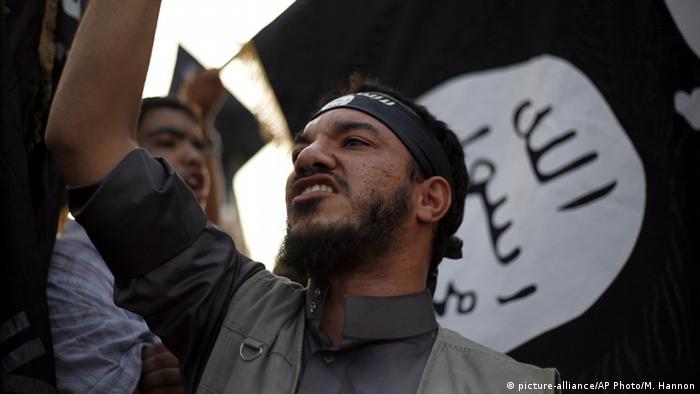 Everyone out. Right away. The message by the British Foreign and Commonwealth Office (FCO) at the end of January didn't leave any room for interpretation: The situation in Libya is tense. Reason for that security warning was the recent attack on the Corinthia Hotel in Tripolis where gunmen killed nine people - five of them were Britons.

Terror organization "Islamic State" (IS) has claimed responsibility for the attack. IS as well as other terror groups such as Ansar-al-Sharia are likely to carry out attacks on foreigners again, the FCO statement said.

In addition to the risk of being kidnapped, foreigners could also be caught in indiscriminate gunfire or shelling.

The German Foreign Office also advises German citizens not to travel to Libya. Citizens from Western countries run the risk of being kidnapped at all times, the agency states.

The terror organizations also target citizens from other regions. At the beginning of January, Christian foreign workers from Egypt were kidnapped. A few days later, Copts in the port city of Sirte were taken. Their whereabouts are still not known. 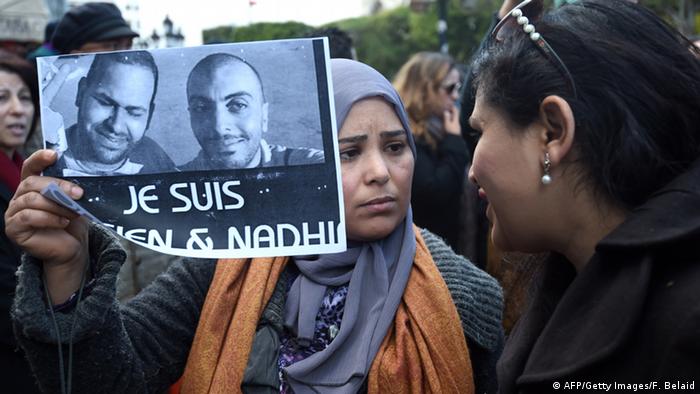 It's also unclear what happened to the two Tunisian journalists Sofiane Chourabi and Nadir Chetari. Both disappeared in the Libyan province of Ajdabiya in September of last year. At the beginning of January, a jihadist website reported that both had been killed. This has caused a stir in Tunisia and saw many people taking to the streets to commemorate them. A few days later, the Tunisian foreign ministry said it had obtained new information about the whereabouts of the two - what meant little else than that they believe they are still alive.

Some Libyans sympathize with the Islamists

IS systematically makes use of the chaotic conditions in Libya. For months, rivaling governments fought for power. After two days of negotiations in Geneva, the General National Congress which is not the internationally recognized government said it would continue to partake in future talks if it were granted a seat within the country's political sphere.

But to this date, the two rivals compete for power. And the IS exploits that, says Libya expert Hasni Abidi, Director of the Geneva-based Study and Research Center for the Arab and Mediterranean World. IS was especially active in the country's Southeast, he said. Some of the regions are no longer under the control of regional authorities. "Furthermore, some of the citizens in Tripoli, Bengasi and other cities sympathize with IS," he said.

According to studies by security and Middle East expert Daniel Byman at the Georgetown University, IS uses a different kind of expansion strategy than al-Qaeda. The latter was organized more like a franchise system: The terror organization supported local groups financially, logistically and through training. In turn, the new partners committed to carrying out attacks for al-Qaeda. These attacks were supposed to mainly focus on targets abroad to push Western states to end collaborations with what al-Qaeda deemed illegitimate Arabic rulers such as Saudi Arabia. But al-Qaeda soon had to learn that their new partners had different things in mind – and their strategy didn't always work. 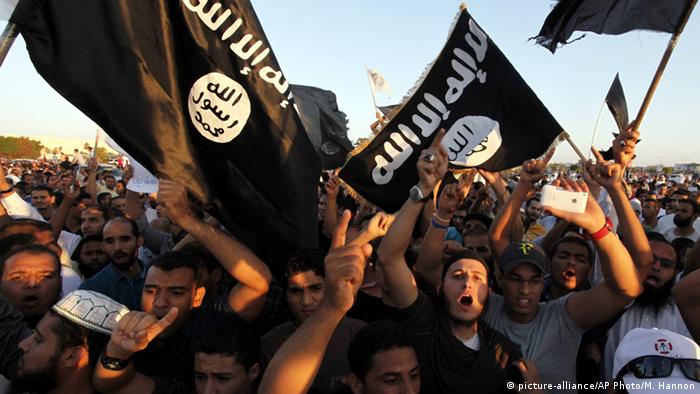 IS, on the other hand, teams up with organizations that focus less on attacks abroad, but more on terror at home. Their goal - to topple the government - should not happen via attacks abroad, but by local cells establishing themselves right there in the country and then pushing local authorities out. That principle is called "Baqiya wa tatamaddad" - remaining and expanding.

Through that principle, IS has already conquered wide swaths of Iraq and Syria and established what they call a caliphate. Individual groups should help spread the caliphate further into different regions which then ultimately should be linked together to create one big caliphate.

In terms of geostrategic setup, Libya is perfect for such a strategy as its borders are hard to control in the south, close to the Sahel zone as well as in the west. That's where fighters move in to Libya, said Abidi.

And they help boost the presence of IS fighters. The attacks and kidnappings of the past weeks show that the group is present in every big city of the country.

IS also attracts more and more members of al-Qaeda-linked Ansar-Al-Sharia group – it might very well be that IS is going to absorb the group in its entirety as it has done with Al-Nusra Front in Syria.

In addition to attacks and kidnappings, IS fighters are also patrolling the cities to police what they call Islamic behavior in accordance with Sharia law. That means no tobacco sales and no business during prayer hours. Some citizens are drawn to such rules. It's them but also foreign fighters that help enforce these rules. 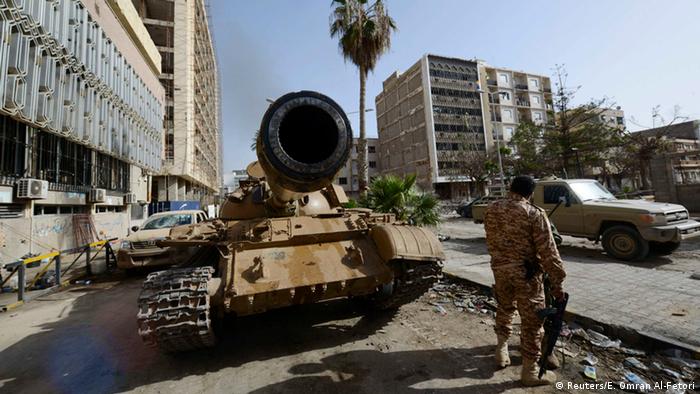 In order to stop IS, firm military action is needed, said Abidi. Furthermore, there needs to be more pressure on stakeholders. Based on fighting in former Yugoslavia, he suggests a treaty that follows the Dayton Agreement. In 1995, after three weeks of negotiations, political representatives from Serbia, Croatioa and Bosnia-Herzegovina respectively agreed on political structure and distribution of power. Such a model could also be a way out for Libya. "If the actors don't come together, Libya will cease to exist."

The army of Libya's internationally recognized government has declared a unilateral ceasefire. Hours earlier, the United Nations had threatened to impose sanctions if fighting in the North African country continued. (18.01.2015)