Libya descending into anarchy, as talks in Geneva begin

In Libya, the state is increasingly irrelevant. Islamists are openly challenging the elected government. Jihadists are spreading terrorism. The international community's measures are threatening to fail. 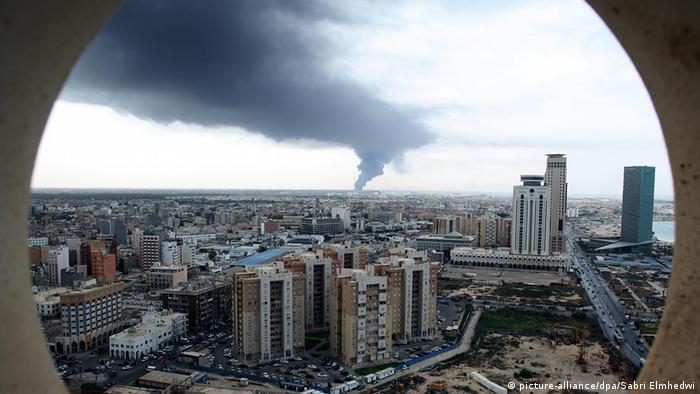 It is almost impossible to reach Libya, at least by air. Two weeks ago, Turkish Airlines announced it would stop flights to the North African country, becoming the last airline to cancel its flights there. Now only national carrier "Afriqiyah" operates in the country.

The decision by Turkish Airlines to cancel all its flights to and from Libya is another sign that the country is collapsing. Just a few weeks ago, a Libyan military plane attacked a Greek tanker headed towards the port city of Darna. Two crew members were killed. A government spokesman said the government was taking responsibility for the attack, claiming that the ship was bringing Islamist fighters into the country. Greece condemned the attack.

The attack illustrates the tensions in the country. The city of Darna is an Islamist hotspot with a variety of extremist groups. "On the one hand, we have groups that have always been present in Libya," political scientist Hasni Abidi told DW.

"On the other hand, there are groups whose members have fought abroad and returned to Libya." The latter, Abidi says, are also connected to the Middle East "Islamic State" terrorist group. 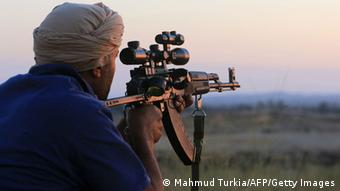 Islamists fight the official government for control of the country

The radical groups are using the government's weakness to their advantage. The state is unable to function normally, and it has lost its monopoly on power. Libya does not even have a functioning government. Its elected, internationally recognized government has fled to the southern town of Tobruk, from where it is trying to rule the country.

Meanwhile, Islamists have set up a government of their own in Tripoli and are trying to rule the country according to their jihadist ideology. The power vacuum is pushing Libya further and further into chaos.

There have been attacks on Coptic Christians, mainly in the port city of Sirte. Some where also kidnapped, one Coptic couple and their daughter were murdered. Sirte is also a hotbed of radical jihadists.

The government has said it is in contact with the major tribal leaders, but a spokesman has admitted that the government has lost control over the areas that have been captured by the extremists.

Meanwhile, the jihadists are trying to seize other areas. "There is a danger that they will attract other like-minded people simply by having a large presence there, and that's also a danger for Europe," Abidi told DW.

For the moment, the extremists are not heading north, but south, into the Sahel, where more and more jihadists have settled. States like Mali, Niger and Chad have lost control over the Sahel parts of their countries as a result. France has said it would start targeting jihadists trying to get from Libya to the sub-Saharan region. 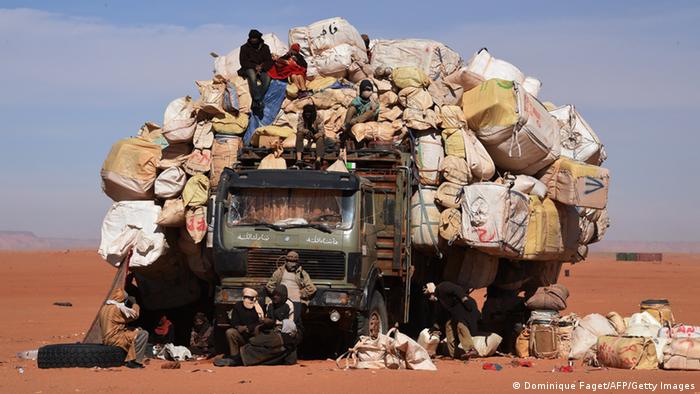 On the border between Libya and Niger

The pitfalls of dialogue

The efforts of the United Nations to mediate between the two camps have failed. A recent meeting was cancelled - officially because no suitable, safe venue could be found.

It is not clear, what political course could bring Libya back on the right track. The "Libya Herold" daily is skeptical of the measures employed by the West so far. It says the free elections had pushed back the Islamists, but that the effect didn't last. Now they're threatening the elected government.

The paper also criticizes the international community's suggestion of "dialogue," which in this case means putting a democratically elected government on a par with its non-elected challengers in #link:18183442:UN-backed talks in Geneva. "to support dialogue under these circumstances undermines the basis of democracy and, with it, the very process that NATO intervened for," it says.

This type of "dialogue" was an invitation to the rebels to continue on the path of violence, the paper says, adding that the rebels would interpret the offer in their own way - that only the strongest will survive. According to the paper, there is only one solution - to distance oneself from the extremists.

A national roadmap was needed and fresh elections, Abidi believes. Ideally, the elections should happen without too much influence from abroad. "Because, in the end, Libyans can only solve this conflict themselves and out of free will."