The advance of Sunni insurgents in Iraq threatens Baghdad, but Tehran is also watching the situation with concern. Iran hopes the Maliki government can repel the rebels without setting off a widespread war. 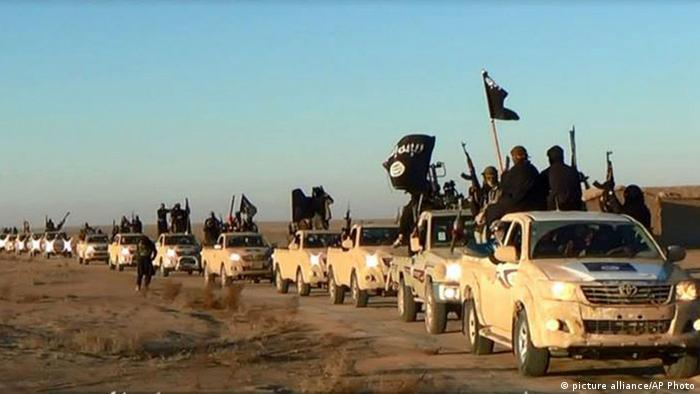 Tehran has pledged its support to the government in Bagdad following the rapid capture of several cities in northern Iraq, including the second-largest city, Mosul, by the jihadist group Islamic State of Iraq and Syria (ISIS).

"The Islamic Republic of Iran will apply all its efforts on the international and regional levels to confront violence, extremism and terrorism," Iranian President Hassan Rouhani said on Thursday (12.06.2014) on Iranian state television.

Troops along the Iranian border with Iraq's Kurdish regions have been put on alert, according to the Iranian news agency ILNA. Flights from Iran to Bagdad have been cancelled or redirected to the southern city of Najaf.

"Iran dos not want war between Shiites and Sunni" 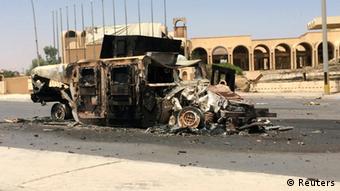 The mainly Shiite Iran is concerned not only about its own security but also that of the Shiite population and some holy places in the light of the success of the ISIS fighters, who are led by Abu Bakr al-Baghdadi. Iran shares a 1,500-kilometer (932-mile) border with Iraq. Several important holy sites for Shia Muslims, including the city of Kerbala, are located in Iraqi.

But the direct involvement of the Iranian military on Iraqi soil is unlikely, according to Iranian journalist and Middle East expert Mashallah Shamsolvaezin.

"It is a limited number of fighters that use guerilla tactics," he told DW of the ISIS terror group's strength.

ISIS has managed with relatively simple means to send the entire region in a state of shock, Shamsolvaezin said, adding that the weakness of the Iraqi army had been exploited by the rebels. Shamsolvaezin said he believes the offensive probably received tactical support from former military members of Saddam Hussein's Baath Party, which was neutralized by the Maliki government.

"The capturing of more cities is unlikely" 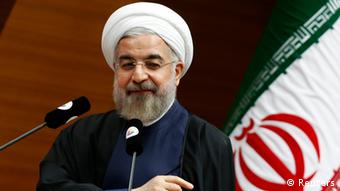 Although the advance of the terrorists affects the interests and the security of Iran, Shamsolvaezin said Iraq would have to make a formal request for Iran's support before Tehran would send any troops. Such an intervention would be labeled as a Shiite against Sunni war and the Iranian leadership wants to avoid a religious war. Shamsolvaezin added, however, that if it were to come to Iranian military involvement troops, including the special forces in the Revolutionary Guards, would be able to "to expel the ISIS fighters from Mosul within 24 hours."

"From a strategic point of view, the ISIS troops lack air support and the connection the centers of command," he said, adding that the insurgents don't have the necessary transportation and communication capacities for an extended war. They also lack heavy artillery and an air force. The continued advance and capture of additional cities, as announced by the extremists, would therefore be a very difficult venture for the ISIS fighters.

There are considerations among the Iranian leadership to cooperate with the United States to help the government in Bagdad to fight the extremists, according to Reuters news agency.

On Friday, US President Barack Obama called ISIS a long-term, regional problem that could potentially pose a threat to the United States. While ruling out the deployment of ground troops, Obama said the US would consider military aid for Iraqi forces.

UN says hundreds killed in Iraq, US urges al-Maliki to do more to fight sectarian violence

The UN's Human Rights Office warns of "acute vulnerability" for civilians in Iraq as hundreds have reportedly died. The US has called on Iraq's prime minister to do more to fight sectarian violence. (13.06.2014)

Europe cannot simply stand by and watch as jihadists gain ground in Iraq, says DW's Rainer Sollich. It's in our own interests to act, because it's also our security that's at stake. (12.06.2014)