Is support for the Hong Kong protests waning?

With just a few hundreds pro-democracy campaigners camped in the streets, the student-led protests in Hong Kong seem to have subsided. But as analyst Rebecca Liao tells DW, the move may be just a temporary retreat. 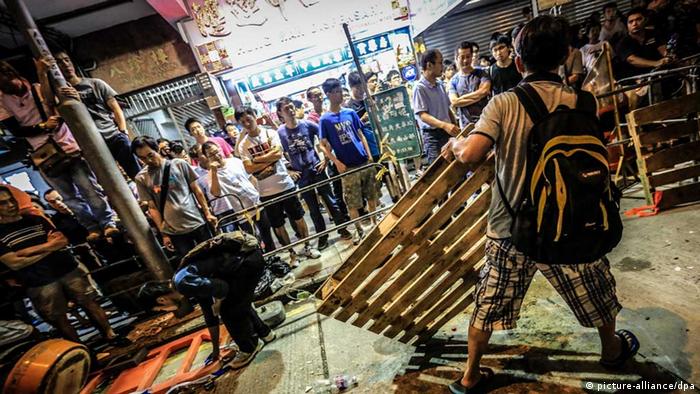 There was a sense that the city of Hong Kong had regained a sense of normality on Monday, October 6, when schools reopened and civil servants went back to work after more than a week of massive pro-democracy protests which had brought parts of China's special administrative region to a standstill. Many Hong Kongers are angry at Beijing's refusal to allow genuine universal suffrage in the city in 2017.

While hundreds of student protesters remain camped outside vowing to keep up the pressure until their demands are met, the number of protesters has dwindled, allowing traffic to flow again. Early talks between the government - led by Chief Secretary Carrie Lam - and the students have started, but many disagreements remain.

Over the weekend, speaking just minutes before an ultimatum for him to resign expired, Chief Executive Leung Chun-ying had offered to meet with student protesters to discuss political reforms. Leung, however, refused to step down. 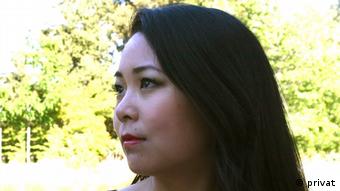 Liao: 'This round of protests will end as soon as a critical mass accepts a compromise offered by the government'

While the recent subdued scenes have left many wondering whether the movement has lost momentum, Rebecca Liao, a corporate attorney and writer specialized in Chinese politics and culture, says in a DW interview that there are no indications that public support for the pro-democracy movement in the territory is waning and that the current calm may be just a temporary retreat.

This round of protests will end, Liao adds, as soon as a critical mass accepts a compromise offered by the Hong Kong government.

DW: Are there any indications that support for the protests may have started to dwindle?

Rebecca Liao: The protests have died down significantly, but there are no indications that this is due to a lack of support. We've come to the end of the National Day holiday. People are going back to work and school. The protestors are tired from the effort of the last week.

While one would hope that violent clashes with pro-Beijing protestors and mercenary thugs would not scare some protesters away, it's hard to imagine otherwise. Enough protesters have cleared out to allow the city, and government officials in particular, to get back to business, but we will have to see if this is just a temporary retreat. Many students have already said they intend to return to the streets after the school day is over.

It is hard to say what the majority of Hong Kongers believe as they remain silent. What we've come to see, however, is that regardless of political persuasion, Hong Kongers are practical.

The students will not risk bloodshed to stand their ground in the face of police warnings, and the government is desperately trying to broker an agreement without the involvement of Beijing.

Whether one supports the protests or not, the hope is that Carrie Lam's meetings with the protest leaders will bear fruit. 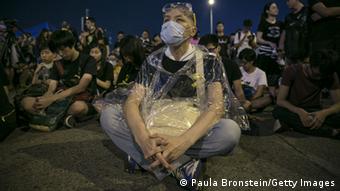 At no point did the protesters intend to cause a revolution, says Liao

The Occupy Central movement doesn't have a centralized leadership. How has this affected the movement's capability to address the HK authorities with one voice?

Until the city's Chief Executive Leung Chun-ying realized he could exploit the fissures between the different groups of protesters, he had no solution to make this go away peacefully.

He only offered the Hong Kong Federation of Students leaders a meeting with Lam. The other faction, Scholarism, headed by Joshua Wong, who is the international face of the protests, was not invited.

Occupy Central, which organized the protests in July, will also not be a part of the meetings. So far, the sheer numbers and media attention have sustained the protest. If Lam can offer HKFS something acceptable, it's highly likely that the other groups will be able to continue the protest on an effective scale, not least because the protestors will no longer trust one another.

Hong Kong has regained some sense of normalcy with many protesters vacating central city streets and civil servants returning to work. Student leaders are still preparing to present their arguments to the government. (06.10.2014)

Is China's gateway to global financial markets in danger?

Hong Kong has long been one of the world's most important financial centers. But this status could change if China reacts too severely to pro-democracy protests currently disrupting the city. (03.10.2014)

As deadlocked as the situation seems, there are many complex dynamics in play. And whatever "solution" is reached in the next few months will only be temporary.

Reporters on the streets speak of a feeling that the "end game" may have well begun. What is your view on this?

In the sense that both sides want resolution at this point, yes, the end game has begun. At no point did the protesters intend to cause a revolution.

They all claim to want "universal suffrage" in electing the Chief Executive, but, in keeping with the issues that sparked these protests, each has their own idea of what this is exactly. It's not an uncommon problem for mass movements to have such varied constituents.

The outcome, unfortunately, is that without a unified goal, the olive branches extended by the government will seem increasingly attractive, and it will become clear that the group that first accepts an offer will walk away most satisfied. This round of protests will end as soon as that first agreement with the Hong Kong government is reached.

Are there any indications that the HK authorities are willing to give in?

Hong Kong authorities need to find a face-saving solution that will be acceptable to Beijing. Despite any obstacles they face with organization, violent attacks and simple fatigue, the students will not go quiet until they feel some sort of concession has been made.

The danger is that both sides have outwardly towed a hard line. Anti-protest rhetoric from the mainland grows stronger by the day while students have stated since the beginning that their goal is to roll back Beijing's decision on Chief Executive elections in 2017. 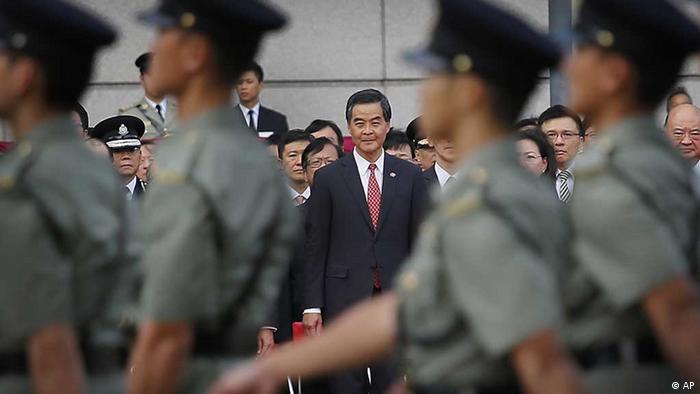 Any sort of compromise will have to look beyond the issue at hand. The election of the Chief Executive by universal suffrage is off the table. There are still many other areas of agreement, however. The method for electing the Legislative Council has not been set in stone.

Deliberative democracy, whereby citizens may give input into political decisions without directly controlling them, is becoming increasingly popular on the mainland and may be introduced into Chief Executive elections.

Then there are a host of civil liberties that Hong Kongers consider to be their birthright that the protesters fear the mainland would in time defang. Greater assurances for freedom of speech, press, assembly would be welcome.

One final thing I'll note - though this is not at all an exhaustive list -, Wong and many fellow students were first motivated to protest because they were alarmed at the introduction of mainland history textbooks into the Hong Kong school curriculum. Compared to universal suffrage, the promise to not interfere in education seems like such an insignificant goal, and yet there are few goodwill gestures that are as achievable.