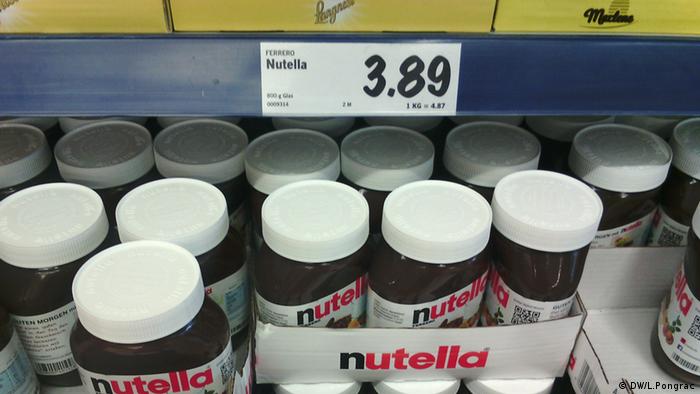 Ferrero has changed their recipe for Nutella and the spread now contains 8.7 percent of powdered skim milk, compared to 7.5 percent previously, the Hamburg Consumer Protection Centre said on its Facebook page.

The group also discovered other changes by comparing old and new jar labels. Specifically, the company boosted the content of sugar, which already accounts for over one half of the products total weight. An average jar of Nutella now has 56.3 percent of sugar, instead of 55.9 percent. Cacao is now listed further down on the label.

"As the color of the new Nutella is lighter, we are working on the assumption that skimmed milk powder was added at the expense of cacao," they said in a Facebook post last week.

On Tuesday, Ferrero acknowledged to tweaking their recipe, but said that "the quality, the sourcing and all other aspects of Nutella ingredients remain the same."

"The ingredients list is, as usual, displayed on the jar and on the Nutella webpage. All relevant aspects, from a diet perspective, are the same," the Italian company added through its German subsidiary.

The company is under no legal obligation to disclose cacao content, as well as many other aspects of their product.

Recently, Ferrero found itself in hot water after Hungarian food safety agency said that the Nutella spread sold in Hungary appeared "less creamy" than its counterpart in Austria. The report is part of a larger outcry about global companies dumping inferior versions of their products in eastern Europe.