IS declares new leader after death of al-Baghdadi 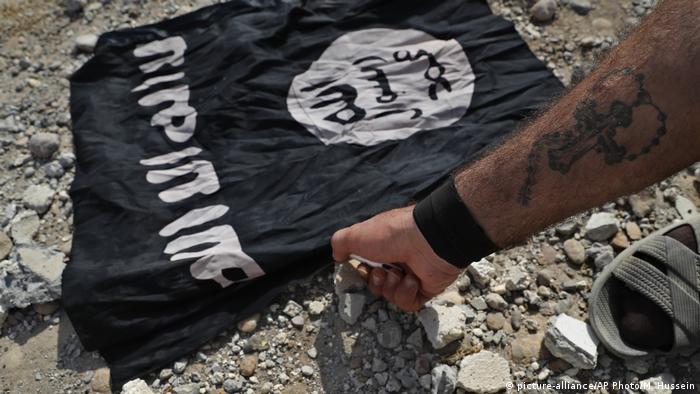 The "Islamic State" (IS) group on Thursday named a new leader after it confirmed the death of Abu Bakr al-Baghdadi by US forces in northwestern Syria days earlier.

In an audiotape posted on the terror outfit's media arm, the al-Furqan Foundation, a new spokesman identified the new "caliph" as Abu Ibrahim al-Hashimi al-Qurayshi.

It was not immediately clear who the name Qurayshi referred to as the group often usesnoms de guerre, but it appeared to try to trace his lineage, like Baghdadi, to the Prophet Muhammad's Quraysh tribe.

"The Shura Council met immediately after confirming the martyrdom of Sheik Abu Bakr al-Baghdadi. The leaders of the Mujahedeen agreed after consultation with their brethren and acting according to the will of [Baghdadi] they pledged allegiance to Abu Ibrahim al-Hashimi al-Qurayshi as the new leader of the Believers," the new spokesman said.

IS also confirmed the death of its spokesman Abu al-Hassan al-Muhajir, a close aide of Baghdadi who was killed in a joint US and Syrian Kurdish operation near Jarablus in northern Syria on Sunday, just hours after the US raid on the IS leader's hideout in Syria's Idlib province.

The new spokesman, named Abu Hamza al-Qurayshi, urged followers around the globe to support the new caliph and stressed IS was not deterred by the death of Baghdadi.

"So don't rejoice America for the death of Sheik al-Baghdadi," the speaker said. "Don't you know America that the state [IS] today is at the doorstep of Europe and is in Central Africa? It is also expanding and remaining from east to west."

The speaker was referring to IS affiliates in Asia and Africa, as well as cells and former members in Europe.

IS took control of large swaths of territory in Iraq and Syria in 2014.

Iraqi forces claimed defeat over the group in 2017. The US-backed, Kurdish-led Syrian Democratic Forces vanquished the territorial caliphate in Syria earlier this year. The group maintains an active guerilla force in Iraq and Syria.

Western intelligence officials have warned IS cells could carry out revenge attacks for Baghdadi's death.

Abu Bakr al-Baghdadi was killed in a special forces operation in the Syrian province of Idlib, according to the US president. His death is considered a crippling blow to the once-influential militant group. (27.10.2019)