Some have said that Ireland's vote to grant gay couples the right to marry could help further the cause in Germany. German law currently only allows gay people to enter registered partnerships. 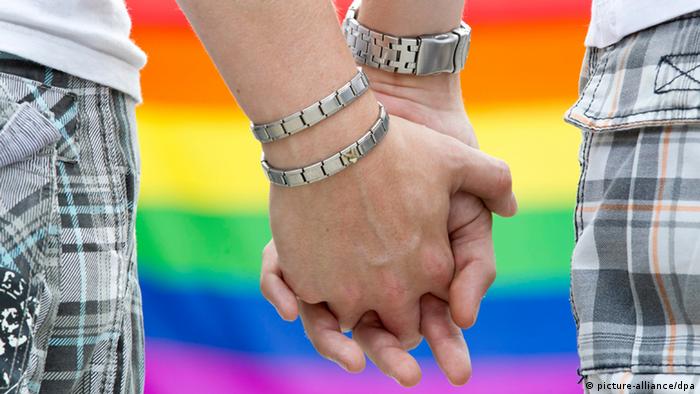 The spokesman said the legislation was designed to grant gay couples more rights, closing the gap between the status of their registered same-sex unions and marriage.

Maas himself was quoted by Spiegel as saying that he planned amendments to a total of 23 pieces of legislation and regulations, which would grant registered gay partnerships more of the rights already enjoyed by married couples.

"This is a further step towards full equality," Maas said.

The changes that Maas is planning to introduce have their roots in the coalition agreement reached between Merkel's Christian Democrats and their partners, the Social Democrats, following the 2013 general election. While they did agree on several points designed to grant gay couples increased rights, they were not able to agree on changes that would give them the full rights of marriage. Maas told "Spiegel Online" that this would be "difficult" to do under a grand coalition government.

However, the changes that Maas is expected to propose don't go far enough for some.

"There is no factual reason not to make marriage available to same-sex couples," Lüders said.

She also called on the Bundestag lower house of parliament to take the initiative on the issue in a non-partisan manner.

"The right to marriage for lesbians and gays is a human right, it does not belong in party politics," she said, while also expressing confidence that if the issue was put to a vote, a majority of lawmakers would support gay marriage.

The parliamentary leader of the opposition Green Party, Katrin Göring-Eckardt said she believed that Friday's vote in Ireland would further the issue in Germany, telling the newspaper "Die Welt" that now "even Ireland has overtaken us."

The calls for faster change haven't only come from the opposition either.

"One would have to think that what the Irish can do, we can do too," Christian Democrat lawmaker Jens Spahn said." "The general population is often further along than we think."

In Friday's referendum in heavily Catholic Ireland, 62 percent of those who voted, cast their ballots in favor of enshrining the right to gay marriage in the country's constitution. Ireland's Justice Department confirmed on Sunday that it planned to start drafting same-sex marriage legislation this week.

It's one of those hypothetical meets you'd like to listen in on: Oscar Wilde and David Norris, two wildly different people, perhaps united by their sexual orientation. The one gave the other one purpose - or vice versa? (23.05.2015)

Vote counting is underway in Ireland after a national referendum on whether to legalize gay marriage. The tally so far points to a resounding victory for the "Yes" camp, although no official results have been announced. (23.05.2015)