The designated candidate to be Iraq's new prime minister, Mohammed Allawi, has announced the withdrawal of his candidacy. The news came just hours after parliament adjourned a session to approve his cabinet choices. 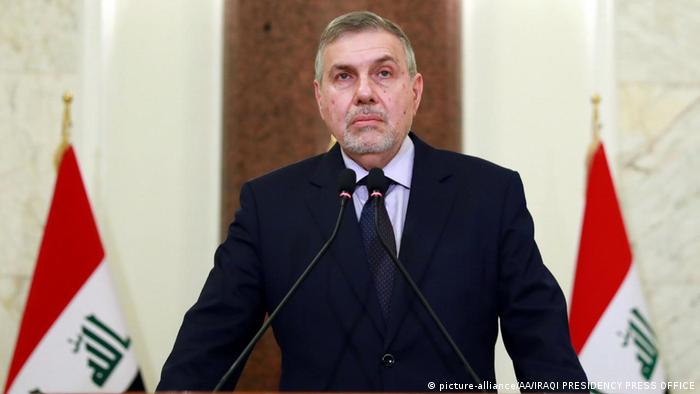 Iraq’s Prime Minister-designate Mohammed Allawi withdrew his candidacy on Sunday, just hours after the parliament adjourned a session to approve his cabinet because of a low turnout of lawmakers.

Allawi took to twitter to say that "certain politicians had placed obstacles in his way".

President Barham Salih was expected to begin discussions to choose a new candidate for prime minister in the next 15 days.

“If I agreed to offer concessions, I would be prime minister now, but I tried everything possible to save the country from sliding toward the unknown and resolve the current crisis. But the negotiations hit repeated snags,” Mallawi said in his address to the nation.

The announcement to quit from the prime ministerial race comes after two failed attempts to secure a plenum to vote on his cabinet in the parliament. Out of the 329 lawmakers in the parliament only 108 were present for the session on Sunday.

Former communications minister Allawi was appointed by Salih for the post of Prime Minister-designate in February after lawmakers from rival parties failed to zero in on a successor to Abdul Mahdi who had resigned in December, following the pressure from anti-government protests.

In the meantime, Mahdi stayed on as the caretaker prime minister but he is set to quit on Monday.

Allawi was given a month’s time to form a government which was expected to organize early elections.

The Iraqi capital, Baghdad, has seen anti-government demonstrations over the last few months. Allawi’s proposed reforms and anti-corruption policies had come under fire, with the protesters saying it wasn't enough. They also said that he was chosen by the political elite and not the people.

The five-month-long protests have left 550 people dead and 30,000 injured. Apart from a political limbo, the country is also caught in the middle of tensions between Iran and the United States.

Hours after Allawi announced his withdrawal, two rockets hit the Green Zone in the capital. One rocket landed near the US embassy. This is the latest in a series of attacks targetted at US assets since October. No one has claimed these attacks but the US accuses Iran-backed military group Hashed al-Shaabi, which is an Iraqi state-sponsored organization.