Iraqi Prime Minister Haidir al-Abadi has sacked his electricity minister. Protesters had demanded his departure after weeks of demonstrations against corruption, poor services and power shortages. 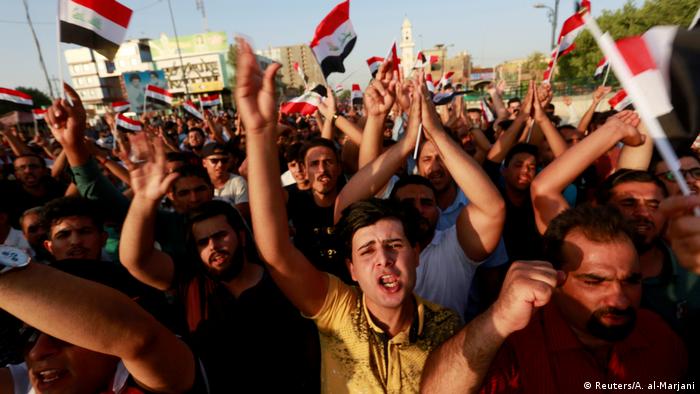 Iraqi Prime Minister Haidir al-Abadi has sacked his electricity minister. Protesters had demanded his departure after weeks of demonstrations against corruption, poor services and power shortages.

Iraq's electricity minister Qassem al-Fahdawin was suspended on Sunday amid weeks of mass protests over a lack of jobs, rampant corruption and widespread electricity outages amid soaring temperatures.

Prime Minister Haidir al-Abadi made the announcement on his Twitter account, saying the suspension was due to a "poor performance of the sector." Many Iraqi cities and towns experience regular power cuts — households get only a few hours of electricity a day — despite billions of dollars being spent since the 2003 US-led invasion.

At least two previous electricity ministers have been accused of corruption, including over millions of dollars' worth of fake contracts.

The protests first erupted in Iraq's oil-rich southern province of Basra before spreading to neighboring regions and north to Baghdad. They turned violent earlier this month. Security forces opened fire on angry demonstrators attacking and burning government buildings and political party offices. Several protestors have been killed and hundreds wounded during the mass mobilization. Hundreds more have been arrested.

Iraq is waiting for the results of a manual recount of some of the ballots cast during May elections amid claims of vote-rigging. On Saturday, Abadi approved the dismissal of local election chiefs in Kirkuk, Anbar and Salahuddin. Those in charge of overseas election offices in neighboringTurkey and Jordan were also sacked. The five officials will be put on trial, a judicial official said on Satuday.

Meanwhile Al-Abadi, who is seeking a second term in office, is in charge of a caretaker government for the time being. Al-Abadi led the country in the four-year war against "Islamic State" (IS). He is credited for hastily rebuilding the Iraqi army and defeating the group in its major Iraqi stronghold of Mosul in July 2017, with assistance from the United States. 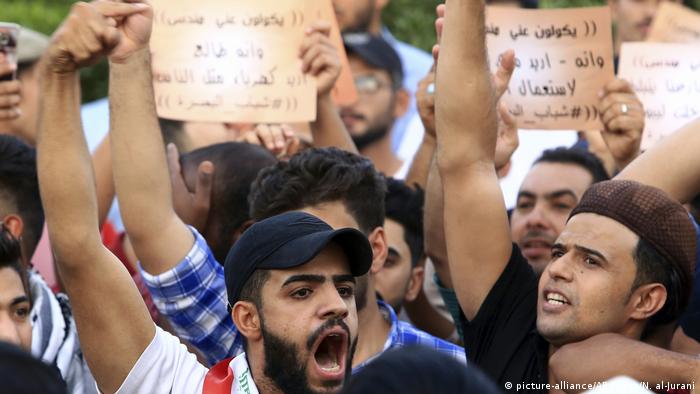