Parliamentary elections have been held in semi-autonomous Iraqi Kurdistan. A year after a failed bid for independence, one of the parties has said it will not recognize the results. 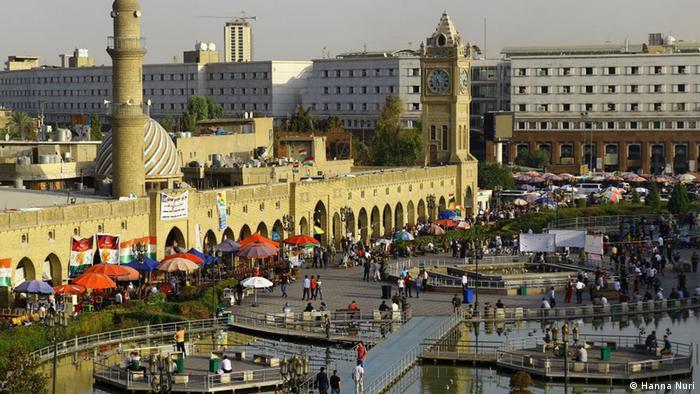 Iraqi Kurds went to the polls on Sunday to vote for a new parliament, a year after a failed bid for independence brought reprisals from Baghdad.

The traditional political heavyweights, the Kurdistan Democratic Party (KDP) and Patriotic Union of Kurdistan (PUK), have shared power in the region and at a national level since 2005.

The main opposition Gorran Movement is seeking to maintain its influence after struggling in the wake of its founder and leader Nechirvan Mustafa last year. Islamist and reform parties are also vying for seats in parliament.

Only about 40 percent of the 3.85 million eligible voters were expected to cast a ballot, with many in the electorate disillusioned after years of debt problems, corruption and cuts to public salaries. 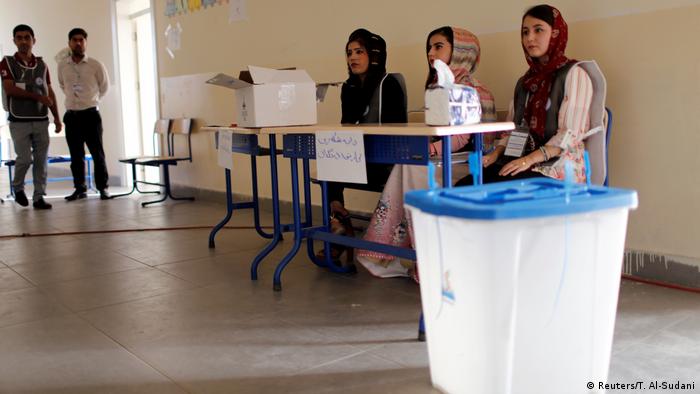 A polling station in Erbil

There is also widespread disillusionment at the failure of the current government to realize the dream of independence cherished by many Iraqi Kurds after a 2017 referendum that saw more than 92 percent voting in favor of breaking with the central Iraqi government.

Baghdad responded to the referendum by banning international flights to and from Iraqi Kurdistan and retaking the key oil city of Kirkuk, which the Kurds had held for three years. The flight ban was lifted in March, but the region remains mired in an economic crisis.

Iraqi Kurdistan has enjoyed a semi-autonomous status since the 1991 Gulf War.

More than 750 candidates competed for 111 seats in the regional parliament. Eleven of those seats are reserved for ethnic or religious minorities — five for Turkmen, five for Christians and one for Armenians.

Current divisions and infighting within the PUK could, however, lead to former President Masoud Barzani's KDP taking the upper hand following the election. In 2013, the KDP won 38 seats compared with the PUK's 18.

The PUK and KDP fought a civil war in the 1990s and there has been rising concern in the region of a renewed conflict between the rivals, each of which has their own militia, in the event there is no powersharing agreement.

Highlighting the tensions and divisions, the PUK said it would ignore the results of the election before other officials within the party retracted the statement.

Preliminary results are expected within the coming days.