Human Rights Watch has accused Kurdish peshmerga forces of executing "scores" of detainees in northern Iraq in 2017. The Kurdish Regional Government has denied the allegation. 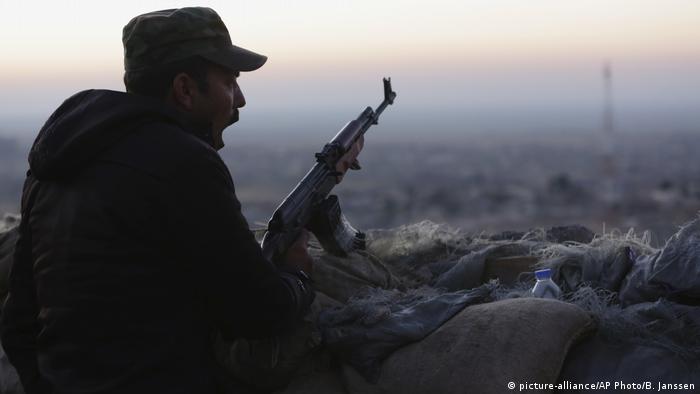 The watchdog said peshmerga fighters executed prisoners at two separate locations from August 28 to September 3 after detaining them at a school in Sahel al-Maliha, some 70 kilometers (45 miles) northwest of Mosul.

The human rights group drew on statements from a retired security force member close to the peshmerga fighters, photographic evidence and satellite imagery to support the accusation.

"Iraqi and KRG authorities should urgently and transparently investigate the allegations of mass executions and hold those responsible to account," Fakih said.

The KRG denied Kurdish soldiers carried out the killings.

Dindar Zebari, an Iraqi Kurd official, said many IS and peshmerga fighters had been killed in clashes near the Syrian border, adding "the corpses of the killed ISIS members in this fighting were probably brought in one place to be buried."

Human Rights Watch said Zebari's explanation did not account for the fact that many of the bodies showed gunshot wounds in the head and were found in clusters far away from known areas of fighting.