At least 320 people are said to have been executed in Iran this year. Drawn from official and unofficial sources, the figures highlight the dark side of a state that sees fit to kill an average of two people a day. 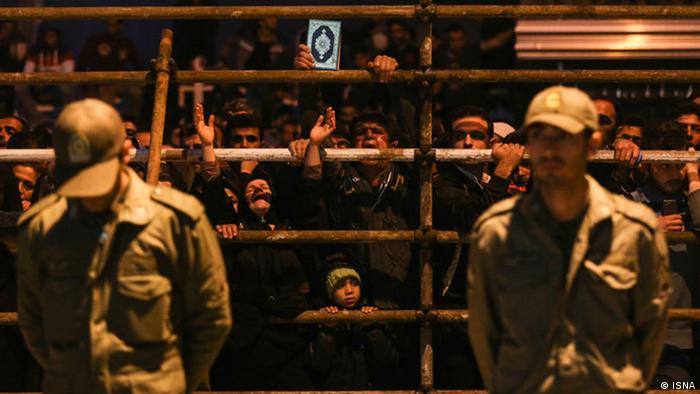 Over the past 10 years, the number of those executed in Iran the name of the law has risen exponentially.

Back in 2005, just under 100 people were made to pay for their crimes with death. Although the figure seemed high at the time, it pales in comparison to the 687 known to have swung in the gallows last year. The increase did not happen overnight, but crept up on the society it regulates, changing the rules as it advanced.

Until last year, between 70 percent and 80 percent of those executed were sentenced on drug-related charges, such as illegal drug possession and trafficking. In 2013, however, that number fell to around the 60 percent mark. Activists attribute the drop to a campaign calling on the United Nations Office on Drugs and Crime (UNODC) to stop its cooperation on fighting drug crimes in Iran.

Several countries, including Norway and Ireland, responded by stopping funding to the law enforcement section of the UNOCD program. Denmark withdrew its Iran funding entirely. 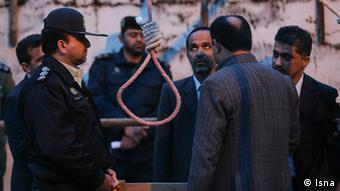 Mahmood Amiry-Moghaddam of the Norway-based Iran Human Rights (IHR) said it has put the Iranian authorities under pressure, and gone some way to having the desired effect. "We have noticed a relative decrease in the numbers of people executed for drug trafficking," he said.

An eye for an eye, a life for a life

But there has been a nasty side-effect. While there has been a reduction in the number of narcotics-related state-sanctioned hangings, the past two years have seen a spike in those executed after being found guilty of murder. Eighteen people in 2012 compared with 148 last year.

Amiry-Moghaddam said the upward trend has continued in the first part of 2014, and is widespread enough to read like a coordinated effort.

"The Iranian authorities are compensating for the relative reduction in one group with an increased number in another," he said. "It seems as if there is an order from above to keep executions at a certain level. And that level is constantly increasing."

Citing a series of directives allegedly issued by the head of the judiciary from 2007 onwards, co-founder of the Abdorraham Boroumand Foundation, Roya Boroumand said the rise in executions would appear to be a cold-blooded effort to address the issue of overcrowding in the country's prisons.

"It is very cynical, but experts had been complaining about the problem for years," she said. "And these official statements sent by the head of the judiciary said there should be an effort to clean the prisons and close the files." Boroumand said she believes that is synonymous with execution. 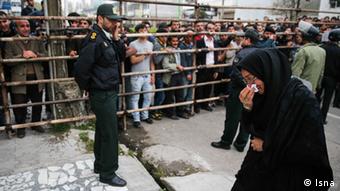 Despite the figures researchers and activist have collected and independently verified, she said it is very hard to know the true scale of what is going on in Iran's prisons.

"What we have heard is only an indication," she said. "The fact that many are reported by non-official sources shows that something very serious is happening." And not only in response to drug and murder charges.

On the watch of a moderate president

Since 2013 Amiry-Moghaddam has also recorded a rise in the number of executions of those he would define as political prisoners, but who are dubbed by the state as terrorists engaged in waging war against God.

It is a worrying new trend, not least, he said, because with "moderate" Hassan Rouhani in the president's office, Teheran has managed to create a positive enough image on the international stage to deflect attention from its liberal use of the death penalty.

The rise in executions was particularly notable during the first four or five months after Rouhani came to power, and it began just days after the elections. "But when he went to New York, not one journalist asked him about the situation," the IHR spokesman said. "They managed to overshadow the reality through him being on Facebook and Twitter."

Drawing out the Supreme Leader

In a system that gives the supreme leader, Ayatollah Ali Khamenei, rather than the president complete power over the judiciary, Gissou Nia, executive director of Iran Human Rights Documentation Center, said it is important to knock at the right door.

"I really feel we need to be drawing the supreme leader out of the shadows," she said. "The human rights community should be calling on him, and demanding some accountability in that regard." 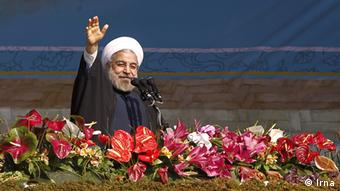 Nonetheless, in failing to refer to the issue, Amiry-Moghaddam said Rouhani gives the impression that he does not disagree with the widespread use of capital punishment, which undermines his claim to be a moderate.

It also sends a mixed message to the international community, which despite potential leverage in terms of lifting sanctions, has kept its distance. As far as Roya Boroumand is concerned, the West has its eyes too firmly fixed on the nuclear questions - and now, increasingly, the advance of insurgents in Iraq - to see the pattern behind the rising numbers of executions .

"Considering this a side issue only makes things worse," she stressed. "The leadership knows the world is interested in something else, so that is a good time to do whatever is not going to look good."

Iran and the struggle for equality

First came the Facebook site dedicated to unveiled women, then the Cannes kiss, and finally the "Happy" YouTube video that ended in arrest. DW looks at the struggle for basic freedoms and gender equality inside Iran. (30.05.2014)

Iranian President Hassan Rouhani and his Turkish counterpart have pledged closer ties, as the two nations seek to set aside their differences. Rouhani's visit to Turkey is the first by an Iranian president since 2008. (09.06.2014)

Opinion: The right to life is inviolable

The court handed down a life sentence to former Iranian prison official Hamid Nouri after he was accused of taking part in the mass killings of dissidents in 1988.

Prisoners of war from Azov: Do the fighters face the death penalty in Russia? 21.05.2022