Renowned Iranian photographer and filmmaker Shirin Neshat is back with Looking for Oum Kulthum, a film tracing the life of a legendary Egyptian singer. Neshat spoke to DW ahead of its June 7 release in Germany. 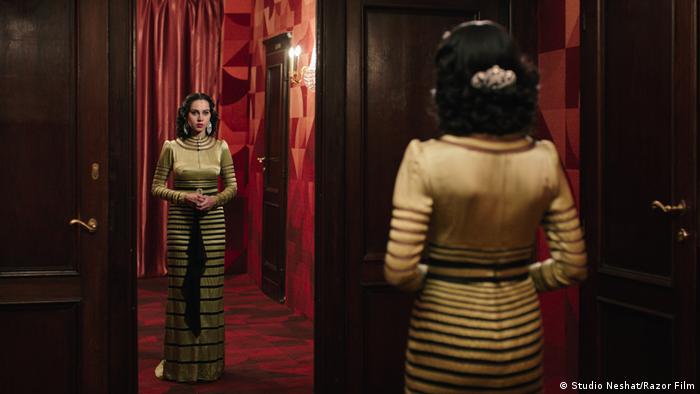 "I've been working on this film for seven years. And I think it's enough!" said New York-based Iranian director and photographer Shirin Neshat following a screening of her latest feature, Looking for Oum Kulthum.

Oum Kulthum was a beloved Egyptian singer born in 1898 who is still revered for her extraordinary voice. But her persona had an impact far beyond the stage. As an Arab woman, Kulthum had to overcome severe gender inequality to become a star that continues to inspire millions of women more than 40 years after her death.

Neshat's biopic also has an autobiographical dimension, in that it revolves around an Iranian woman artist who sets out to capture the life and art of the iconic singer.

The filmmaker premiered the work at the Venice Film Festival last September — she won the Silver Lion at Venice in 2009 for her first feature, Women without Men — and it will be released across Europe in the coming months. It has already been surprisingly well received in Egypt. 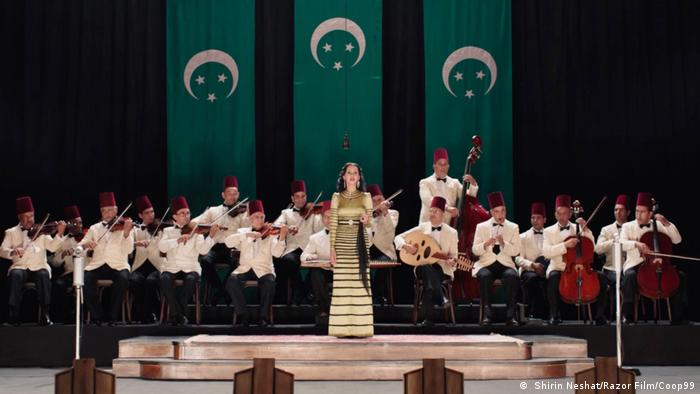 A scene from Looking for Oum Kulthum, about the legendary Egyptian singer

Women artists in a man's world

"What do women have to sacrifice to make a career in a male-dominated world?" the director asked in an interview with DW after a screening of the film in Berlin. "How did Oum Kulthum deal with the expectations as a star, but also as a woman who did not conform to a traditional image?"

Ultimately, as Neshat acknowledges, these questions go far beyond Oum Kulthum and Egypt. "They concern all women who, like me, have to reconcile art, career and children," she said

Neshat was determined to become an artist from a very early age, something unthinkable in the Iran of the 1960s and 1970s. Her father, a liberal-minded doctor, was not enthusiastic about her career choice yet allowed his daughter to leave Iran to study art in the US in 1974.

The 17-year-old could not have imagined that only five years after leaving Tehran an Islamic Revolution would stop her from returning home for decades. "Those years were the most traumatic years of my life," Neshat said. "[I was] a young person who was not quite at ease with the American culture and desperately wanted to go home, but it wasn't possible."

Many of Neshat's photographs, videos and feature films have subsequently focused on themes of exile and homeland.

When she could finally visit Iran in the 1990s for the first time after she left, Neshat conceived a photo series, Women of Allah, which examines the complexity of women's identities in the shifting cultural landscape of the Middle East. 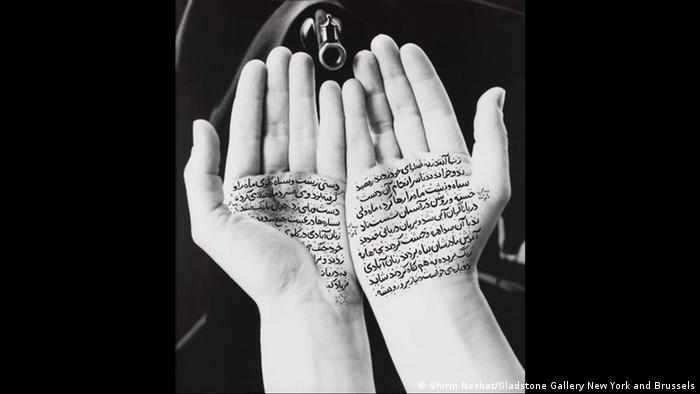 A chador, a rifle, hands and a poem — a typical shot from Neshat's series Women of Allah from 1996

The work comprises of black-and-white shots of a chador-wearing woman holding a rifle that is aimed at the viewer. The woman is Neshat herself. Her face and legs are also painted in Farsi calligraphy comprising texts by the 13th century Persian poet and mystic Rumi, in addition to words by contemporary Iranian poets.

The project put Neshat on the international stage and soon she would be winning major prizes at global art showcases like the Venice Biennale.

Women on the political front line

Neshat's short black-and-white video Rapture from 1999 addresses the sociopolitical and psychological dimensions of women's experience in contemporary Islamic societies, while her feature film debut, Women Without Men, tells the story of four different women who break free from their husbands and families during the 1953 US-backed military coup that reinstalled the shah of Iran in place of a democratically-elected government.

Women Without Men won the Silver Lion at the Venice Film Festival, yet Neshat cautions that the work should not be remembered as an exercise in political history.

"My work is not a direct response to a political crisis," Neshat said. "It rejects concrete time references." She reiterates that she doesn't want her art to become "political rhetoric," but is focused on timeless themes like female identity. 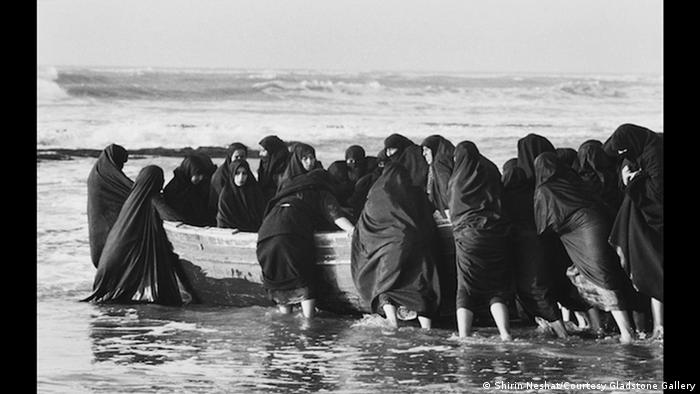 One of the last scenes from Shirin Neshat's video Rapture (1999)

Although the trauma of exile has long affected Neshat, her ever-growing body of art has helped her deal with her dislocation and to overcome nostalgia for a lost homeland.

In 2010, The Huffington Postnamed Neshat the artist of the decade. And in 2017, her impressive resume was further recognized when she received the prestigious Praemium Imperiale award in Tokyo for her life work, while the same year she directed Verdi's opera Aida for the Salzburg Festival in Austria.

Though having no opera experience, Neshat put her own mark on the story of the Nubian princess captured and enslaved by ancient Egyptians. "It was exactly the kind of story I work with: women under the pressure of political tyranny and religious fanaticism," she told DW. 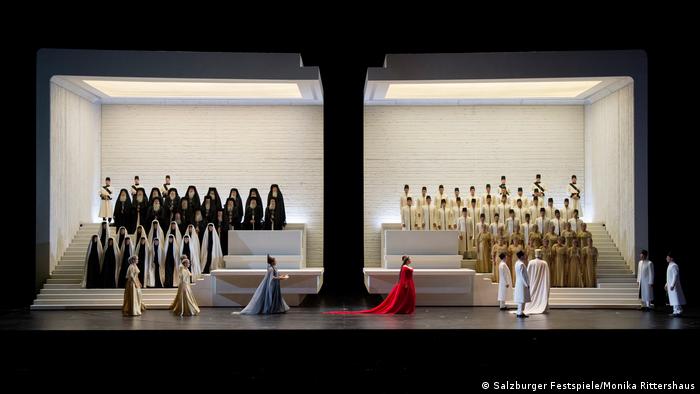 Neshat is currently working on a new semi-autobiographical film about an Iranian woman who has lived in an exile in New York for 40 years, and who is experiencing the changes the US has gone through since Donald Trump was elected president.

While she admits that the plot indeed has many references to her own life, she ultimately hopes to give the audience a Middle Eastern and female perspective on a critical era in American life.

She was strong. She was outspoken. She didn't just open doors for women, she kicked them down. The Nigerian women's rights activist and politician, Margaret Ekpo, helped change the face of politics in Nigeria. (24.03.2018)

An exhibition in Leipzig shows how artists from the Tumblr and Instagram generation use the internet and social media to reflect on the ideals of female beauty. Here's a preview of some of the works on show. (11.01.2018)